Market totters, then calms down

Budget was more poor-friendly than unfriendly to the rich, say experts 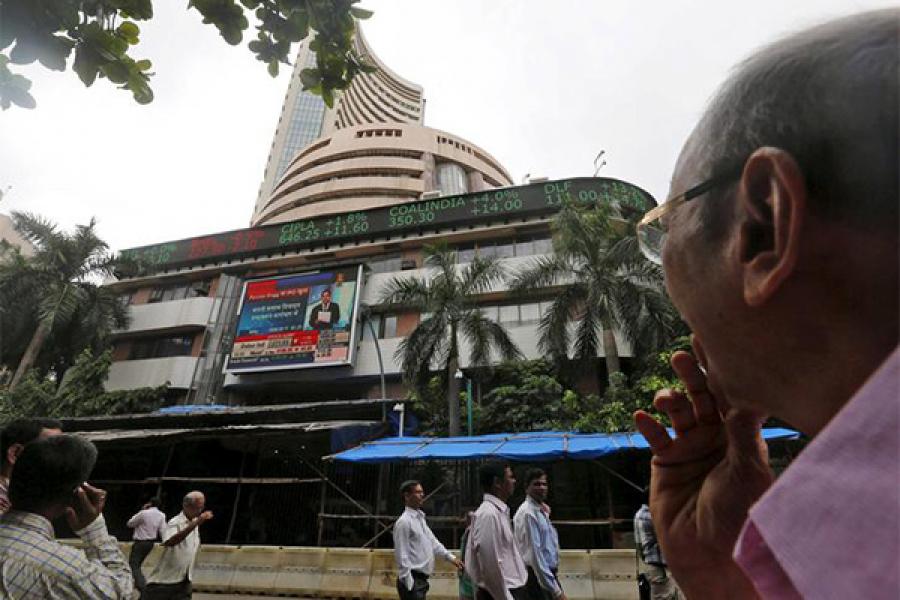 The markets were at their volatile best on the day Finance Minister Arun Jaitley presented his government’s budget. The Sensex opened at 23,238 points and went down by 3 percent as the budget talked about taxing the rich. The index later closed at 23,002 points (down by -0.66 percent). An extra dividend tax, a low incentive for PSU banks and an STT on options traders initially spooked the market.

It expected a long-term capital gains tax on equities. But that did not happen. This was one tax that could have taken the equity markets into a downward spiral. But while the market traded low, the bond market rallied as Jaitley said that the fiscal deficit target of 3.5 percent of gross domestic product (GDP) was easily achievable for 2016-17. His aim of taking the number to 3 percent for FY 2018-19 elated the bond markets as 10-year bonds rallied and yields fell by 15 basis points to 7.63 percent. “This also means that we can expect a rate cut into the future as we are in a deflationary environment and lower fiscal deficits means good news,” says R Sivakumar, head-fixed income at Axis Mutual Fund.

But unlike the bond markets, the equity markets fell sharply initially and recovered. The finance minister went for the jugular of investors who make more than Rs 10 lakh in terms of dividend income. Apart from the corporate tax on dividends, individuals who earn more than Rs 10 lakh will be charged an additional tax of 10 percent. “This is something that will hurt the markets because listed Indian companies are owned by promoters rather than institutions. Promoters in India make money mainly through dividends and an additional tax of 10 percent is surely going to hurt them,” said a private HNI investor.

“Considering the fact that the Indian markets have a dividend yield of 2 percent, then to make a total income of Rs 10 lakh simply means that the individual investor should have shares worth Rs 5 crore to attract this extra tax. This will not affect investors in the equity market as they do not have a portfolio of that size,” says Rajeev Thakkar, chief investment officer of Parag Parikh Mutual Fund.

It is also not clear if this move will hurt investors who do dividend stripping which takes place when they buy a fund just before dividends are announced and sell the fund shortly after the NAV of the fund becomes ex-dividend. This way, they can pocket the tax-free dividend and also offset losses on this investment against other stock market investment.

But Abhimanyu Sofat, co-founder of advisesure.com, a financial advisory company, feels that income tax doesn’t normally distinguish between equity dividends or equity mutual fund dividends. “This is surely going to curb dividend stripping,” he says. He expects promoters to give out huge dividends for FY 2016-17 as it will be the only time when the dividends will not be taxed.

Sofat also feels that the big area of change is employee provident fund where it is being brought closer to NPS. “This move is positive for the capital markets because up to 50 percent of the contribution in NPS can be in direct equity. I see more money into NPS as we see the difference between the EPF and the NPS getting reduced due to withdrawal of EPF being taxed. In the case of NPS, you are getting additional deduction of Rs 50,000 while investing. In both the cases, you will now be required to remain invested till retirement. By getting EPF and NPS on the same platform, the government is trying to get in more money into the equity markets,” he says.

STT on Options was one of the big dampeners which was raised to 0.05 percent from 0.017 percent which will hurt derivative traders. “Raising the STT on options comes as a surprise. This would surely increase the impact cost for the average trader. We expect traders to feel the pinch and shift from traditional brokerages to discount brokerages to offset this increase in trading expenses. For the market makers who provide for liquidity in the market, this would prove as a deterrent as their margins would be impacted,” says Shrey Jain, founder and CEO, SASOnline.in, a discount broking firm.

The market expected a huge package for the recapitalisation of PSU banks to around Rs 40,000 crore. But when the finance minister announced that number at Rs 25,000 crore, the market gave a big thumbs down. But as the day progressed, the banks that had seen their stocks go down initially saw them close in the black. ICICI Bank was up by 2.79 percent and SBI was up by 1.38 percent at the close of the day.

The markets started to calm down by the end of the day as people saw through the fine print and realised that the finance minister was trying to do a budget that was more poor-friendly than rich unfriendly and possibly trying to boost rural demand.

“The government is saying that I will give you as much as you want. If you start your own business, I will give special incentives. The FM is telling us to create our own opportunities and create the jobs for others as well. In one track, he is attacking the social system. So lets ignore the markets for a moment and let us concentrate on fundamentals and we will get the markets right in the end. Short-term movement of the market doesn’t have any long-term consequence,” says Vikaas Sachdeva, CEO, Edelweiss Mutual Fund.