China’s Business Climate Gets the Nod

Chinese and foreign companies are optimistic about doing business in China. That’s the overall finding from the CEIBS Business Climate Survey 2012 which polled executives from both groups in China 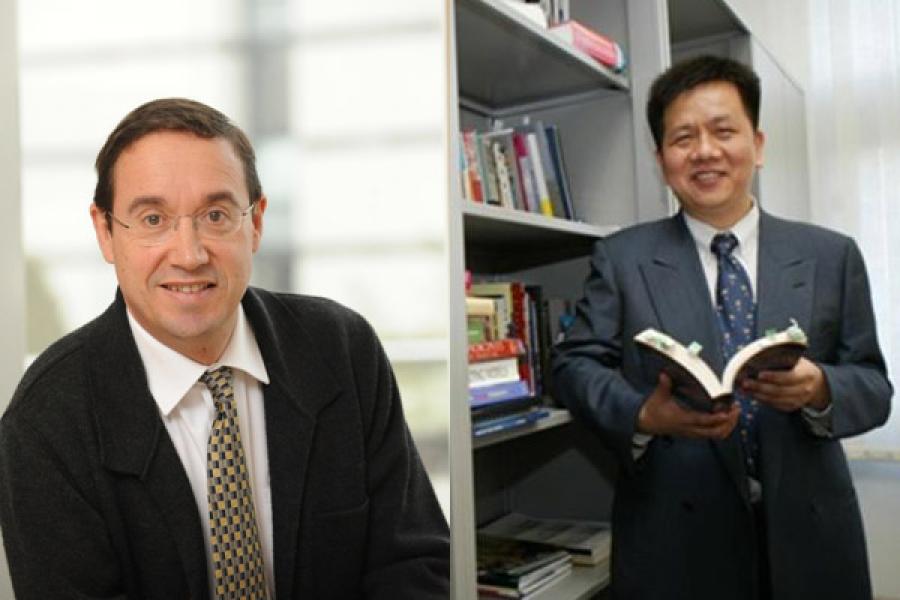 As the economic slump drags on in the developed world, China is increasingly seen as one of the few places where businesses can still make a healthy profit. This perception is spot on, according to the CEIBS Business Climate Survey 2012 which polled executives from Chinese and foreign companies doing business in the Asian country.

One vital component of the survey is the confidence index, which shows that both groups are optimistic that their businesses will do well in 2012. And looking ahead to the next five years, Chinese companies are slightly more bullish about China. They have a confidence level of 7.24 – on a scale from zero (no confidence at all) to 10 (maximum confidence) – versus 7 for foreign companies (see chart 1).

Chart 1: How confident are you about 2012, and about next five years? 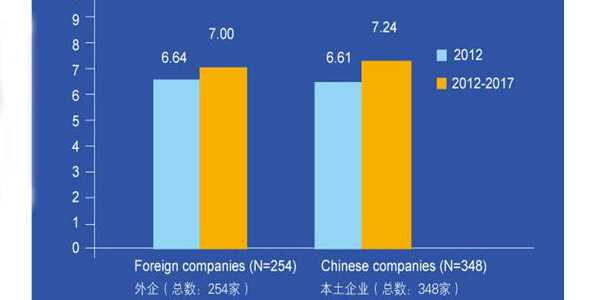 The CEIBS Business Climate Survey 2012 is aimed at helping firms better understand the challenges and success factors of doing business in China. A team of CEIBS researchers analysed the responses of 602 executives on a wide range of important issues such as business performance in 2011, level of confidence, concerns and success factors.

Our results show that, for both foreign and Chinese firms, three quarters of them saw their revenue grow in China in 2011; and most of their operations in China are quite profitable. Overall, both groups are confident about the country’s economic outlook for the next 5 years. However, there are a few big challenges for their continued success. These include HR issues, rising costs, and a slowdown in economic growth in China.

For Chinese firms to continue being successful in China they should:  pay more attention to corporate governance, invest more in R&D and other innovation activities, and provide more value-added services. Merely focusing on low prices will not be effective. Our advice to foreign companies doing business in China: As the competition from local Chinese firms becomes stronger and stronger, foreign firms need to i) pay more attention to recruiting and retaining management talent, and ii) invest more in developing innovative products and business models that will better fit with local market needs.

Challenges and opportunities
Chinese and foreign companies are aware of the challenges caused by the slowdown of economic growth in China but they are still optimistic about doing business in the country in both the short and mid-term.

This optimism stems from their companies’ performance in 2011. 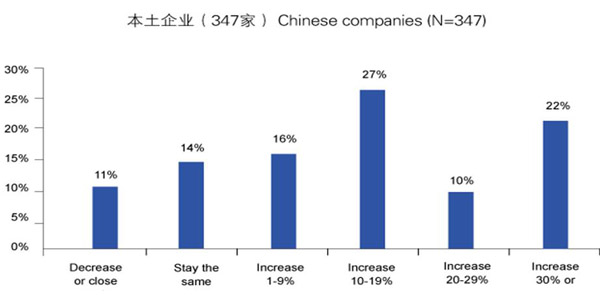 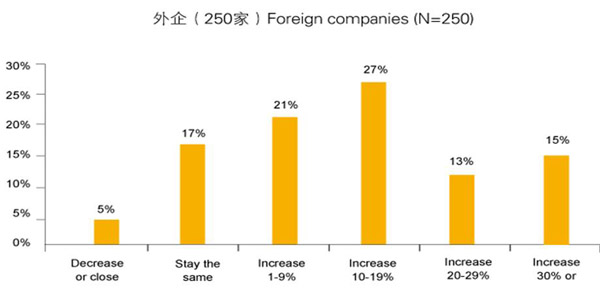 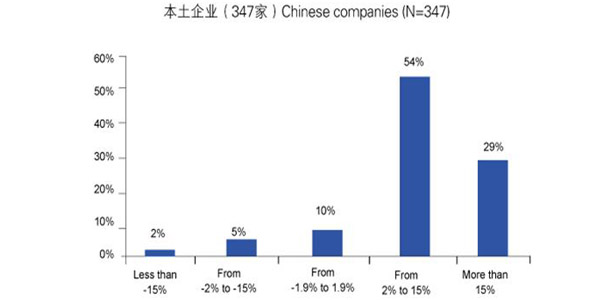 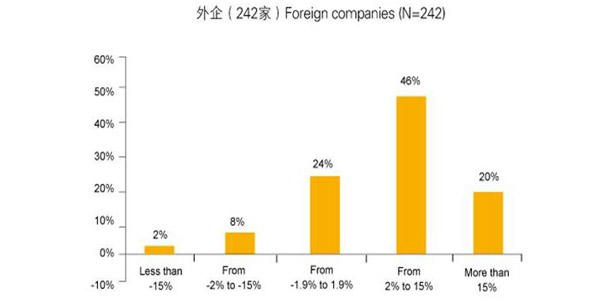 Looking Ahead
When we asked how they prepare their companies for future challenges, the answers from the two groups were quite different. While Chinese companies point to business transformation as the key factor, foreign companies place human resources management on the top of their list. Another interesting difference is that Chinese include corporate governance as one of their top priorities while foreigners don’t even mention it.

Key Success Factors
There are some differences between the two groups in terms of factors that they think are critical to their success (see chart 4). While Chinese companies consider the quality of their management team the top factor, foreign companies point to selecting, training, and retaining key employees.

Another interesting difference is that innovation is ranked number two by the Chinese companies, but it occupies only fifth place on the foreigners’ list.  This might signal a change in strategy by Chinese companies who are moving away from pure price competition to more value-added activities. It might be the consequence of an increase in the cost of raw material and the labour force. In other words, Chinese firms found it difficult to win the market by just competing on the basis of price." 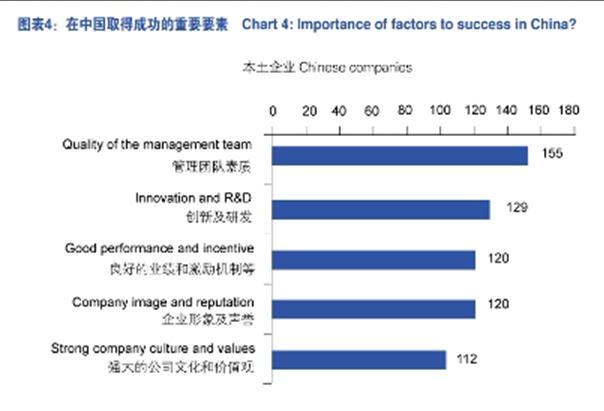 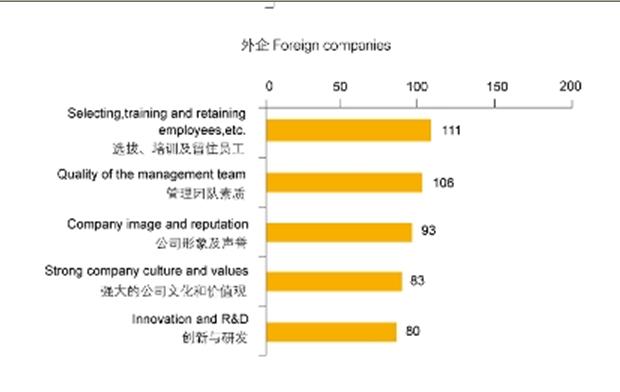 Survey Participants
The survey was completed by 602 executives who occupy a variety of positions in their organizations. Among them were 228 CEOs, GMs, and company owners while the rest represented all the main business functions: HR, Finance, Marketing, Sales, Operations and Research & Development. Of those executives, 78% were male and 22% female. They have an average of 14 years of work experience. This broad and experienced sample added rich and valuable perspectives to the survey.