Arun Kumar, of Strides Arcolab, has sold Agila, his cash machine. He is now turning to the bio-similars market 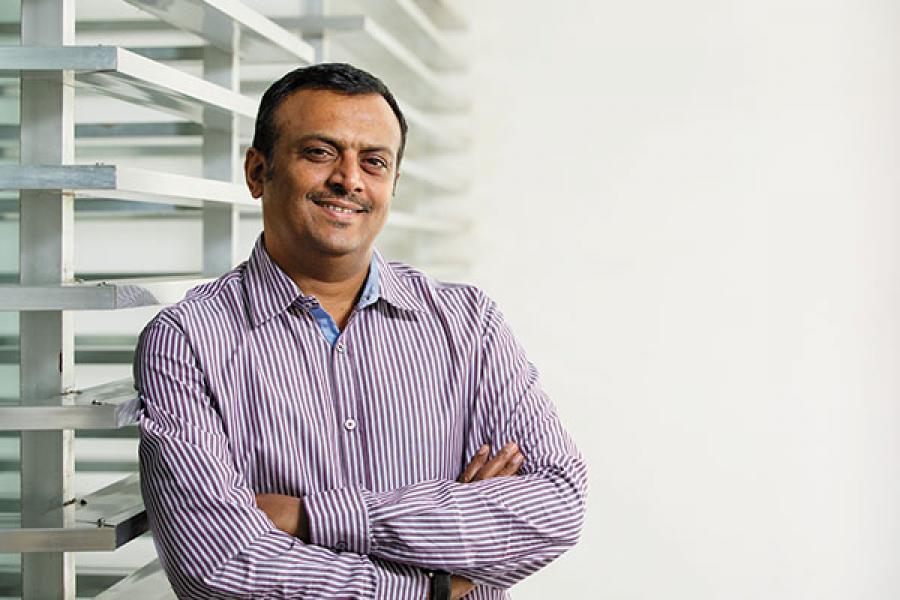 Image: Mallikarjun Katakol for Forbes India
Arun Kumar knows that the next round of growth in specialties will not come from having the India advantage

"We’ve been able to squeeze the rupee and create a lot of value. You must assume that we’ll do it again," says Arun Kumar, without any hint of hubris. The founder and group chief executive of Strides Arcolab is responding to what may be bothering many: Will he be able to bring the zing back into Strides’ legacy pharmaceutical business, now that the flagship specialty unit is gone?

Those who’ve known Kumar would hardly doubt his assertion. "An astute entrepreneur," is how Kiran Mazumdar-Shaw, chairman and managing director of Biocon, describes him. "He has been ahead of the curve and unlocked value at the right time. That’s his business model."

On February 28, when everybody was busy parsing the finance minister’s budget speech, Strides quietly broke the news of selling its specialties subsidiary Agila to US pharma company Mylan, in an all cash deal worth $1.6 billion. There’s an additional consideration of up to $250 million if Strides meets certain conditions.

At nearly seven times its sales, Agila’s valuation is as good as it can get, though Strides could have gotten a little more money if it had waited for some more time. The global shortage for injectables is acute, with big names like Hospira, Teva and Sandoz having had to deal with regulatory hurdles.

For Kumar, it’s a fully priced transaction. He says he’s left enough on the table for the buyer. Mylan needs the infrastructure Agila has created, and will remain ‘an employee friendly’ company. But the markets don’t seem to agree. On the day after the announcement, Trides stock was down 11.5 percent from its previous closing. At the time of writing the story, three weeks later, it was still trading 6.22 percent below the February 28 closing.

Analysts believe investors perceive a void in the parent company after the subsidiary’s exit, which was arguably on steroids—it contributed 58 percent of sales and four-fifths of Strides Ebitda (earnings before interest, taxes, depreciation and amortisation).

But Kumar is cool and aloof, as ever. “The market never shares anybody’s excitement, it creates its own excitement,” he says matter-of-factly.

It didn’t understand him when he was building Agila—until his deal with Pfizer in 2010 to supply 40 off-patent products to the US market—and it doesn’t understand him now, he says, when he is building the biotech generics business. With the acquired startup Inbiopro Solutions (which will be renamed as Strides Biotech) and the legacy business of Strides, he says, the company will achieve current revenue levels in three years.

The Cash Flow Machine
Good teachers can have a lasting impact, and Kumar’s stint in Bombay Drug House in the mid-1980s turned out to have just that. It was one of the first Indian companies to export finished products, and Kumar worked his way from production to the international business. So, when he started out on his own as a ‘buying agent’ for European companies, his guiding principles were clear: Exports, partners and scale-to-sell.

In the mid-2000s, he began to lay the foundation of Agila by investing in R&D, and by 2008 the business picked up pace. That is when he decided to restructure the company into pharma and specialty, hiving off Agila as a subsidiary. He had found both niche and scarcity value in Agila’s sterile injectables; it grew rapidly, but only to be lobbed off to a big pharma’s court.

Kumar understood that the next round of growth in specialties wouldn’t come from having the India advantage, which was all about operational excellence, quality and compliance. Strides needed new markets to be built, which requires time, capital and different skills. It was time for Strides to let go of Agila.

The same philosophy worked in Australia, where Strides built the single independent generics business of scale; in just four years Strides was several times bigger than any Indian generics entity in that market. “That made us the logical choice [for acquisition] for any big company entering Australia,” says Kumar. Sure enough, Watson scooped it up for AU$375 million in 2012. Strides made 3.5 times its investment.

Past performance cannot be a measure of future success. But it can certainly validate the business philosophy, which, for Kumar, rests in enduring partnerships. Even as a ‘freelancer’ he valued it. After all, very few entrepreneurs get funded by their customers. Kumar was: One of his Swiss buyers lent him $2 million in 1992, in exchange of adding Arcolab to the company name. “That [money] changed my life,” Kumar reminisces.

In the past few years, Strides has forged partnerships with many big pharma companies, including Pfizer, GSK, Novartis and Eli Lilly, even as many such alliances with other Indian companies have floundered. Kumar says he’s invested time and money into these partnerships, “made the partner feel big” although the deal was small in scale. So, when he says his next blockbuster business will be in biotech generics, there are hardly any reasons to disbelieve him. He isn’t naming his international collaborators, but hints they are established biotech companies.


But, biotech generics won’t follow the same trajectory as injectables: The biotech generics (or bio-similars) market is just $2 billion to $3 billion globally, whereas the patented biotech drugs market is expected to touch $200 billion by 2017. Apart from scientific rigour, the unclear regulatory pathway for biotech generics in developed markets makes the road ahead bumpy.

“Kumar, like many of us, is an early entrant in this space, which is not yet crowded,” says Mazumdar-Shaw, whose company has a pipeline of bio-similars. Both Strides and Biocon are building modern manufacturing plants in Kuala Lumpur. By end 2014, when the plant becomes operational, Strides will allow its biotech partners to manufacture biopharmaceuticals in that facility, perhaps even ahead of what its own biotech arm will churn out in terms of monoclonal antibodies and other biopharmaceuticals. Which is also why, he says, by 2015 the biotech unit will breakeven.

Meanwhile, it’s his pharma business that Kumar believes will see a turnaround. It won’t grow inorganically, he is quick to add. The company has a very high Abbreviated New Drug Application filing history, which was, until now, overshadowed by Agila’s high profile growth. These filings will also be yielding results. They already are. For a few years Strides Ebidta was around 10 percent, now it’s 20 percent. “More than the top line, I am going to focus on improving the Ebitda; pay more attention to R&D,” says Kumar.

Calculating returns
Kumar seems to have a penchant for numbers; he has them at his finger tips, from his first seed capital of Rs 5 lakh, to the 700 percent returns he’s now given his investors. After retiring debt, interest and tax, Strides will be left with about $1,050 million by the end of 2013, from which it will distribute $800 million in cash to shareholders (implying Rs 725 per share).

Employees will get $50 million, for which he took the board’s approval even before the transaction began. “We are in a highly compliance-driven business and it’s people who make quality and compliance possible,” he says.

“His corporate credibility will significantly go up once the cash he’s promised to shareholders actually lands in their hands. This is quite heartening… some other promoters have used the sale proceeds for diversifying into various businesses,” says Abhishek Singhal, analyst at Macquarie Equities Research.

To his credit, Kumar has even capped the investment in biotech at $100 million.

For an entrepreneur who “enjoys being reclusive”—it also gives him time to pursue his passion in cooking—Kumar is a surprisingly engaged and sharp angel investor. This was how he spotted Inbiopro, which he acquired for Rs 65 crore to make it his biotech springboard.

“Arun is very quick in analysing and assessing both financial and technical data. This helped us get our first tranche of funding within an hour of meeting him, even prior to a formal funding contract,” says Vishwaprasad Alva, founder of Skanray Technologies in Mysore. Kumar has personally invested in Skanray: The startup turned to him for the second round of funding when it was acquiring L&T’s med-tech business last year. Alva says he avoided the venture capitalist or private equity route because of “much unproductive work in that process”, whereas Kumar has helped them bring in large corporate-style governance in compliance, fiscal planning and management.

Kumar has been an angel investor for over a decade with a series of investments in companies outside the pharma industry. But he’d like those investments to be “personal”. What is public, though, is his next big bet: Sequent Scientific, a contract research and animal health formulations company.

Along with his Strides partner KR Ravishanker, Kumar had bought more than 60 percent stake in PLDP, a listed company, and renamed it Sequent in 2007. And, once again, he’s found the niche. With no serious player in the veterinary generics market, he’s building Sequent as the largest Indian company in this space for exports. “It’ll grow as fast as Agila, if not faster,” he says. “It’ll either become a fantastic cash flow model or a valuable asset.”

Potential buyers must be watching.

Tweets by @forbesindia
Educomp Chairman and MD responds to our story
Maharashtra Drought: The Worst Man-Made Disaster in Years