From Pinki Pramanik to Hermann “Dora” Ratjen, a look at gender-bending in sports 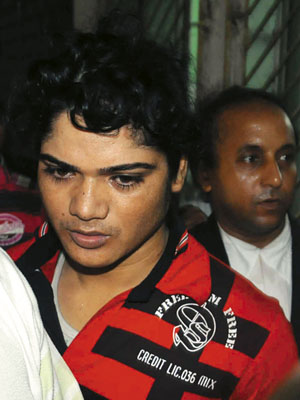 Pinki Pramanik’s arrest after her live-in partner accused Pramanik of rape and claimed the runner is a man has nearly upstaged her gold-medal career on the track. But although Pramanik’s case may be the most sensational, it’s not the only gender controversy in sports, where a sharp line divides men’s and women’s competition even though gender differences­—determined by more than just chromosomes—are less clear.

Hermann “Dora” Ratjen
At the 1936 Berlin Olympics, the German athlete finished fourth in the women’s high jump and set a world record at the European Championships in 1938. His three years of competing as a woman came to an end when fans spotted him sporting facial hair at a train station in Germany. When Ratjan admitted he was a man in 1957, he claimed the Nazi regime forced him into the deception.

Ewa Klobukowska
Klobukowska, a Polish sprinter, took home two medals at the Tokyo Olympics and broke the women’s 100m world record in 1965. But Klobukowska’s career ended just two years later when she was banned from professional sports after becoming the first athlete to fail a chromosome test.

Renee Richards
Born Richard Raskind, she remains the only person to compete in both the men’s and women’s draws at the US Open. After undergoing a full sex change operation in 1975, Richards was banned from entering the women’s draw at the US Open but won the right to compete when the New York Supreme Court ruled in her favour in 1977.

Santhi Soundarajan
The middle distance runner holds several national records but was stripped of her silver medal in the 800m at the 2006 Asian Games after failing a gender test. Soundarajan, who has lived her life as a woman, reportedly suffers from Androgen Insensitivity Syndrome—she has a male chromosome, but has female physical characteristics.

Caster Semenya
The South African runner stunned the world with a near-record time en route to her first world championship title in 2009, but was sidelined from competition for gender testing. The IAAF has since allowed her to compete as a woman and she’s one of South Africa’s best medal chances.