With South Sudan voting for independence from the North, it is set to become the world’s youngest country on July 9. Here are some of the most recent additions to the world map 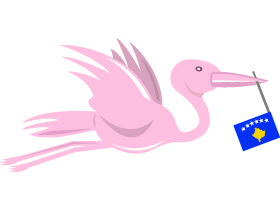 When Yugoslavia disintegrated, new countries were sprouting and borders were being drawn. When Kosovo tried to follow the rest and separate from Serbia, a war broke out. Even when it all ended and Kosovo declared independence in 2008, it wasn’t accepted as a new nation, and still isn’t. The question of the legality of Kosovo’s independence even went up to the International Court of Justice, whose judges were to render an ‘advisory’ opinion on the matter. They ‘advised’ that Kosovo’s declaration of independence was not in violation of international law. But they didn’t ‘enforce’, or ‘declare’. Today countries like India, Russia and Serbia do not recognise Kosovo. 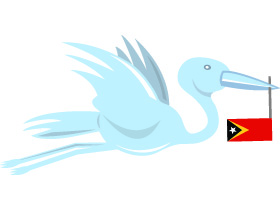 The people of Timor-Leste (or East Timor) have had it tough. They declared independence in 1975, but got it only in 2002. They faced a guerrilla war against the Japanese in World War II (the Battle of Timor), where thousands of Timorese died. The Japanese were ousted, only to be replaced by the Portuguese. When the Portuguese abandoned East Timor, Indonesia annexed it. A brutal and exploitative occupation of the Indonesians culminated in the Dili Massacre. Only then did the world look a little kindly on the ravaged land, and in August 1999, a UN-supervised referendum resulted in a clear vote for independence. After some violent anti-independence struggles, East Timorese independence was formalised on May 20, 2002. It became the first country to be born in the 21st century. 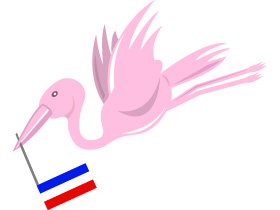 By 1992 Yugoslavia had effectively died. All the nations which were part of the erstwhile Yugoslavian state had gained independence, and were on their separate paths. Only Serbia and Montenegro agreed to maintain the Yugoslav state (or what was left of it) and established a new constitution for a new Yugoslavia in 1992. But like all its neighbours, that couldn’t last either. In 1996, political discord grew between Serbian leadership and Montengrin leadership. In 2002, the name Yugoslavia was discarded for ‘Serbia and Montenegro’, which by 2006 had become ‘Serbia’ and ‘Montenegro’ because the Montenegrins had voted on an independence referendum which was passed and accepted by both sides. 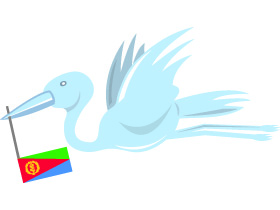 Eritrea’s bad luck began with the opening of the Suez Canal in 1890. Both Eritrea and Ethiopia were colonised by Italy. During World War II, British and Ethiopian troops expelled the Italians and the British took over administration of the territory as a UN Mandate. Eritrea was federated along with Ethiopia by a UN resolution in 1951. But the next year Ethiopia annexed Eritrea. The Ethiopians exploited the Eritreans. Predictably, resentment grew into rebellion and erupted into a 30-year war which ended only in 1991. A UN supervised referendum took place in which 99.83 percent voted for independence. Ethiopia didn’t run the place very well, it seems. Eritrea declared its independence and gained international recognition on May 24, 1993. 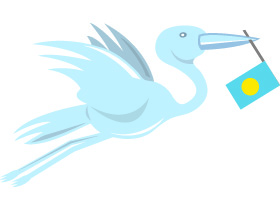 When you look at a map, Palau is nothing more than a dot. Okay, I concede, it’s more of an ink splatter. But that didn’t stop it from being a vital strategic location during World War II, for Japan and the US. In a costly battle, America finally gained control of the islands. After the war, it became a UN Trust Territory of the Pacific, under administration of the US. When four of the other Pacific Trust Territory districts formed a single federated Micronesian state in 1979, Palau ducked out politely and instead opted for independent status which it received on October 1, 1994. Since then it has signed a Compact of Free Association with the US, and enjoys an excellent relationship with the super-power, albeit while it lasts (Palau, I mean, not the relationship. You know, global warming and all…).

Tweets by @forbesindia
Why Gay Employees Need To Come Out
V.G. Siddhartha is Branching Out