The CEO of Mxit, Africa's largest social network, tells Forbes India that they target the bottom of the pyramid and has 55 million users across 120 countries 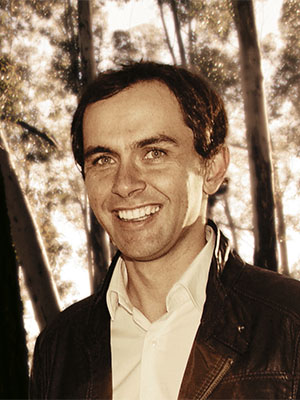 
Q. What is Mxit?
Mxit is Africa’s largest social network. It runs through instant messaging on mobile phones. We have more than 55 million registered users across 120 countries, and our audience is mostly what you call ‘bottom of the pyramid’; they have just one ‘screen’ [mobile phone] in their lives. Over 75 percent of them are in South Africa and the rest mostly in sub-Saharan Africa. There are outliers too: Like 2.5 million users in Indonesia and one million in Mexico.

Q. How did Mxit get here?
Mxit started in 2005 as a possible alternative to SMSes. It was written as a Java application, but then we realised that users needed to cross multiple levels to access our app. So we decided to use instant messaging to keep things simple.

In the beginning there weren’t enough users for people to chat with. So, we created ‘Lucy’, a bot that was always online, and she managed to keep people in the room. Soon we created ‘Foo’, another bot, that was Lucy’s darker alter ego. We were surprised to see people spend an average of an hour-and-a-half talking to Foo!

Within just eight to nine months, Mxit reached 500,000 users. But they stalled because there wasn’t any venture capital available in South Africa and they were down to just two months of cash left in the bank.

In September 2011, World of Avatar, the company I founded two years ago to develop apps for Africa, bought out 100 percent of Mxit.

Q. How does Mxit make money?
Chatrooms, games, and music are our biggest revenue earners. Mxit’s founders wanted to monetise their service without resorting to advertising. They created paid chatrooms where each message costs 2 moolas. Users can purchase 200 moolas by sending an SMS costing 2 rands. Our paid chatrooms generate over $3 million per year, which we share with operators. Today, 25 to 50 percent of chatroom revenues come from advertisements.

Q. What is the secret behind Mxit’s success?
Africa has 650 million phones, of which 610 million are ‘feature phones’. Our platform allows developers to reach most of these customers because we publish to over 2,500 phone models across different operating systems. Hence, our audience is much bigger, and buys directly from us. Developers prefer our platform over that of operators because they want to be independent of operators.

Q. Aren’t you afraid of competition?
We don’t have any competition. Operators try to compete but fail because they don’t know how to publish, and because they work only on their own network. For instance, Vodacom South Africa, which has a 55 percent market share, did one million app downloads from their own app store in six months. At that time, we’d done two million app downloads in two weeks.