Romi Bhatia: We don't have a Donor-beneficiary relationship with India 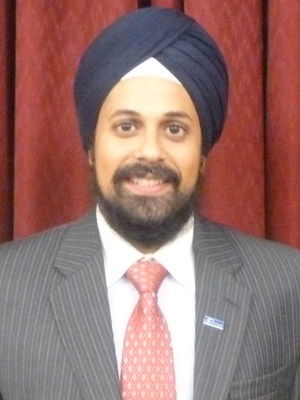 Romi Bhatia is a senior advisor on diaspora partnerships in the Global Partnerships Division at the US Agency for International Development (USAID) in Washington, D.C. The agency is part of a new public-private partnership with Accenture LLP and Cuso International to support and encourage diaspora volunteerism in Jamaica, El Salvador, Ethiopia, Bolivia and the Philippines. In an interview with Forbes India, Bhatia talks about how USAID is working with Indian diaspora communities to achieve developmental goals.

Q: How does USAID work with diaspora communities?
A. The agency has a good plan of how we want to work with diaspora communities and that’s based on two main parts – outreach and partnerships. A lot of my efforts to do outreach are to make sure that we can explain our development policy and our programmes on the ground. Often, diaspora communities want to learn more and they just don’t have enough information on how USAID operates on the ground – how we are operating in India, for example, on the work that we’re doing in the health space. Much of my efforts are to explain and also get feedback from the diaspora. We look at the diaspora groups as one of our non-traditional partners, those we haven’t typically worked with in the past. But we want to because we know we have a lot of common interests and we can leverage each other’s human and financial resources.

Q: What is the nature of your public-private partnerships in India?
A. Our India mission is really re-orienting the way we’re working with the Indian government as some of our other missions are doing around the world. In response to the Indian government’s request, it’s not a donor-beneficiary relationship that exists in many countries where we spend a lot of time helping governments build capacity. India’s in a different place and being part of the BRIC, India is expanding its role and its presence in many regions, including within Africa. So a lot of our conversations in India are how we can do public-private partnerships on the ground. Health is an example. We have several new partnerships that we’ve launched, where we’re looking to get more engagement from US-based Indian diaspora organizations. Often, diaspora organizations have organizations on the ground that they work with in philanthropic efforts, volunteerism, or investments. We want those partnerships to converge.

Q: Typically, in what ways do diaspora organizations want to engage with USAID?
A. Usually, it tends to be around development projects they’ve initiated that they find has value, but they struggle to have it scaled. For example, purification systems for water in villages with poor water supply. Someone from the diaspora who’s very successful in their business here wants to do something back home in their communities. They’ve pilot-tested something and need to create a product in a scalable way. That’s where USAID mechanisms can come in. One is Development Innovation Ventures (DIV), which is stage one and stage two financing, essentially grants to scale up initiatives that have been proved and demonstrated to have an impact. The areas of interest that I tend to hear from the Indian diaspora are often around socio-economic development issues.

Q: How do you leverage private investments for social development in India?
A. With Silicon Valley, we know a lot of very successful Indian entrepreneurs have started businesses and there is a certain flow of investments and capital [for social development in India] that we want to be able to leverage toward development as well. That’s something we touched upon when we came to Silicon Valley for meetings. We had meetings, for example, with TiE [The Indus Entrepreneurs] to see how we could partner with them around the work that they’re doing on entrepreneurship and socio-economic development issues. As incredibly as India has progressed, you still have huge swathes of the population that don’t have some of the most basic needs.

Q: How efficient is the Indian diaspora in engaging and mobilizing resources for social causes in India?
A. When we talk about engagement, we talk about how communities are organized and resourced, not just financially, but the backing and support of individuals in leadership positions – the Indian community has that. The willingness is there, the desire and interest to mobilize is there, and the structure is there because they have these organizations. What’s missing is how to partner with the US government. So my efforts in outreach are to have conversations about ways to partner. Ultimately, the development of India happens there on the ground. The diaspora can play a very important role. We here in Washington D.C. can help to create those partnerships but implementing those would be on the ground with civil society partners.

Q: How do partnerships with diaspora communities lead to better aid delivery?
A. Our office wanted to build a practice of working with diaspora communities so we aren’t just reactive. The floods that happened in Pakistan or after the Haiti earthquake, the diaspora came to us and said they want to be able to do more than just give money. They want to volunteer their time. They’ve done medical missions and they know those communities. In the past, we wouldn’t have an efficient way of engaging with them. Now that we’re focusing on doing it through partnerships, we hope to improve upon it.

Q: How do USAID’s partnerships with the diaspora benefit the US?
A. The ways we partner with diaspora communities to support initiatives in their countries of origin help us in the foreign policy realm. It also helps American businesses because you form these linkages and partnerships. Once these businesses grow, they’ll have opportunities to export to emerging markets. And what better segment of the population than the ones that are from some of those markets to be the conduit and have that kind of market entry.