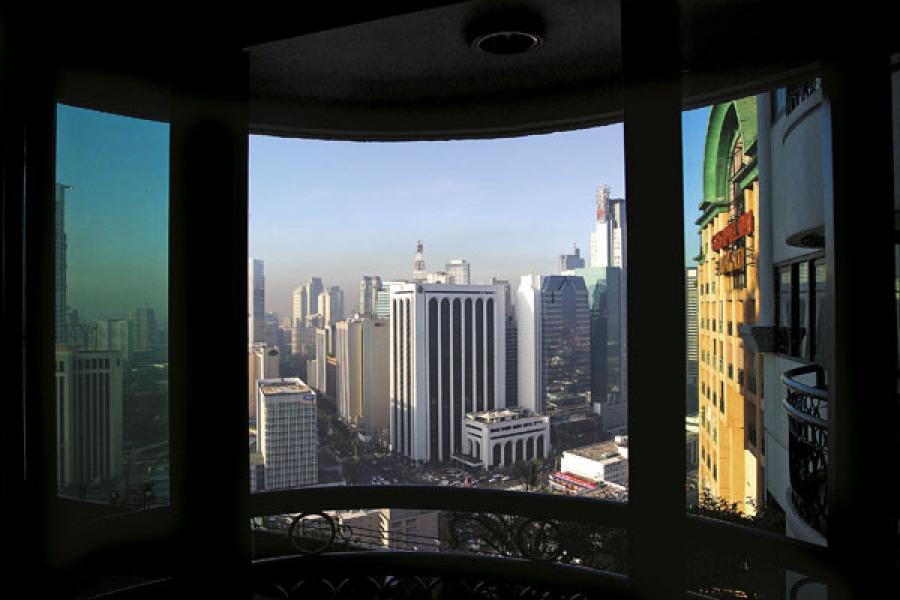 Filipinos are very happy people and have a positive outlook on life even when it is chaotic. There’s a positive energy amidst all the chaos going around in Manila.

Recommendations
My first visit was 15 years ago, but I started going in my current capacity in the last 15 months. The facilities have changed a lot, and for the better.

Manila itself is a business district, but if you’re a leisure traveller there are plenty of sights near Manila. You can go to a lot of large and small islands, where the beaches and waters are fantastic. It’s quite affordable to live in some nice beaches. That is probably the best way to spend time in the Philippines.

When I go to a new city I like to go to places where the locals go. One place I particularly like is Fort Bonifacio. It used to be a large military base, but the military vacated about 20 years ago. Developers are converting it to a new hub within Manila, so there are a lot of new restaurants. They have a mix of regional Filipino restaurants and quite a range of Western and Asian cuisines. Sentro 1771 in the Greenbelt area and Abe Restaurant in Fort Bonifacio are my favourites.

It is a relatively easy city to get around in if you are used to travelling in Western cities. Taxis are the best way to get around. They have a bigger version of autos for budget travellers and meter taxis so you don’t have to be worried about being taken for a ride.

For foreigners, the Makati area is quite interesting. It’s a combination of high street shopping and local markets. It’s probably one of the more prestigious and more established areas for a foreigner to go to because other parts of Manila are a bit more chaotic. For first-time visitors, it might be too much to absorb. If you are living there for many years then you can venture out into other areas.

Tips
Be aware of people around you as there are pick pockets, which is no different from places around Asia.

For the first couple of days, start off in a more established area like Makati and stick to shopping malls. As you get more adventurous, you can branch out and go to the local markets.