Musk opened his California factory this week in defiance of local orders. He has also criticised the response to the pandemic as "dumb" and "fascist" 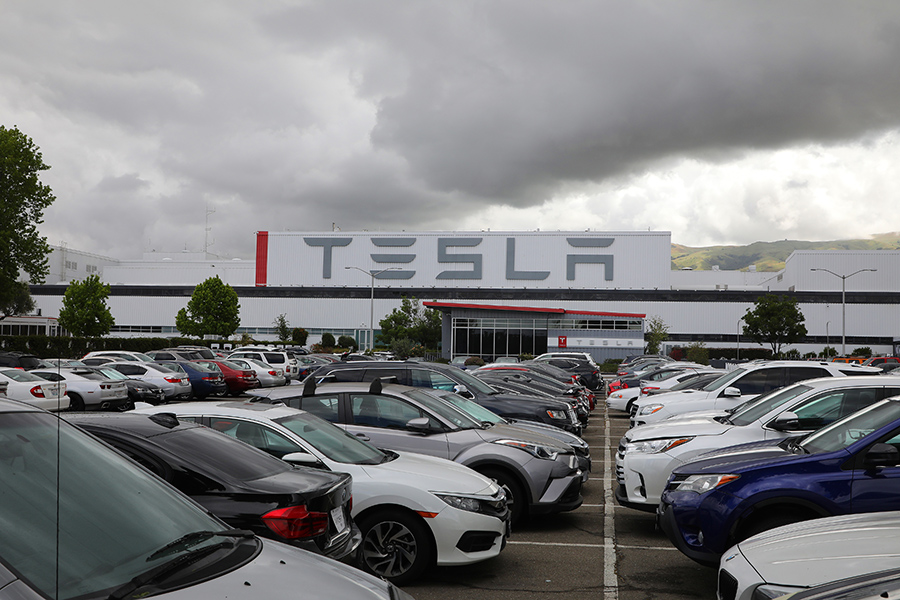 The Tesla car manufacturing plant in Fremont, Calif., Tuesday, May 12, 2020. The employee parking lot was full on Tuesday after Elon Musk said the plant would restart in violation of a county order. (Jim Wilson/The New York Times)