By Rebecca Robbins and Benjamin Mueller 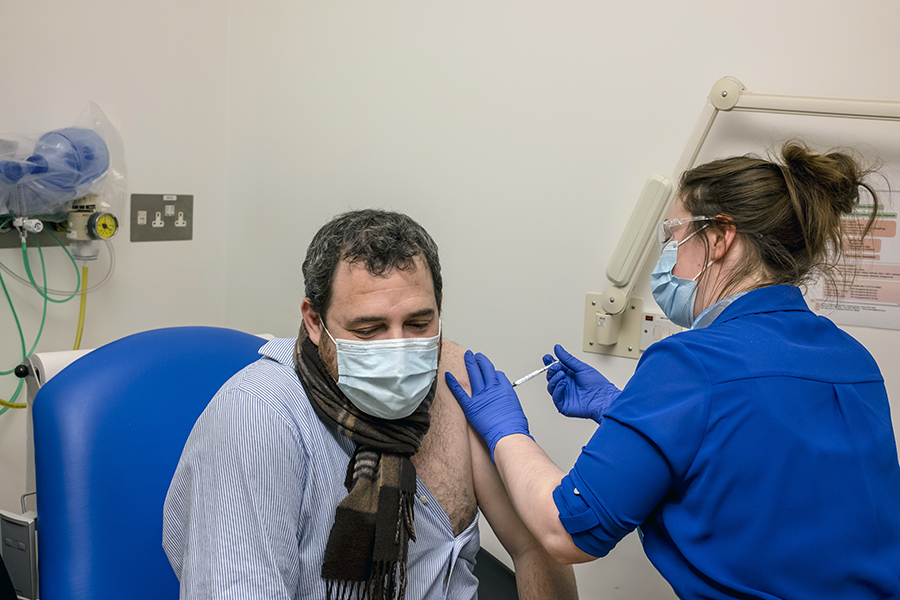 A volunteer in Oxford, England, on Friday, Nov. 20, 2020, receives the coronavirus vaccine made by AstraZeneca and the University of Oxford. The drug maker AstraZeneca announced on Monday, Nov. 23, 2020, that an early analysis of some of its late-stage clinical trials showed that its coronavirus vaccine was 70.4 percent effective, on average, in preventing COVID-19. (Andrew Testa/The New York Times)