Immigrants on work visas, suddenly jobless, must leave US if not rehired

The lives of tens of thousands of workers on skilled-worker visas, such as H-1Bs, have been upended by the economic fallout from the COVID-19 crisis. Many of them Indian, they have been waiting several years to obtain permanent legal residency through their employer, and now face the prospect of deportation 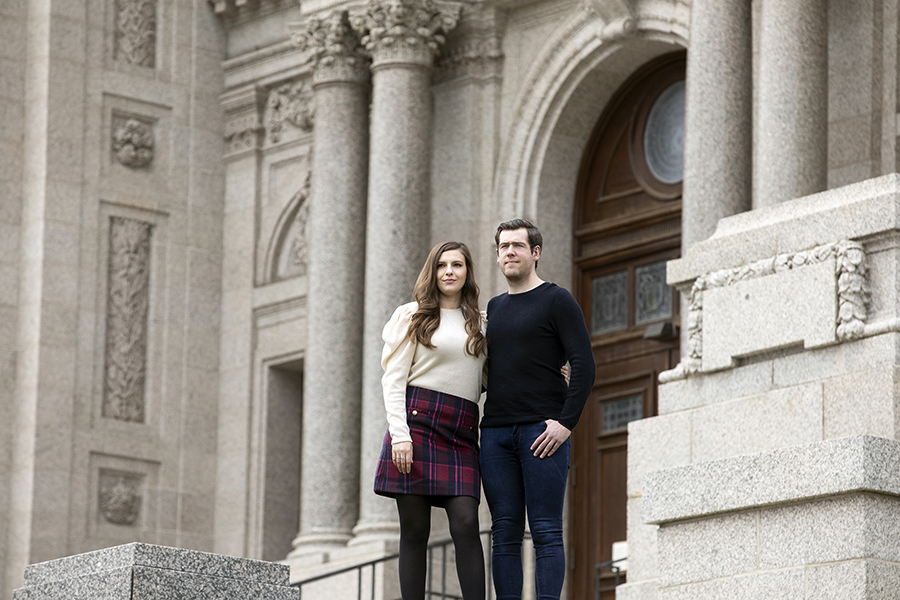 Andrew Jenkins and Krista York of Minnesota, who were set to marry on Aug. 20 at the Cathedral of St. Paul, outside the cathedral in St. Paul, Minn., on Saturday, May 9, 2020. After the coronavirus struck, Jenkins, who is British, lost his job as a market research analyst. The Trump administration is unlikely to allow laid-off holders of H-1B and other work visas to extend their stay in the country amid the coronavirus pandemic
Image: Jenn Ackerman/The New York Times