In late March, as the coronavirus sent India into a nationwide lockdown, Dr Arvind Lal, 70, sprang into action. His Dr Lal PathLabs, one of India's largest diagnostic chains, quickly won regulatory approval to conduct Covid-19 tests, becoming one of the first private labs able to test the country's masses. 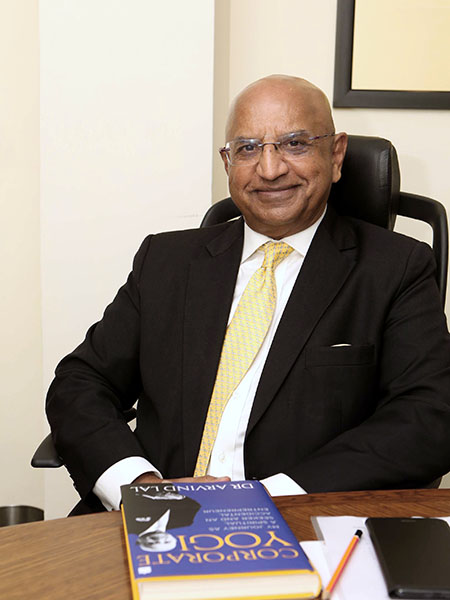 In late March, as the coronavirus sent India into a nationwide lockdown, Dr Arvind Lal, 70, sprang into action. His Dr Lal PathLabs, one of India’s largest diagnostic chains, quickly won regulatory approval to conduct Covid-19 tests, becoming one of the first private labs able to test the country’s masses. That’s been a boon for the publicly traded company, which is now conducting several thousand Covid tests per day across its labs in New Delhi, Kolkata and Indore. While the tests themselves do not add significantly to revenues, the company is benefiting from favourable sentiment toward the diagnostics sector. Shares are up by 19 percent since Prime Minister Narendra Modi instituted India’s lockdown on March 24, enough to make Lal—its chairman, he owns a 57 percent stake in the chain—newly a billionaire. In addition to the tests, which the company says require nasal and throat swabs and can produce a result within 48 hours, it rolled out sample-collection vans to help speed the process, and trained staff in contamination avoidance. “We conduct regular training drills to ensure that safety protocols are maintained,” says Vandana Lal, Lal’s wife, a pathologist who heads its clinical research and R&D. In May, however, the Delhi government, which is monitoring Covid testing in the city, launched an inquiry into discrepancies in the firm’s test reports. The company did not respond to a request for comment on the inquiry. Last year Lal PathLabs—which operates more than 200 clinical laboratories and nearly 6,500 sample-pickup points across India—brought in revenue of $174 million. Lal’s path to billionaire status began in 1977, when he was 28. He had earned his medical degree and was taking a postgraduate course in pathology at the Armed Forces Medical College in Pune. After his father died suddenly, Lal returned home and took over management of the diagnostic lab and blood bank his father had founded in 1949. He expanded it through a series of acquisitions and took it public in the year 2015. His daughter, Archana Lal Erdmann, a geneticist, is a non-executive director at Lal PathLabs. Lal’s son, Anjaneya Lal, is a freelance wildlife photographer.