Despite the steep fall in earnings, to $6.6 billion from $24.7 billion, the company said it would continue paying a quarterly dividend of $18.75 billion, almost three times its cash flow 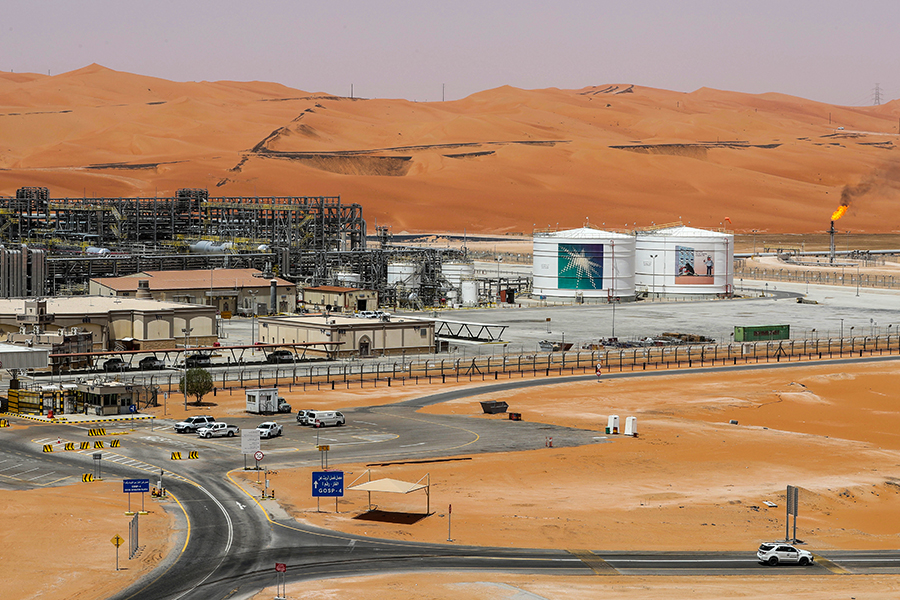 View of the production facility at Saudi Aramco's Shaybah oilfield in the Empty Quarter, Saudi Arabia May 22, 2018.
Image: REUTERS/Ahmed Jadallah

Saudi Aramco Oil Co., the world’s largest oil company, said Sunday that its quarterly earnings plunged more than 73% compared to a year ago, as lockdowns imposed to curb the coronavirus pandemic drastically cut the demand for oil and slammed prices.

Despite the steep fall in earnings, to $6.6 billion from $24.7 billion, the company said it would continue paying a quarterly dividend of $18.75 billion, almost three times its cash flow. Saudi Aramco is locked into paying such a large amount — $75 billion a year — because of commitments made in the run-up to its initial public offering on the Saudi Tadawul stock exchange.

Nearly all of the dividend money will go to the Saudi government, which owns more than 98% of the company.

Continuing to pay such a large dividend distinguishes Saudi Aramco from other oil giants, like BP and Royal Dutch Shell, which have recently cut their payouts to preserve capital in difficult times.

“While other oil companies are taking the opportunity to reset the dividend, Saudi Aramco are somewhat locked into the IPO commitments,” said Neil Beveridge, an analyst at Bernstein, a market research firm.

Beveridge estimated that Saudi Aramco is likely borrowing around $12 billion to pay the dividend.

Recently, a surging Apple dethroned Saudi Aramco as the world’s most valuable company. Apple now has a market capitalization of about $1.9 trillion compared to about $1.76 trillion for the Saudi company.

The earnings results showed other impacts of the fact that Saudi Aramco is under the overall direction of the Saudi government. Rather than cutting production as the pandemic took hold, as might have been expected, the company ramped it up under the orders of the government, which was engaged in a price war with Russia.

The company said Sunday that it achieved a record daily production of 12.1 million barrels April 2. The Saudi production surge sent a gusher of oil into the market as demand was plummeting, rattling markets. Futures for the U.S. benchmark, West Texas Intermediate, briefly reached a negative price.

In May, Saudi Arabia reined in production through an agreement reached under pressure from the Trump administration. Prices for Brent crude, the international benchmark, have risen from their April lows of under $20 a barrel to about $44 a barrel but still remain down about a third on the year. Under that agreement the Saudis are able to increase production by 500,000 barrels a day in August, but without a discernible impact on prices so far.