Uber said to be in talks to acquire Grubhub 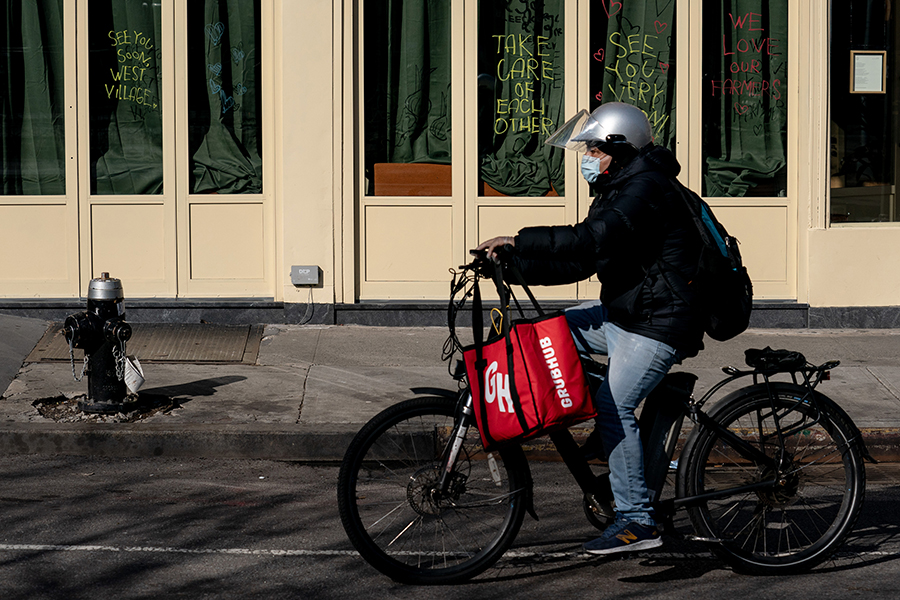 A person delivering for Grubhub bikes through the West Village in Manhattan, on Sunday, April 19, 2020. Uber is in talks to acquire Grubhub, said two people with knowledge of the discussions, aiming to create one giant player in food delivery as more people turn toward those services in the coronavirus pandemic
Image: Erin Schaff/The New York Times