What the Covid-19 lockdown looks like in...Kuala Lumpur, Malaysia

Malaysia has been under total lockdown since March 18. But people (who could afford to) had started staying at home as much as possible since early March​. Notes from a writer who chose to move in to the city at an unusual time, in the last week of February 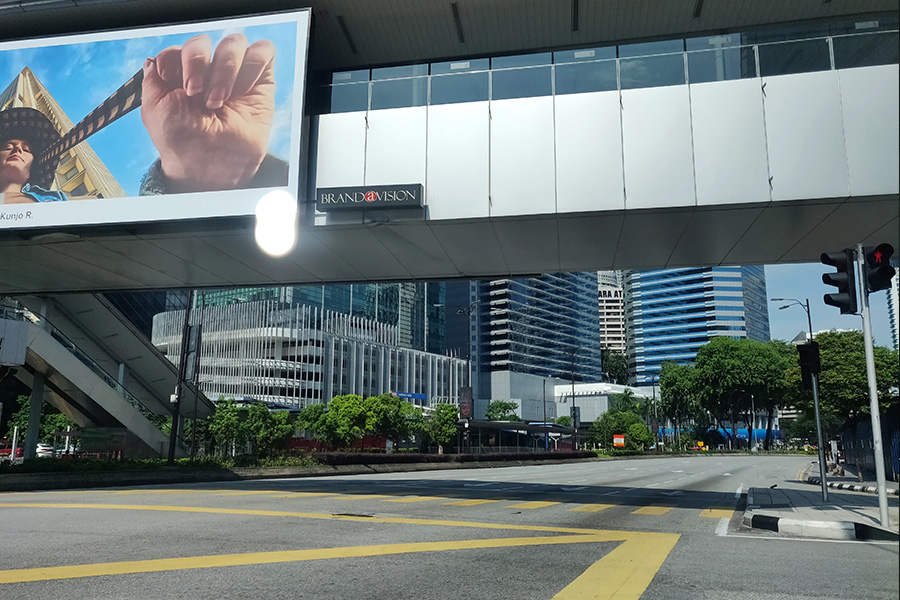 The silence on the empty Kuala Lumpur streets is broken only by the sirens of an ambulance or a police car on patrol
Image:Charukesi Ramadurai

As I stand on the balcony of my 18th floor apartment, I can see an empty road down below. An occasional car zips by, perhaps on its way to a supermarket or an unmissable medical appointment. The silence is punctuated by the alarms of either an ambulance or a police car on patrol. There are also new sounds: The chirping of starlings and sparrows, the mournful yet melodious drawl of the koel, and the sudden rainbow flash of a dozen blue-tailed bee-eaters flying low.

A month ago, at this time of the morning, this arterial road would have brimmed with long queues of cars (im)patiently waiting at the traffic light. Mothers and nannies would have rushed children to school; there would have been a few walkers with or without a dog on a leash, along with a handful of perspiring joggers out to get their daily cardio fix before the heat and humidity became unbearable. Perhaps the roti man would have gone by, carrying fresh fruit and popcorn packets, fluffy pav and white bread, all wrapped in plastic covers and tied to his bicycle.

Now, none of them are out on the streets. Malaysia has been under total lockdown since March 18. But people (who could afford to) had started staying at home as much as possible since early March. My swimming instructor cancelled classes around then, while the local bi-weekly farmer’s market shut down until further notice. There were signs of panic-buying—long lines at the supermarkets, and shelves that seemed to be emptying faster than they were being filled. And finally, when the Prime Minister addressed the nation on TV, and advised everyone to stay indoors, it was time for my husband to start working from home too.

My husband and I had chosen a strange time to move to Kuala Lumpur from our home in Bengaluru. India was still fairly unconcerned then—in the last week of February—but we flew into an airport where face masks and hand sanitisers were in abundance, with warning notices plastered all over. When we stepped into our hotel late at night, the security guard pointed a thermometer at our foreheads and nodded us in only after ensuring we were not running a fever. 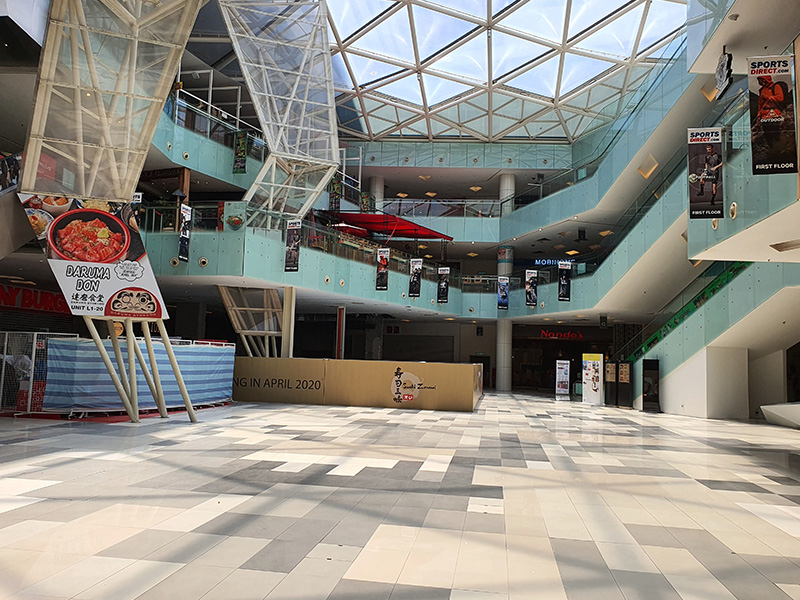 Malaysia, hit the hardest in the Southeast Asia region, officially reported its first coronavirus case on January 25. As of today (April 9), there are 3,963 confirmed cases and 63 deaths. To enforce the lockdown, the government promptly sent the police force and—after pleas, threats and spot fines failed to keep people off the streets in the first week—the army.

Overall, the planning and execution of the crisis management strategy has been thoughtful, allowing 48 hours for people to go back home, organise work or stock up their kitchens. The supply chain continues to be steady, and only the head of the household, which is usually a man, is permitted to step out for groceries or essential shopping. Many memes, and even a newspaper article, sprang up instantly about Malaysian men now finding themselves confronted by a bewildering variety of meats and masalas. But these strict measures seem to have borne fruit, at least halting the sudden and fierce spread through local transmission.

I live in a neighbourhood that serves as a safe bubble for expatriate workers from the USA to Australia and Germany to India. On an expats’ group on Facebook, I see a wide range of coping mechanisms playing out—from panicked calls for veterinarians, to even more panicked calls about the availability (or lack, thereof) of alcohol in the stores; from silly memes about the latest situation, to serious updates from the government.

Some delightful stories, too, emerge in the midst of this gloom. Sunandhini Pattabhiraman, my new friend and old resident of Kuala Lumpur, describes her neighbours coming out to their balconies to sing for children who have birthdays amid the lockdown. And then there is my other new friend, S Abdul Shukor, a partner at Malaysian law firm Zain & Co, who facilitated the return of a Lebanese citizen, stranded at Kuala Lumpur airport, to Phnom Penh in Cambodia, where he now lives.

We are already in the fourth week of the lockdown, bravely coping with all its ups and downs. But irrespective of whether the lockdown is lifted or even eased soon, there is a long and hard battle ahead.

(This story appears in the 08 May, 2020 issue of Forbes India. You can buy our tablet version from Magzter.com. To visit our Archives, click here.)