Two years ago, McCormick spent more than $4 billion to buy a bunch of stalled supermarket staples. At the time, investors hated the deal. Boy, were they wrong 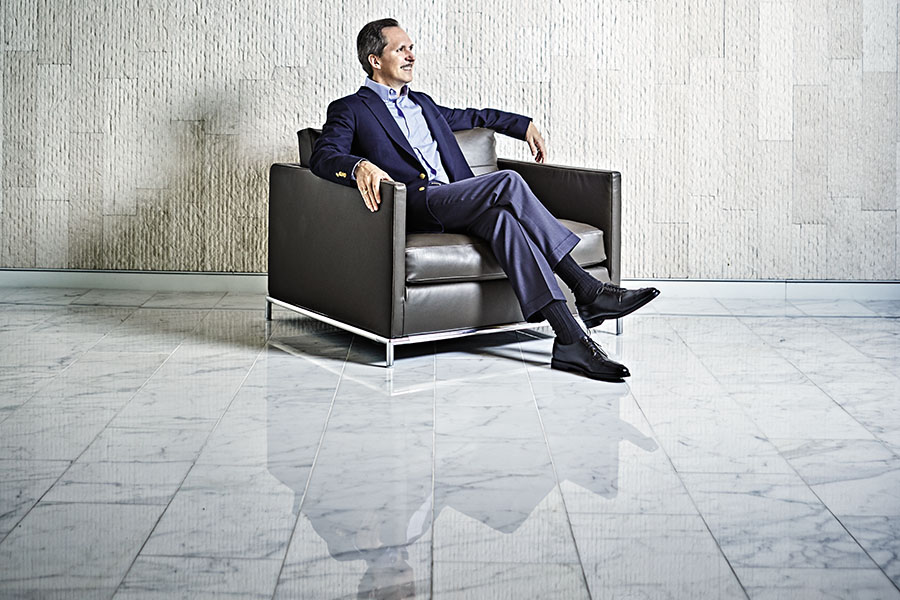 A hive of food scientists in white lab coats and protective goggles buzz quietly around McCormick & Co CEO Lawrence Kurzius, filling test tubes and testing the contents with their noses. A garden of herbs grows on the wall behind them, accenting the room with fresh sprouts of mustard seed, amber peas, Brazilian parsley and other spices. The 6-foot-3 Alabama native is in his element, his slow southern drawl slipping through as assistants rattle off the lab’s features: A rotary evaporator that extracts flavour without heat; a centrifuge powerful enough to turn thick, pulpy condiments into totally clear and totally tasty liquids; a bank of eight induction burners.

“We take the science of flavour seriously,” says Kurzius, a 16-year veteran of the world’s largest spice purveyor, explaining how he nixed original plans for a more austere kitchen. “The whole industry looks to us to provide insight into what’s next. I told them it can’t be good enough because it’s not expensive enough.”

Since the 61-year-old Kurzius took the reins three years ago, sales are up by 26 percent to $5.4 billion, and the stock price of the company—based outside of Baltimore—has doubled. That market performance and a reputation for creativity in a commodified industry are what have landed Kurzius in the 37th spot on our first annual list of America’s 100 most innovative corporate leaders.

Most of that growth has come from the purchase of the food assets of the of UK-based Reckitt Benckiser Group for $4.2 billion two years ago. That was more than the combined cost of all the acquisitions made in McCormick’s 130-year history, and investors hated it, sending the stock down by 5 percent the day it was announced. But in retrospect it was a brilliant move. It gave Kurzius control of a slew of supermarket staples, including French’s mustard, Cattlemen’s barbecue sauce and Frank’s RedHot. And it lifted the business from the tenth-largest condiment seller to the second, behind Kraft Heinz.

Kurzius joined McCormick in 2003 and was named head of its consumer business in 2013, the year 3G Capital, the tightfisted “zero-based budgeting” investment group, bought Heinz for $28 billion. Two years later, with Berkshire Hathaway, the investment group merged Heinz with Kraft in a deal valued at $55 billion.

“We said, ‘Nobody’s going to cut costs as well as 3G. We are going to go the exact opposite direction’,” Kurzius said, embracing a plan to double down on brand investment when he was named CEO in 2016.

“Frank’s was trapped at a non-food company,” said Kurzius, who says he wants to make it the top-selling hot sauce in the world. “We have a better understanding of the science behind the flavour than the previous owner did. This is what we do.”

Doing it, McCormick has captured what is almost unheard of in the packaged-foods industry these days: Organic sales growth. It’s tiny—a measly 3 percent increase last quarter—but it’s impressive in an industry that is largely flatlining or worse. (Kraft Heinz has written down almost $17 billion so far this year.) McCormick’s 22 percent Ebitda margin is among the best in class.

McCormick’s bottles are ubiquitous in the spice racks of most American kitchens, and seasonings like Old Bay still make up the bulk of sales. The brand controls 40 percent of the US spice market and 20 percent of the world’s. But it’s a low-growth commodity business, and Kurzius is wise to turn his attention elsewhere.

Changing tastes and food-consumption patterns are rewriting the industry playbooks. Generation Z, the 7- to 22-year-olds that form the most diverse consumer group in the US today, is a spice-loving demographic that spreads an enormous amount of buying power across a wide array of tastes.

That’s good news for a spice company, but younger Americans also put a premium on sourcing transparency when making food purchases. With McCormick’s more than 90 facilities around the world and layers of institutional frameworks to help stabilise costs, it would be hard for the company to label any of its spices as “fair trade” or “single origin”. It’s taken McCormick three years just to transition its gourmet line to being organic.

In his favour, Kurzius has spent decades obsessing over the competition. A natural-born entrepreneur who started selling garden seeds in his native Huntsville as a kid, he’s hawked Uncle Ben’s Rice at Mars and Cap’n Crunch cereal at Quaker Oats. Before McCormick, he spent 12 years at Zatarain’s, lifting sales of the small New Orleans–style rice brand from $15 million to $120 million, before selling it to McCormick in 2003 for $180 million. He’s been there ever since.

As he works to integrate and exploit the brands he paid so dearly for two years ago, Kurzius is also careful to protect his flank. For the past six months, McCormick’s flavour scientists have been experimenting with artificial intelligence (AI). Tapping into 40 years of proprietary recipe data, the software picks ingredients based on a flavour profile, the availability of 14,000 different raw materials and, soon, a target profit margin. It even shows how popular certain ingredients have been when they’re mixed together in consumer tests.

Sci-fi stuff for a spice company. AI has the potential to shorten the time it takes create a new product and is the science behind a recently launched line of sheet-pan-dinner spice packets, including one that can flavor pork with bourbon and brown sugar. “Our algorithm expects us to grow as a company at 46 percent top line,” Kurzius says. “I’m trying to push it to the high end of that range.”