How Burger King had a whopper of a turnaround 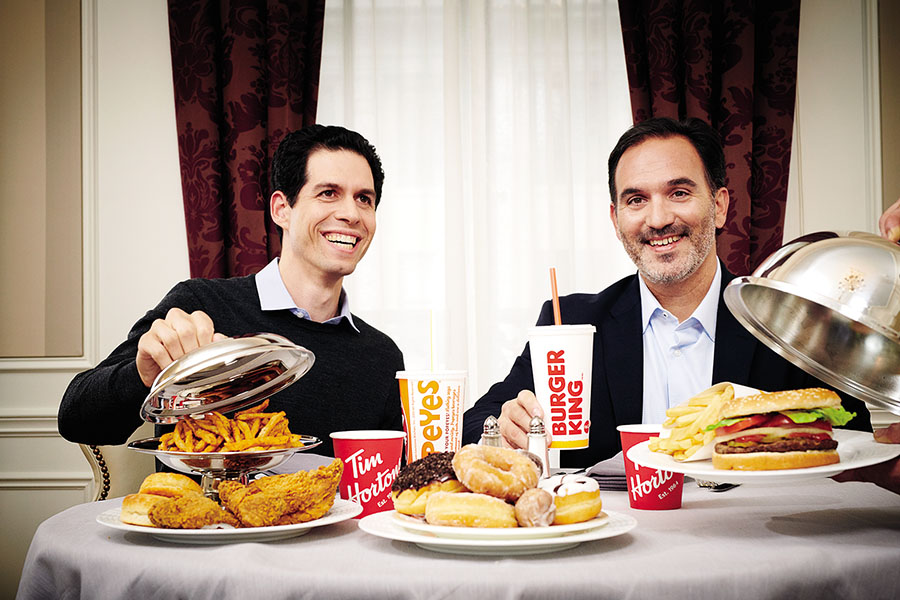 Burger King was a tired outfit, with a confusing menu and sales going sideways. Its restaurants averaged half the revenue of McDonald’s. But where there is underperformance, there is ­opportunity. Schwartz slashed overhead at the Miami headquarters. He streamlined food preparation. He dished out stock to middle managers. He shrank the payroll and the capital budget by selling company-owned stores to franchisees.

In the years since, Burger King has become Restaurant Brands International or RBI (following some more classic 3G dealmaking). Bur­ger King opened up 1,000 restaurants around the globe last year, to 600 for McDonald’s. McDonald’s stores still have a bigger average volume, but Burger King’s are gaining on them; in the US, Burger King boosted its average volume per outlet by 30 percent, to $1.4 million, while McDonald’s had a gain of only 20 percent. All of Burger King’s success is, of course, in stark contrast to what’s going on at Kraft Heinz, another 3G turnaround that went the other way. In February, Kraft Heinz said it was taking a $15.4 billion write-down, a signal that its classic food brands were losing value.

The situation is different at Burger King. At the parent-company level, where revenue consists mostly of franchise fees, Restaurant Brands took in $5.4 billion last year, up by 17 percent from 2017. McDonald’s revenue was off 8 percent.

“How many companies that have been around since the 1950s grow the top line at 10 percent?” says Schwartz, 38.

For a fast-food conglomerate that oversees 26,000 locations with combined sales of $32 billion, Restaurant Brands is quite agile. Three months ago the company introduced the Whopper Detour promotion, in which Burger King offered its signature item for a cent if the customer ordered food on the Burger King phone app within 600 feet of a McDonald’s location. In February came the 45-second Super Bowl ad featuring historic footage of Andy Warhol slowly unwrapping and methodically eating a Whopper. The Burger King app topped the charts in Apple’s App Store during the campaign.

Plans are under way to introduce a plant-protein patty from Impossible Foods, the startup backed by investors like Bill Gates and the venture capital arm of Alphabet. This is a big deal for Impossible, with an expected rollout in 7,000 Burger Kings soon.

The past decade has been a whirlwind for Schwartz. He left Cornell in 2001 with a degree in applied economics. Four years later, he landed a job at 3G Capital and became a 3G partner at 27. “The group believes in investing in young people and giving them opportunities,” he says. “I worked hard and proved that I really cared. More so than anything else, I put the business and the firm ahead of myself.” 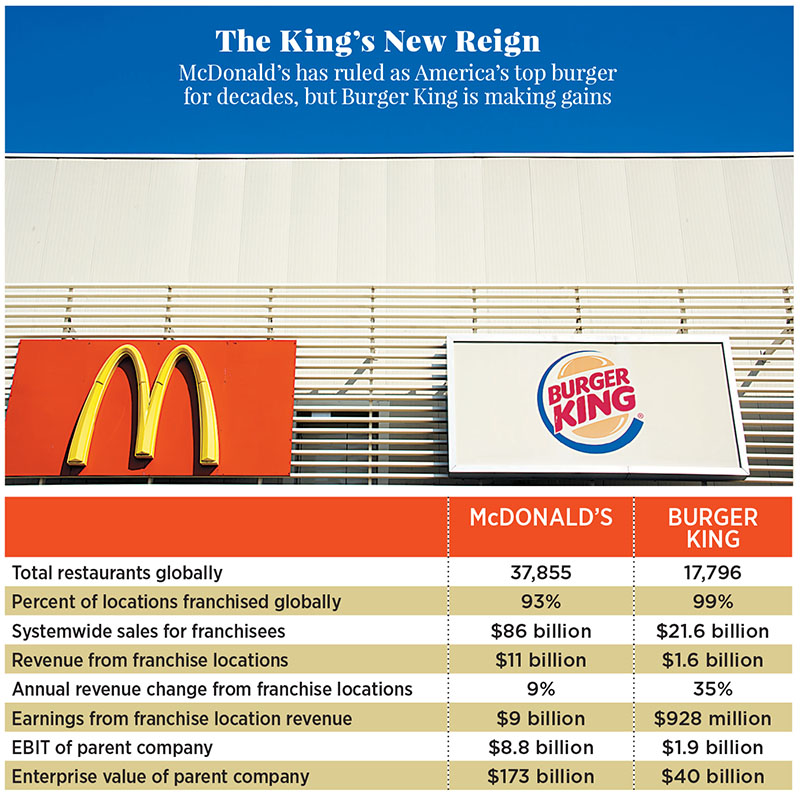 Schwartz went hunting for deals. Burger King looked intriguing. “I’d ask my wife or my mom, ‘If McDonald’s is worth $70 billion, what do you think Burger King is worth?’ They’d say, ‘$30 billion?’” Schwartz recalls.

Paying a 46 percent premium for the publicly traded shares, 3G acquired the chain for $4 billion, ­including debt. Schwartz then raised his hand to help run it. “I wanted to be part of this. I didn’t want to just sit in an office and get monthly reports.”

At 29, Schwartz became Burger King’s chief financial ­officer. He sold the corporate jet. He told employees to use Skype to make free international calls. And to get a feel for the whole business, he worked shifts off and on at Miami Burger Kings, cleaning toilets, cooking burgers and manning the drive-thru.

In 2012, 3G took Burger King public again, and Schwartz got the chief executive slot in June 2013. In the next 18 months, Burger King’s stock doubled, while McDonald’s lost 8 percent.

Focussed as he was on selling hamburgers, he hadn’t left behind his deal-making instincts. ­Rechristened Restaurant Brands, his company ­acquired Canadian coffee chain Tim Hortons in 2014. In 2017 it spent $1.8 billion in cash to get the Popeyes chicken chain.

Warren Buffett is a fan, having put up $3 billion in equity to help finance the Hortons deal. So is Bill Ackman, whose Pershing Square hedge fund owns 5 percent of the stock; 3G owns 41 percent.

The second-largest shareholder: The employees, with more than 5 percent of stock. Thanks to a match for those who invest their bonuses in RBI shares, nearly all 300 middle managers own shares; at least 100 have become millionaires. Schwartz is sitting on about $100 million in stock and options.

“I’m comforted as an owner when all of the key employees own a lot of stock,” Ackman says. “It makes them much less focussed on short-term things. They’re much more focussed on ‘Will this make the business more valuable in five years, ten years?’”

Recently, Schwartz was moved up to ­executive chairman, and longtime ­Bur­ger King executive Jose Cil, 49, became CEO. “We take bets on people,” Cil says. “When they are ambitious and willing to work harder than anybody because they’re driven by something beyond a paycheck,
they want to do something big.”

Schwartz has been working out of RBI offices in Miami and Toronto, but now he’s going to be spending more time at the 3G office in New York, with assignments that range beyond the restaurant chains. “I’m not gonna be CEO at another company,” he says. “But we aspire to do more, and over time we can buy another business down the road.”

Or perhaps repair some of the ­businesses that 3G already owns. Could someone who has en­gineered a turnaround at Burger King work some magic on old ketchup and cheese brands? His answer: “Maybe you could ask me that question in six months, when I ­hopefully get a little bit closer to the business of Kraft Heinz.”

3G’s business is as much about building as buying and selling. Schwartz says: “Most traditional investment firms, if they were in our shoes, probably would have sold [RBI] many years ago. Not only did we not sell, we bought more brands along the way. We are building this into a big company with a long-term mindset.”

Tweets by @forbes_india
An EV switchover deadline is not courageous but foolhardy: Rajiv Bajaj
In conversation with Rajesh Jejurikar, President of Mahindra & Mahindra's Farm Equipment Sector