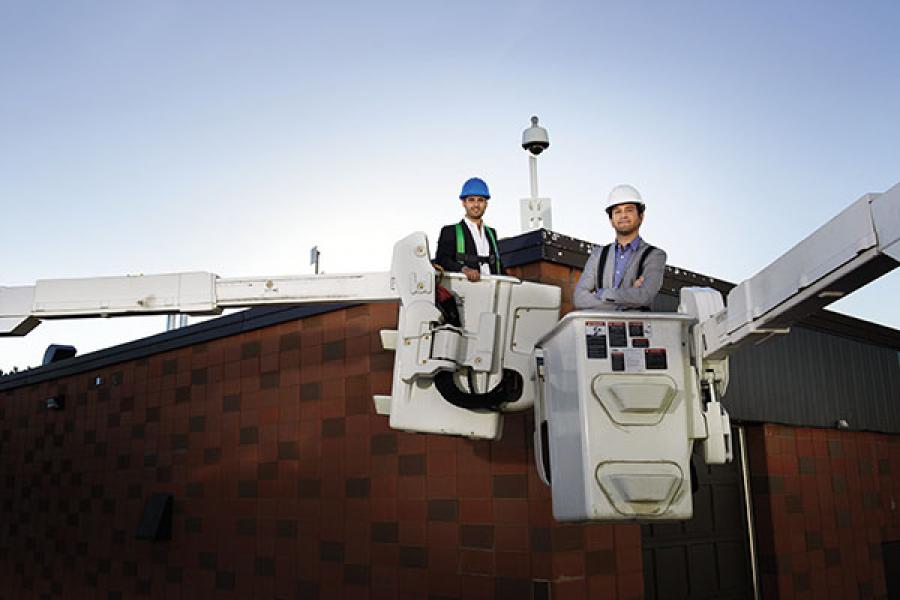 Image: George Simhoni for Forbes
Rob Cherun (right) and Erik Mikkelsen became a two-man KKR on the outskirts of Toronto

Halfway through business school, Rob Cherun thought he was destined to work at McKinsey & Co. The elite consulting firm spent thousands to underwrite his tuition at Stanford a few years ago, certain that the wavy-haired Canadian would join right after graduation. But Cherun changed his mind. Even though a consulting career seemed safe and prestigious, he declared: “I wanted more volatility in my life.”

Today Cherun is holed up in a gritty industrial suburb of Toronto, running UCIT Online Security. It’s a small but fast-growing construction-surveillance company that Cherun bought soon after earning his MBA. If McKinsey stopped by, its consultants might snicker at the peeling paint in UCIT’s offices, the industrial-grade Coke machine in the hallway or the mud-splattered GMC Terrain in the parking lot. Cherun has jettisoned his old espresso-sipping habits, his Prada shoes and his convertible BMW. He’s now a salt-of-the-earth operator who favours Timberland boots, denim and a round of beers with the guys. But UCIT is growing fast. If its 32-year-old boss stays on track, his stake in the company could be worth $5 million or more in a few years—a target that young consultants can’t reach.

Cherun’s inspiration was a little-known but increasingly popular course at Stanford called ‘Strategy 543: Entrepreneurial Acquisition’. This second-year elective is a fast-paced, two-week primer on how to become a one-person version of KKR or Blackstone Group, carrying out your own tiny takeover and installing yourself as chief executive officer. This is a daring way to parachute into high-authority jobs in unpredictable locales.

Every year second-year Stanford students like Cherun stampede into S-543 to learn the essentials of raising money, finding an acquisition target and closing the deal. Instructors Peter Kelly and David Dodson—two longtime entrepreneurs and investors themselves—take only 40 students per session. Months before this autumn’s class began, every slot was claimed, and another 26 students hovered on the waiting list. Frustrated aspirants will get a second shot in the spring, thanks to a new scheduling expansion.

For 80 percent or more of enrollees, the notion of asking strangers across the continent, “Can I buy your company?” ends up being too freaky for their tastes. Some students treat the class as a means to surface investment targets, for others it’s armchair tourism. That’s fine, says Kelly. The world that he and Dodson describe is full of risks. It’s not for the faint-hearted. Every lecture or panel discussion is packed with warnings about failed searches, hideous operational snarls or companies that go bust.

Listen to Nick Mansour, who in the late 1990s thought he could get rich by taking control of Clear Creek Environmental, a liquid-waste-servicing company in Annapolis, Maryland. Determined to learn the business at its most basic level, Mansour early on decided to accompany a clean-up crew on a day’s errands. “We had a large truck, a bunch of hoses and some septic tanks to empty,” Mansour recalls. “How hard could this be? Well, I pushed a lever the wrong way. I got a bath—all across my overalls.” He couldn’t change clothes until the end of the day. The investment lingered much longer. After three years Mansour barely recouped the original money his investors had put in. There weren’t any profits to speak of.

Mansour returns regularly to Stanford to share his woes. No matter how challenging a picture he paints, some students are undeterred. “People say: ‘That’s not going to happen to me,’” he explains. “They’re optimists. Everyone has to be thinking that they’re going to be successful. Otherwise, why would you do this?” Mansour keeps chasing acquisitions and thinks his latest deal, taking over a health-related trade school in Arizona, has great promise.

Among the new optimists is Alex Stavros, a 2011 Stanford business school graduate who now runs CALO, a teen treatment centre in Lake Ozark, Missouri. “It’s the middle of nowhere,” Stavros cheerfully concedes. But he grew up as the son of missionaries in Peru and likes the idea of running a business with a big element of social service. Besides, he figures his general management skills can help the facility expand and be more efficient.

“You learn to hustle,” adds Abhijit Phanse, a 2008 Stanford business school graduate who now runs United Layer, a data-centre company nestled into a onetime Macy’s warehouse on the edge of San Francisco. Phanse came into the job with plenty of engineering and finance expertise. But he learned that he could add even more value to the company by mastering the art of sales, landing contracts with customers such as the city of San Francisco. “They don’t teach that at business school,” he says.

Business schools’ own data show how good—or bad—the deal-hunters’ destinies can be. Failure is common, according to an analysis of 150 alumni of Stanford and other leading MBA programmes going back as far as 1983, well before S-543 began. Slightly more than half the time, graduates either can’t find a deal or end up with a loss on what they do acquire. But a few dazzlingly successful deals—with 100-to-1 payoffs or bigger—create not just overall profitability but also an average annual return of 34 percent. Among the epic successes: Asurion, which provides lost-cellphone insurance to millions of customers, and ServiceSource, which handles so many software renewals for tech giants that it has become a publicly traded company in its own right. 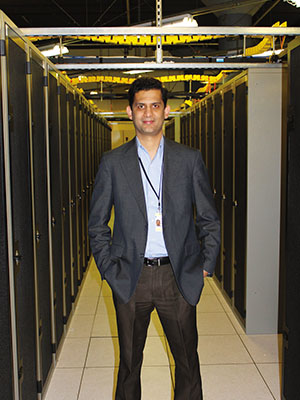 An alum of Stanford business school, Abhijit Phanse honed his sales talents on the job as CEO of datacentre company United Layer