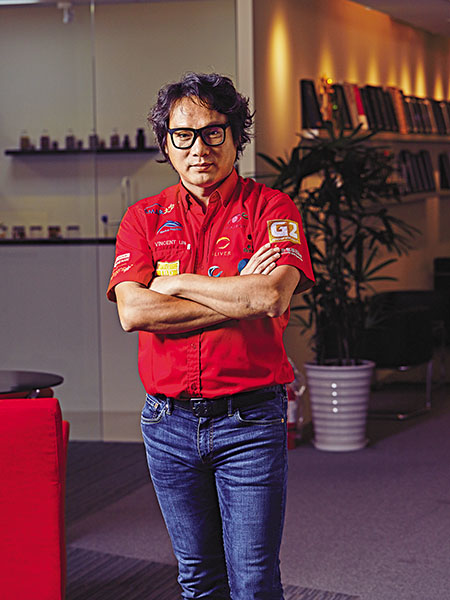 We’re a group of fanatics, says TCI CEO Vincent Lin
Image: Craig Ferguson for Forbes
After Vincent Lin, an early supersalesman for Taiwan’s TCI, was made its CEO in 2010, he decided to take the maker of private-label dietary supplements up a considerable notch. He would invest in what he called “integrated bioscience design” (IBD) to come up with proprietary ingredients to differentiate itself across a product line addressing everything from sleep promotion and weight loss to countering depression and skin ageing.

TCI would unlock and extract new substances—such as from agricultural wastes like longan shell and banana peel—through its laboratory work. That IBD is being carried out by PhDs among a team of 200 researchers employing biology, agronomics, industrial engineering and consumer behaviour studies to attract premium-brand clients. Since 2013, the effort has expanded into genomics in one of the nine labs, with the promise of tailoring personalised needs to nutricyclicals.

That last effort is a $6.5 ­million multi-year push on top of what is now an annual $6 million R&D budget. Lin’s gamble is that this will keep the 500 corporate customers in 48 countries wanting to put their labels on TCI wares without much haggle room over price. That’s the basis for a repeat 2018 appearance for his outfit on Forbes Asia’s Best Under A Billion companies list—and the genomics could lead to TCI’s own retail lines as well.

The company’s trove of novel formulas underlies its 41 percent gross margin, says Donald Lee, an analyst with JihSun Securities in Taipei. “Its strength lies in its fast-paced development of key ingredients, its capability of manufacturing a comprehensive array of dosage forms and its perfect timing of product launch, just to name a few,” he says.

Lin, 42, has led the push and as of mid-2017 took over as chairman as well from William Yang, who founded TCI in 1980 as a trading company in textiles and assorted other goods. (TCI originally was Tai Chiang—or “big river”—Industrial.) An ironsmith’s son who majored in plant pathology and once sold orchid seedlings, Lin was a dynamo from the start for Yang’s foray into preventative potions, doing seven sales calls a day in Hong Kong. By 2005, supplements were a majority of TCI’s sales.

Soon Lin was in executive roles, driving a manufacturing process crimped by false economies to third-party plants that didn’t fulfil orders or had quality gaps. He redirected—when slimming capsules became discoloured, Lin would issue a recall, hang the cost. He soon figured it was better for TCI to build its own factories, starting in 2008 and today totalling five—three in southern Taiwan and two in Shanghai. A zero-defect standard on stuff like bottle sealants to prevent contamination is a selling point to Japanese and other clients.

The result is today’s humming operation, whose $134 million in latest annual sales boasts 30 percent annualised growth over the past five years. (This has jumped to a 76 percent pace year-on-year in 2018 so far.) The biggest slug of that is in “functional drinks”, primarily a collagen mix for such results as firmer skin or more limber joints, and on which several leading Chinese direct sellers, including Melalueca, are known to have scored big. The mainland accounts for three quarters of TCI’s total revenues.

Food supplements, in the form of tablets, capsules and powder, make up nearly another 40 percent of revenues, and the remainder is in skin care products—namely, facial masks. These are constituted of liposomes, which aid in the absorption of a proprietary essence into skin pores over a 15-minute application and sell at the likes of Sephora for several dollars a pop.

Along the way, there were of course those who doubted Lin’s product instincts. In 2011 his idea for using the forsaken peels in what became the popular Happy Banana compound (for better disposition and sleep) drew strong internal resistance. So the CEO brought in would-be buyers to settle the matter. “Some had sought a radical way to challenge me before they built faith in me. But over the years, many have come to realise that I’m not a capricious person and most of my ideas are well thought out. More important, I’m a doer, who sets an example,” he says. 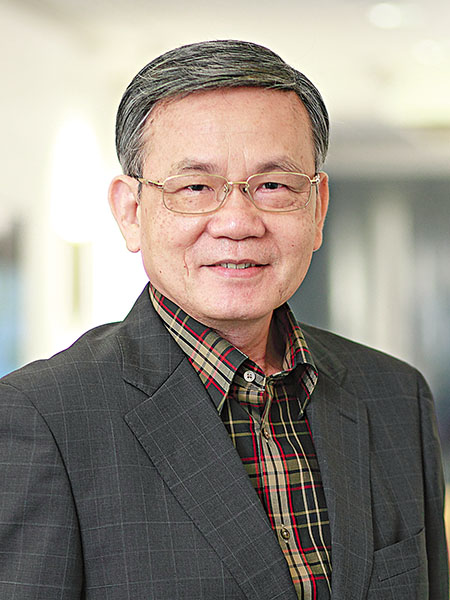 Founder Yang, 74, a believer in separating ownership from management in sustaining businesses, saw what he wanted in Lin. (Yang maintains control over a larger stake than the combined 3.6 percent by Lin and Lin’s younger brother, who runs the Shanghai operation.)

Now TCI, like others in the nutricyclicals business (including food giant Nestlé), is on the genome quest to give customers custom-made supplements. By the Lunar New Year, Lin plans to deploy robot testing of the RNA “messengers” from DNA samples to determine ideal remedies. (In TCI’s layman’s terms: DNA is like your overall genetic book, while RNA shows which page your health is on. So RNA results can indicate where one could get sick and thus flag products that could interdict the ailment. So not everyone may need the banana peels.)

Even minor breakthroughs can have big potential market ­effects. The IBD model has yielded emul­sified fish-oil liquids that are odour­­less. That matters in a sizeable product category where both very young and old find it hard to swallow capsules that weren’t palatable if breached. Lin credits the white-coated thirty-somethings who populate his R&D labs.

Rebecca Chan, head of TCI’s nutrigenomic department, says the boss has allowed her team ample room to experiment. More important, he trains researchers to have a marketing mindset. “Vincent asks for more than scientific data from us, which is basic. He pushes us to deliver unique selling points for any given ingredient so that our sales can easily persuade buyers,” Chan says.

Lin saw market cues for hot sellers, be they collagen-based products or fragrant pomegranate enzyme masks—that Chan says caught her team by surprise. “What I do best these days is to tap the potential in young people and make them believe that anything is possible,” says Lin, father to three daughters and a newborn son himself. “We may not have the best talent, but we’re a group of fanatics, who focus on doing one thing right.”

His single-minded goal is a 1 percent share of the global food supplements market by 2030, which would take TCI to near-$7 billion in sales. Asia is a hub for “natural” boosters and remedies, ensuring plenty of competition ahead. TCI sees Nutri Biotech, a wholly owned subsidiary of Korean cosmetics maker Cosmax, as a prime rival. “We’ve excelled in intercepting the future,” says Lin. “[Product] efficacy, instead of cost, is what will enable us to compete for the future and where our value lies.”

Tweets by @forbes_india
Eleven key characteristics of a global business leader
What excites me most is that we have a profitable unicorn: Rishi Khosla