The Anti-Facebook: Facebook co-founder's slow-burn startup finally has its moment

Amid a herd of grow-at-all-cost unicorns, Facebook co-founder Dustin Moskovitz's second act is a carefully constructed tortoise. As the global workplace has suddenly gone virtual, Asana, the team-management software he has spent 12 years cultivating, is poised to win the race 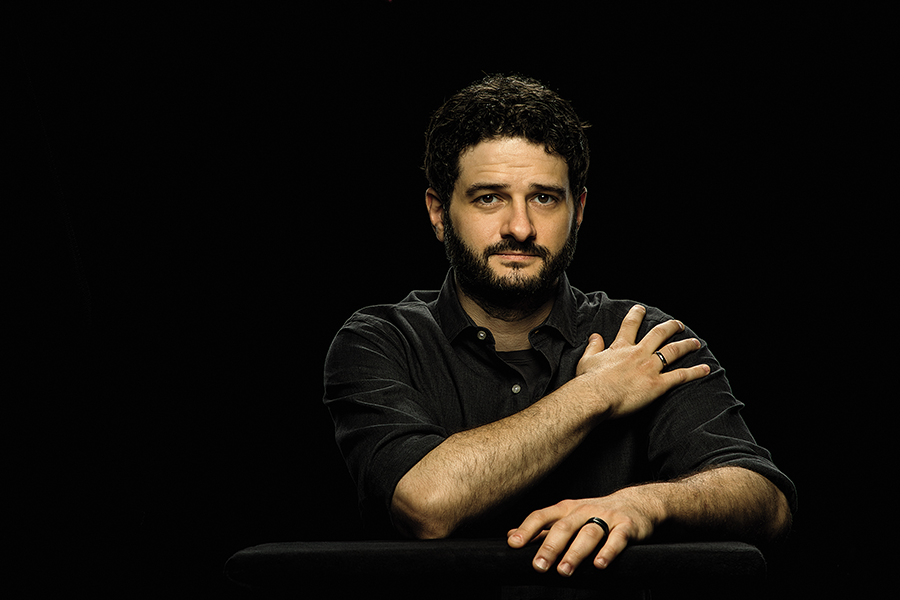 At the San Francisco Museum of Modern Art, upbeat synth music announces the arrival of Dustin Moskovitz. Clad in an untucked dark gray button-down, jeans and white sneakers, his beard closely cropped, he strides onstage with a microphone and presentation clicker before plunging into a rapid-fire overview of the new look and feel of Asana, his work-collaboration app.

The calendar says July 16, but Moskovitz isn’t at the museum that day. Conducted in the middle of a resurgence of the coronavirus in California, his keynote address, pretaped in an empty auditorium and streamed on YouTube, lasts all of five minutes. No matter: If anything, the lack of an audience is welcome to the low-key, low-profile CEO, who matter-of-factly lays out his vision of the future of work, Asana-style.

Moskovitz, 36, who is worth $14.2 billion, is best known as co-founder of Facebook with Mark Zuckerberg. He was the world’s youngest billionaire for a few years starting in 2011. But for the past dozen years since he left the high-flying social network, Moskovitz and his Asana co-founder, Justin Rosenstein, 37, have been lying low, quietly toiling behind the scenes to solve an age-old problem: How much effort we waste in the meta-work around work.

“We were just kind of shocked and frustrated at how much of our collective time was going toward trying to establish clarity and getting everyone on the same page,” Moskovitz says in a recent video call.

Today Asana’s software is used by employees at more than 75,000 companies including AT&T, Google and NASA to help them take back control of their days by managing everything from writing a memo to planning an event. (Soon its AI-powered app will even set agendas and suggest ways to make workdays more efficient.)

Moskovitz took back his own control by steadfastly rejecting Silicon Valley’s hard-charging style. Once knee-deep in Facebook’s “move fast and break things” culture, Moskovitz has been careful to craft Asana in a more deliberate way. Wary of being another flash-in-the-pan unicorn, Asana has focused on long-term viability, with a decade-old rule not to boost its head count by more than double in any year.

Valued at $1.5 billion in November 2018, Asana operates without hype or splashy fundraises. That’s in stark contrast to its competition, which includes monday.com, a New York– and Tel Aviv–based team-management business recently valued at $2.7 billion, and Notion, a next-gen note-taking app worth $2 billion. Part of that is due to its self-described introverted CEO. Moskovitz admits he has agreed to speak at length with Forbes only because his PR execs promised he wouldn’t have to do any more interviews for the rest of the year. 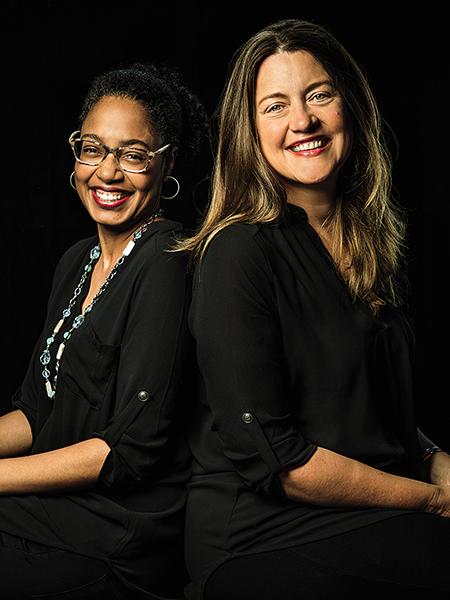 Culture Creators: Asana brought on Sonja Gittens Ottley (left) as its diversity and inclusion officer in 2015, and Anna Binder as “head of people” in 2016. As of last year, 41 percent of its employees were women, and 49 percent identified as non-white
Image: Khristie Hemm Klok for Forbes

“It takes time to build the snowball,” he says, refuting the notion that he was deliberately growing the business slowly. “The goal was to be fast, but fast in the long run, not fast in the short run. Now we’re getting to reap the rewards that we sowed.”

Asana is indeed picking up speed. All evidence points to a record year, thanks in part to Covid-19 and the way workplaces are changing. (The company declined to comment on any financials because it’s in a quiet period prior to an IPO, likely to happen this fall.) Traffic to its website is up an estimated 24 percent since February, and revenue is reportedly expected to hit $236 million, a 66 percent increase from a year ago. It’s enough to put Asana at No. 17 on this year’s Cloud 100, our annual ranking of the world’s top private cloud-computing companies, up from No. 41 a year ago.

Moskovitz was just 19 in 2004 when he helped start Facebook with his room-mate, Zuckerberg, in their Harvard dorm. A year and a half later, he dropped out and moved to Silicon Valley with Zuck. He was a jaded 23 when, as head of engineering at one of the fastest-growing tech companies ever, he met Rosenstein, a hotshot one year older whom Facebook had poached from Google in early 2007. The son of a small-town Florida psychiatrist and teacher, Moskovitz was known at Facebook for feats of marathon coding, but otherwise preferred to hang in the background. A Bay Area native and Stanford graduate, Rosenstein was his perfect foil: A gregarious, artistic product whiz who had helped build Gmail’s popular chat service.

At the time, Moskovitz was spending his weekends and nights building a simple task manager for Facebook’s product team to track their projects, and Rosenstein revealed that he had tinkered on a similar internal tool at Google. Joining forces, they spent the next few months working full-time on Tasks, which spread across Facebook to include agendas, product management and even a bit of office equipment inventory tracking. Soon, they became certain that to properly build the tools they wanted, they needed to leave the Facebook nest. “We were pretty convinced that there would be something like Asana in the future, even if we weren’t the ones to build it,” Moskovitz says.

It wasn’t buzzy like a social network, or conceptually ambitious like rockets or artificial intelligence. But even hotshot space companies and disease-fighting non-profits need to coordinate staff. Asana, which the avid yoga enthusiasts named for a Sanskrit word meaning alignment, could help them all. “It felt like an opportunity we couldn’t say no to,” Rosenstein says.

From a dingy office in the eastern part of San Francisco’s Mission district, Moskovitz and Rosenstein raised seed funding from a who’s-who of the Bay Area tech elite, including Facebook veterans Zuckerberg, Sean Parker and Peter Thiel. But privately, many were skeptical, says Mosko­vitz’s friend Eric Ries, author of The Lean Startup. “It just didn’t seem like it was going to be big.”

Freed from a startup’s typical fundraising pressures, Moskovitz and Rosenstein spent months coding and talking to potential customers before shipping the first version of their product in November 2011. When they did, they kept it free for the first six months. The idea: Get users hooked, then upsell a premium version—the “freemium” playbook used to great effect by Dropbox and Zoom.

Asana introduced a paid version of its product in 2012 (it now charges $10.99 a month per person) but resisted hiring a large sales team, instead preferring to find customers largely through cheap search-engine optimization tactics and word of mouth. At Chicago-based online software marketplace G2, Asana got a toehold when a new chief marketing officer wanted to track his team’s traffic and revenue targets, then spread to its more than 250 employees worldwide. At the German heating-and-cooling company Viessmann, now one of its largest customers, Asana’s tools are used by more than 2,500 staffers, alongside Google’s suite of products. Corporate leadership uses it to map product launches. Such flexibility has been key to Asana’s success.

Internally, Moskovitz and Rosenstein took their time crafting their idealised corporate culture. They interviewed experts, brought in executive coaches and tapped a diversity-and-inclusion officer and a “head of people” over the years to get it just right. Moskovitz, who spent years studying Buddhism and leadership strategies, set up a company org chart with himself at the bottom, to represent the trunk of the company tree. Asana eschews traditional executive titles and instead makes people heads of a particular topic or business outcome. Moskovitz says it’s only right that a company focussed on better teamwork invest in it as well: “We want to practice what we preach, figure out what’s best and export that.”

Along the way, Moskovitz leveled up as a leader, too. Known for his temper as a twenty-something at Facebook, he says he has learned not to agonise so much over setbacks. He invokes a saying from mindfulness expert Jon Kabat-Zinn: “You can’t stop the waves from coming, but you can learn to surf.”

“We had a conversation five or six years ago about the idea that everyone has an internal age they’ve always been their whole life,” says Scott Phoenix, founder of Vicarious, an artificial general intelligence startup and Moskovitz’s only investment for which he serves as a board director. “I asked Dustin what his internal age was, and he said it was probably like 112.”

Moskovitz passed another test in 2019, when Rosenstein left day-to-day operations for a part-time role on the board of directors. Into that vacuum stepped Moskovitz, now not just the CEO but the sole face of Asana, too. His next big step is finally taking his company public. Those close to Moskovitz say his plan to take it public is motivated by a desire to benefit employees and validate not his ego but Asana’s model of company building. It’s not as though Moskovitz needs the money. “I don’t think I’ve ever heard them speak about profits,” says Diana Chapman, a leadership coach who advises not just Mosko­vitz and his leadership team but also his mother, as well as his wife, Cari Tuna. (A former Wall Street Journal reporter, Tuna oversees philanthropic efforts for the couple, who have signed the Giving Pledge.) “With the wealth Dustin has gained, he takes [his responsibility to others] like a sacred task to do everything he can.”

Moskovitz says he finds it easier to get motivated to go to work these days, with many customers looking to Asana for support, than when the business was a fledgling startup a decade ago. “If this problem wasn’t worth solving or wasn’t a viable business, I’d just stop,” he says. “Our mission is really well-suited for this moment, and we’re energised by the opportunity.”

(Moskovitz was interviewed for the story earlier this year. Asana has since gone public with a direct listing—it made its debut at a price of $27 per share, up from the New York Stock Exchange’s reference price of $21.)