The Greatest Deal of all Time

Billionaire financier Len Blavatnik's bet on LyondellBasell has netted him a personal profit of nearly $8 billion. He says there's more to come 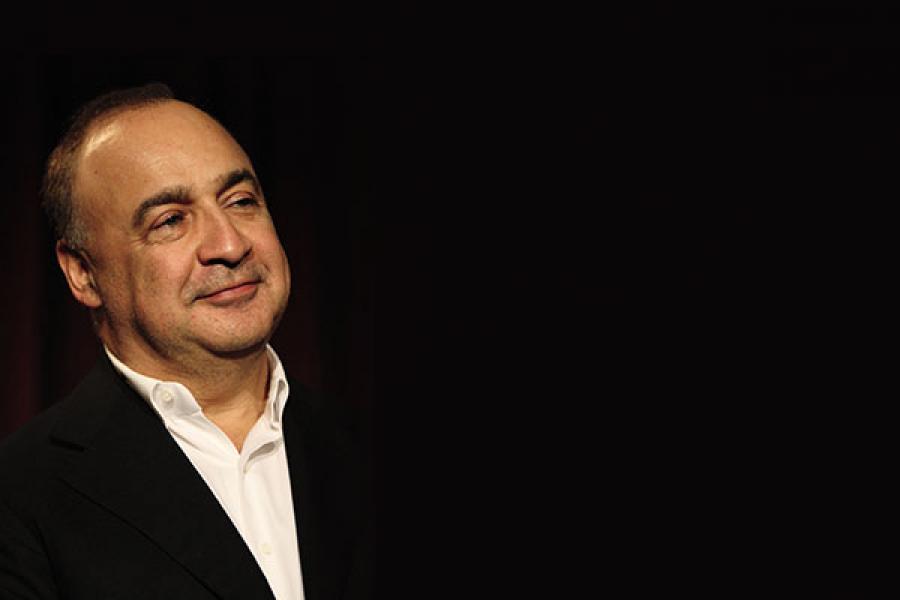 Image: Getty Images
It’s a gas: Even as the fracking boom exploded the value of Len Blavatnik’s stake in LyondellBasell, he never sold

As they furiously sold billions of dollars of shares in LyondellBasell, a chemical maker, in several batches, they had every reason to think they were doing the right thing. By any metric it was a monstrous score. Since 2008 the firm had turned a $2 billion investment in the company, a plastics manufacturer and petroleum refiner based in Rotterdam with its main executive offices in Houston, into $12 billion, a six-fold return on investment that juiced the results of its biggest fund to a net internal rate of return of 30 percent. It was an astonishing result, especially in post-crash Wall Street, landing Apollo atop the lucrative private equity world and helping to launch an initial public offering of the firm, which is now valued at $10.5 billion. Harris earned $397 million from his work at Apollo last year alone; Black made $546 million.

But even as Apollo’s billionaires were exiting from LyondellBasell, another  billionaire investor was continuing to double down. In 2013, Len Blavatnik spent $575 million purchasing 8.5 million of Apollo’s LyondellBasell shares, an unparalleled bet on an investment that had already helped make him one of the richest men in the world, and one that had many scratching their heads at the time.

“It’s an easy argument against it: If Apollo is selling, why are you buying?” Blavatnik tells Forbes in a rare interview. “Before every one of my additional purchases of stock in LyondellBasell, some people around me told me it was a mistake and that I should sell instead of buying more.”

But so far Blavatnik has been right— seriously right. Shares of LyondellBasell have soared by more than 50 percent since he bought his last block of stock from Apollo.

In the history of Wall Street, there haven’t been too many money-making machines quite like LyondellBasell, which has seen its shares return 500 percent since it emerged from bankruptcy four years ago. And that’s been especially lucrative for Blavatnik, 57, who cobbled the company together, saw it fail and plunge into bankruptcy court, and then doubled down on the same assets, personally investing another $2.37 billion in LyondellBasell the second time around.

His investment is now worth more than $10 billion, generating $8 billion in mostly unrealised personal profits. As it stands, Forbes believes it’s the biggest individual score from a single deal, ever. While Blavatnik usually makes headlines these days for his media holdings, those parts of his portfolio are a sideshow compared to the LyondellBasell redemption that has pushed his net worth above $20 billion—making him the world’s 33rd-richest man.

“It is a historic transaction,” says Mark Epley, MD in Nomura’s private equity banking unit. Says Stuart Gilson, a Harvard Business School finance professor who has studied LyondellBasell’s restructuring: “It’s outstanding given the return, but recalling what we were all feeling in 2008—it was the end of the world—makes the outcome even more remarkable given the enormous risk.”

Blavatnik, who owns 16 percent of LyondellBasell through his Access Industries, thinks there’s still more room to run, wagering that LyondellBasell’s stock will continue to rise. “So far I feel vindicated and proud of my investment decisions,” he says. “The question is whether the luck will continue.”

When Len Blavatnik was first handed an investor memorandum for Dutch chemicals company Basell, it had the number 64 on the cover, prompting one of Blavatnik’s associates to caution him about jumping in. Why bid for a company that 63 other players were already considering? Blavatnik waved him off—he wanted to create a global chemicals empire, and this was his way in. A Ukrainian-born American citizen who grew up in Russia and immigrated to the US in 1978 at the age of 21, he later got his MBA at Harvard. Blavatnik made his first fortune with a former classmate in Russia, Viktor Vekselberg, in oil and aluminum deals during the anything-goes post-Soviet days. 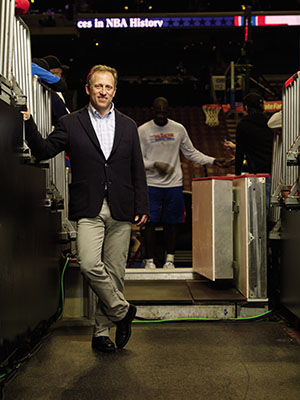 Image: David Yellen
“Time to monetise”: Apollo’s Josh Harris made billions on the company but missed much of the rally