Wal-Mart, long the bogeyman of the left, is making one of its long-held dreams a reality: Affordable green energy deployed on an industrial scale 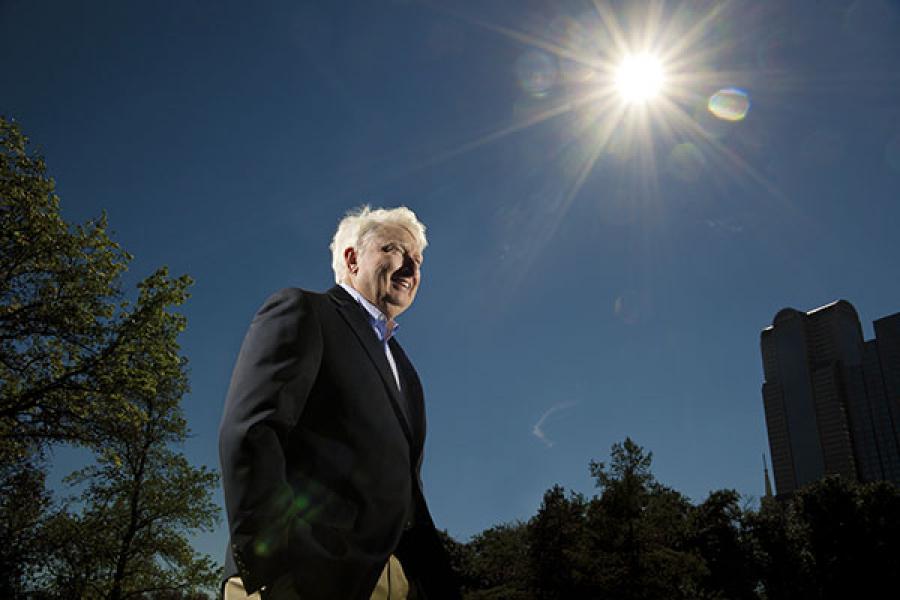 The roof of the Wal-Mart in Mountain View, California, is covered with solar panels. Depending on the time of day, they provide 15 percent of the power needed to run the store. Last year, US President Barack Obama stopped by here to give a speech about his energy plan. Standing before shelves filled with discount lightbulbs, Obama held up Wal-Mart as an ex-emplar of corporate responsibility.

“A few years ago you decided to put solar panels on the roof of the store. You replaced some traditional lightbulbs with LEDs. You made refrigerator cases more efficient. And you even put in a charging station for electric vehicles,” said Obama. “More and more companies like Wal-Mart are realising that wasting less energy isn’t just good for the planet, it’s good for business. It’s good for the bottomline.”

And it’s great PR for a company that has been lambasted for a range of corporate sins, from low wages and deplorable working conditions to accusations of predatory pricing and monopolistic behaviour (it denies these things). But if Wal-Mart’s energy initiative sometimes smells a little like greenwashing, the Bentonville, Arkansas-based giant (2014 sales: $480 billion) is far too savvy to lose money on it. Rather, the retailer has oﬀ-loaded the capital investment—and all the risk—onto partners, like SolarCity, that minimise its exposure by taking full advantage of the federal government’s generous subsidies for investing in alternative energy.

Wal-Mart has installed 105 megawatts of solar panels—enough to power about 20,000 houses—on the roofs of 327 stores and distribution centres (about six percent of all their locations). That’s enough to make Wal-Mart the single biggest commercial solar generator in the country. And it intends to double its number of arrays by 2020.

It’s all part of a goal that former CEO Lee Scott set in 2005 for Wal-Mart to be powered entirely with renewable energy. Wal-Mart uses an incredible amount of electricity. Worldwide power demand is roughly 29,000 gigawatt-hours per year. The US probably accounts for about half of that—enough to power about 1.5 million average homes. Forbes estimates Wal-Mart’s US electric bill to be around $1 billion per year.

It’s not at all clear it’ll meet that goal, even though subsequent CEOs have reiterated it year after year. Wal-Mart now gets 26 percent of its worldwide power from green sources, including wind, solar, fuel cells and hydropower. That’s barely better than renewables’ overall 13 percent share of US generation. “To make it harder on ourselves,” says David Ozment, Wal-Mart’s energy chief, “everything we do has to make business sense.” If Ozment were worried about making the business case for green energy, he could just follow the lead of other retailers like Kohl’s and Starbucks, which brag of running their operations 70 percent-plus carbon-free. But they do so by buying carbon credits or “oﬀsets” to balance out their greenhouse-gas emissions. Were Wal-Mart to follow this approach, it could oﬀset its 20-million-tonnes-per-year carbon dioxide footprint for about $200 million. Ozment dismisses that as an accounting gimmick. “Buying credits would be an added cost item rather than what we do, which is lowering costs,” he says. Instead, Wal-Mart has reduced its energy costs per square foot of retail ﬂoor space by nine percent.

Wal-Mart has cut costs by doing what it does best—using its heft to convince its suppliers to risk their own capital to get Wal-Mart what it wants. It gives access to its roof space to SolarCity or other installers, which pay to put up the panels (at a cost of about $1.2 million for the average array). SolarCity then sells the power generated to Wal-Mart under a long-term deal—at a price often cheaper than what the local electric utility would charge. “The value proposition is really obvious,” says Ozment, a 66-year-old career electricity executive who has been at Wal-Mart since 2003. “Why put up our own capital?”

At a dozen California locations, SolarCity is even sweetening the setup—installing backup batteries developed by Tesla Motors. They’ll help Wal-Mart save even more by storing up solar power from the sunniest parts of the day, then dribbling it out in the late afternoon when demand-driven electricity prices are highest. Wal-Mart has a similar setup with Bloom Energy, whose innovative fuel cells called Bloom boxes use a cleaner electrochemical process to transform natural gas into electricity. Today, 42 Wal-Marts in California have Bloom boxes. They save Wal-Mart 20 percent compared with grid power and emit around 35 percent less carbon than large-scale power plants.

Constellation, a division of power-generation giant Exelon, is putting up an estimated $200 million to install 20 megawatts of Bloom boxes, enough for roughly a quarter of the power needed at around 80 Wal-Mart stores. But this kind of financing arrangement won’t work everywhere. That’s because America’s green energy revolution has been built on a foundation of subsidies. There’s the federal investment tax credit, which allows investors to deduct 30 percent of the cost of building these systems. And in California, there are hundreds of millions of taxpayer dollars available in green rebates and grants.

The bad news for Wal-Mart and the entire green energy industry is that the federal green energy tax credit is set to expire in 2017. Ozment isn’t worried. After all, Wal-Mart is accustomed to putting the hard squeeze on its suppliers. “It’s an opportunity for utilities to rethink their business model,” he says. “There’s no reason there can’t be an adjustment.”