Recommerce: The future of retail? 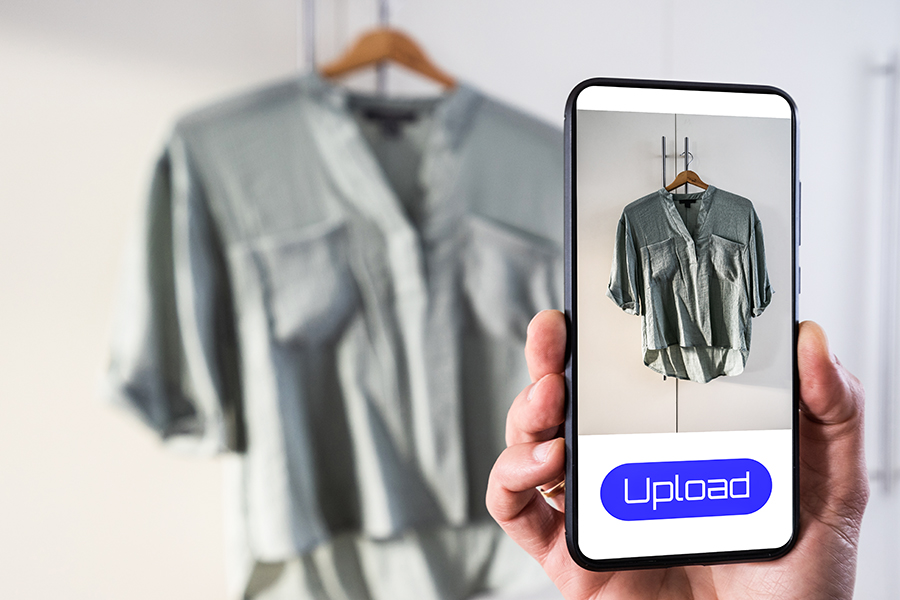 The Scenario
Over the past decade, as consumers became aware of how much waste the apparel industry generated and as organizer Marie Kondo promoted a more joyful, less cluttered existence, those crammed closets held increasingly less appeal. Why, people began asking themselves, was it necessary to own all this stuff? Could a closet be more flexible and fun and yet tread lighter on the earth? In fact, it was increasingly possible. Led by Rent the Runway, which pioneered special occasion dress rentals a decade ago, the market burgeoned with a full assortment of wear-and-return offerings, often sold as a monthly subscription, as Rent did. Even traditional retailers such as Bloomingdale’s and Urban Outfitters began offering customers chances to rent the latest fashions instead of purchasing.

But the share-and-reuse model went even farther: Consumers became increasingly interested in shopping secondhand, which began to be seen as both financially savvy and environmentally sensitive. Options proliferated for buying and selling gently used goods, including ThredUp, which billed itself as the world’s largest thrift store; Poshmark, which allowed consumers to sell directly to each other; and The RealReal, which helped sellers recoup value from designer purchases and gave buyers a crack at luxury items they couldn’t have otherwise afforded.

None of this was lost on Sara Whiffen, a former auto industry executive who used Poshmark and The RealReal to manage her own closet. She knew that the average Americans household had $7,500 worth of re-sellable goods sitting idle. Surveys showed nearly six-in-10 consumers were interested in buyback programs for old clothing but had relatively few options beyond charity shops or Poshmark. Whiffen also knew that the auto industry had been able to use buyback offers to entice consumers to return their vehicles and upgrade to new models. Why not a similar concept for high-end retail?

In 2016, Whiffen launched Rohvi (the name is a Latin mash-up that means “way to rotate”) to test the waters on buyback offers. In its initial trials, Rohvi operated business-to-consumer. Shoppers received a flyer at purchase: If they registered their purchase with Rohvi and then returned the item within six months, they’d receive a 30 percent store credit.

Although the trials generated promising insights, the model had problems. Consumers didn’t like the hassle of registry and having to immediately decide if they’d eventually want to part with the item was a turn off. For their part, retailers didn’t want old inventory coming back and many were reluctant to be early adopters of a new concept. Get my competitors using this service, many told Whiffen, and then we’ll sign on. Whiffen remained convinced that fashion’s future was circular — and data bore her out — so what could she do next?

The Resolution
Whiffen re-launched Rohvi as a business-to-business, private-label buyback program. Under the new model, Rohvi handled the traded-in merchandise (by donating or reselling goods outside the retailer’s local market area). The company also waited at least six months after purchase before reaching out to consumers with a customized buyback offer. Trials had shown that was enough time for the item to have been worn and either become or failed to become part of the regular rotation. Is the dress below (pictured) hiding in your closet? read a typical buyback offer email. The customer had a limited amount of time to accept the offer, but the trade-in credit could be used on any items.

In a trial with a high-end boutique in Charlottesville, Virginia, Rohvi saw that buyback offers had a 6 percent acceptance rate, twice the uptake on the boutique’s own marketing emails that typically offered discounts on select items. Rohvi also found that getting a store credit shifted shopper’s mindsets from “deal-seeking” to “upgrade my wardrobe” and they often chose pricier items. Buyback offers also drove visits to the retailer’s website as customers compared new arrivals against what they already owned. Finally, the program helped merchants understand which items had enduring appeal and which didn’t, shedding light on post-purchase habits and recommerce timing. Rohvi charged retailers an initial fee and payments based on results. By early 2020, two larger enterprises had committed to pilot programs with Rohvi.

The Lesson
In a recent McKinsey survey, 71 percent of consumers said they would be more interested in resale, rental or refurbished fashion after the COVID-19 pandemic ends.

Bottom line? Retailers need to follow their customers — and it’s clear that customers not only want to be fashionable, but clutter-free and sustainable too.