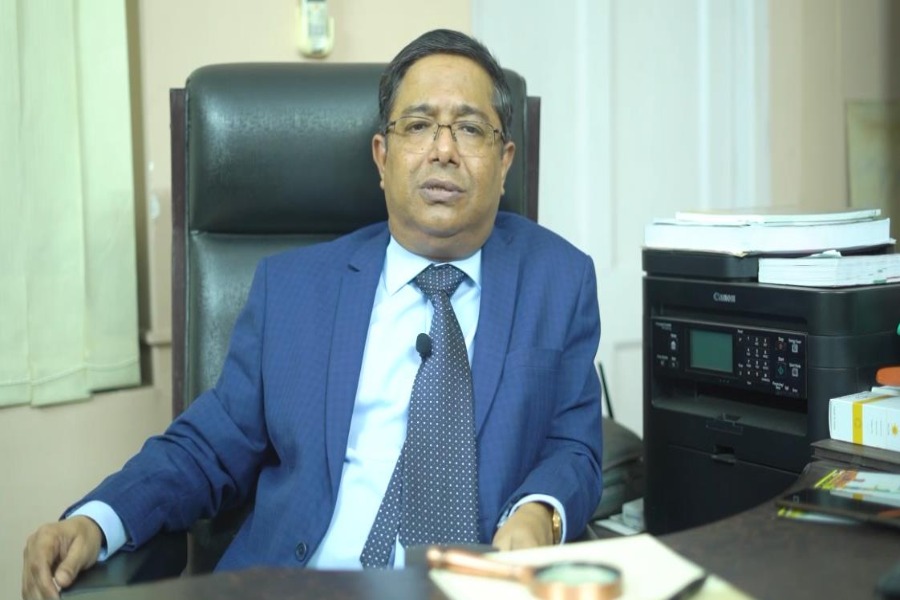 Categories of Fungal Infection There are four categories of fungal Infection, Superficial fungal infections are caused by fungi that grow on the surface of skin & hair. Subcutaneous fungal infections penetrate below the skin to involve the subcutaneous, connective, and bone tissue. Systemic fungal infection - Systemic mycoses or deep mycoses infect internal organs and become widely disseminated throughout the body. Cutaneous mycoses or dermatomycoses - Include such infections as athlete’s foot and ringworm, where growth occurs only in the superficial layers of skin, nails, or hair.  Causes of Dermatophytosis  Dermatophytosis infections are fungal infections caused by dermatophytes a group of fungi that invade and grow in dead keratin. Several species commonly invade human keratin and these belong to the Epidermophyton, Microsporum and Trichophyton genera. They tend to grow outwards on skin, producing a ring-like pattern - hence the term 'ringworm'. They are very common and affect different parts of the body. They can usually be successfully treated but success depends on the site of infection and on compliance with treatment. Dermatophytes are also classified into different subtypes which include anthropophilic, zoophilic, and geophilic. Anthropophilic dermatophytes are the main cause of human dermatophytosis. They are often transmitted from one person to another or by contaminated objects (e.g. clothes, hats, hairbrushes), and generally cause long-lasting infection with mild inflammation. Zoophilic dermatophytes they can occasionally spread to humans by direct contact. Geophilic dermatophytes grow in keratin-rich soil containing decaying feathers, horns, and hairs.
Issued in Public Interest by Oaknet Healthcare
Treatment for Dermatophytosis  Treatment is done to reduce risk for secondary bacterial infection, and limit spread of the infection to other body sites or other individuals. Topical antifungal therapy is the treatment of choice Ring worm lesions on glabrous skin that have limited size can be treated by topical creams or solution as shampoo, such as clotrimazole and miconazole, Severe or persistent dermatophyte nail infections can also be treated with chemical or surgical removal of the affected nails.   All of dermatophytes infections need a long time to be cured not less than two weeks. Some of cases need at least six months to cure such as Tinea capitis and onychomycosis. Distribution of squamous epithelium cells that hold fungal elements within it are the source to cause dermatophytosis new infection. Good hygiene and limited sharing things of other people is the important to control and prevent the infection with dermatophytes. To prevent the spreading of an infection, individuals should avoid close contact with others, as well as sharing personal objects that could be contaminated.   Factors Causing Fungal Infection  There are number of factors that increase the risk of developing fungal infections which include:   Care to be taken in Fungal Infection  There are some tips which are required to followed for taking care from fungal infection  Avoid wearing tight clothes, jeans and shoes. Regular baths with antifungal soaps Treatment for Psoriasis  Treatment for Psoriasis depends on how severe the Psoriasis is there are various options for the treatment of Psoriasis which include topical therapy, light therapy & oral or injected medications   In Topical Therapy it includes corticosteroids which are used for the treatment of mild to moderate psoriasis. They are available as ointments, creams, lotions, gels, foams, sprays and shampoos. Mild corticosteroid ointments (hydrocortisone) are usually recommended for sensitive areas, such as your face or skin folds, and for treating widespread patches.  Topical therapy also include Vitamin D analogues, Retinoids, Calcineurin inhibitors, Salicylic acid, Coal tar, Goeckerman therapy    For treatment of moderate to severe psoriasis Light Therapy is a first line option which involves exposing the skin to controlled amounts of natural or artificial light. It includes brief daily exposures to sunlight which might improve Psoriasis   Light Therapy also includes UVB broadband, UVB narrowband, Psoralen plus ultraviolet A (PUVA), Excimer laser   In case of moderate to severe psoriasis when other treatment options fail oral or injected (systemic) drugs can be used.  In oral or systemic medications it includes use of steroids for treating persistent Psoriasis patches. Oral & systemic medications also include Retinoids, Methotrexate, Cyclosporine, and Biologics.  Co-Morbid Conditions Associated with Psoriasis : Comorbidities associated with Psoriasis include  The pages slugged ‘Brand Connect’ are equivalent to advertisements and are not written and produced by Forbes India journalists.