The Nature of Business Should Change 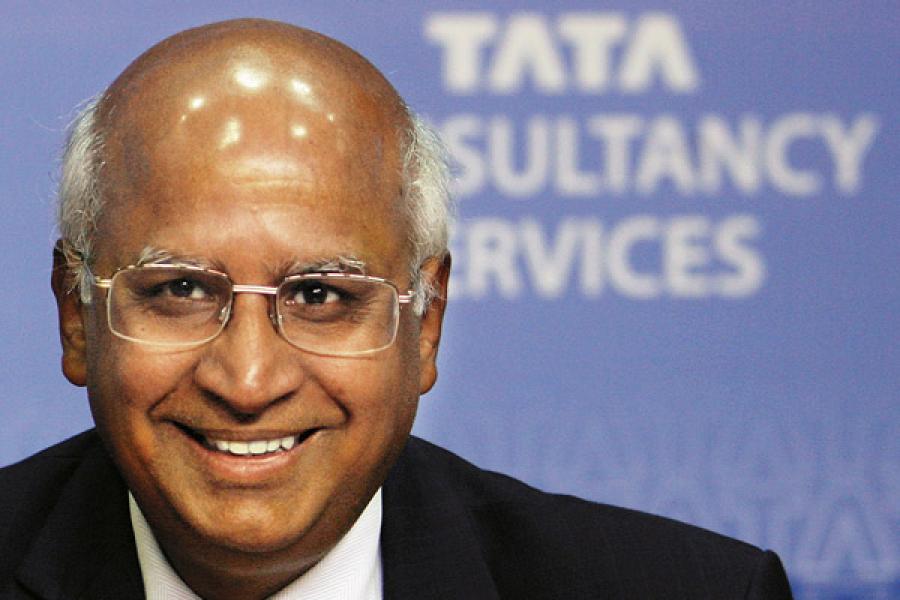 S Ramadorai
AGE:  67
Position: The Indian Prime Minister’s advisor in the National Council on Skill Development; vice-chairman of Tata Consultancy Services and chairperson of the board of governors of the Tata Institute of Social Sciences
Contribution: Built TCS from a small software services firm to a multinational IT services behemoth. As CEO, he had spearheaded TCS’ efforts to reduce its carbon and ecological footprint and helped build a company ethos sensitive to the environment and society

At the Powder River Council of 1877, Chief Sitting Bull said to his people, “Hear me, my people; we have now to deal with another race—small and feeble when our fathers first met them, but now great and overbearing. Strangely enough they have a mind to till the soil and the love of possessions is a disease with them… They claim this mother of ours, the earth, for their own, and fence their neighbours away; they deface her with their buildings and their refuse.”

The Chief’s lament obviously fell on bare rocks, yet his words continue to echo through generations. Since the beginning of the Industrial Revolution, the rate of resource exploitation to fulfill human needs has gone up nearly 7 times because the population of the world has increased from a billion then to 7 billion now. The human desire to consume is unlikely to abate, which means producers will have to use resources super efficiently and reduce dependence on nature to the barest. The heart of the problem is the difficult economics of using limited resources for a future population.

All businesses are built on the principle of adding value or taking away value from somewhere and adding it elsewhere. In the process they use energy, impact land, water and air and generate waste. These form the ecological footprints of businesses. The survival of business, society and the earth depends on reducing this footprint. It is not possible for businesses to act on minimising their impact on each of these elements unless they are measured properly in real time.

The proportion of energy produced from carbon-based resources, for instance, is extremely high in India. There are multiple ways to reduce consumption of energy. One way is to use better technology to improve productivity. One of the government-backed institutions in India, the Bureau of Energy Efficiency (BEE), has done it quite successfully. The BEE’s primary goal is to bring down the energy intensity in the Indian economy. It works with state governments and other agencies to promote energy efficient buildings and adoption of energy saving equipment such as CFL lights instead of incandescent bulbs. CFL lights helped the southern state of Kerala save about 300 MW of electricity last summer and eliminate power cuts.

The other way is by measuring the value created and the dependence on nature for creating that value. It is called naturenomics. To give a hypothetical example, if a company uses 10 units of power produced from fossil fuels, it gets a rating of 100. If it brings down its energy use by 20 percent then its rating improves to 80. If it then substitutes its energy source with renewable ones, its rating drops to zero.

This can be measured against an index and gradually the company goes from being in ecological debt to monetisable ecological credit. The higher level of productivity will naturally also be reflected in the share price of the company.

Progressive corporations can take a leadership role in building a sustainable world by adopting the following:

Many people think that protecting the environment is an expensive proposition. It is not. It appears so because they see it as a separate issue from their businesses. The trick is to look at business as a whole through the prism of sustainability and build in good environmental practices into business strategy itself. Who can argue against saving energy costs, recycling waste or maintaining the fertility of soil and purity of water? The saving opportunity alone will be of several billions of dollars.

Traditional economic valuation models are primarily based on a productivity-driven growth engine through the optimisation of the factors of production—land, labour, capital and organisation—leading to overdrawing of natural resources and rapidly depleting ecological assets. That will have to change radically and corporates will have to be revalued and measured over and above their financial performance, on ecological quantitative parameters related to land and biodiversity management, energy security, water neutrality, waste management, air quality and carbon neutrality. A concept of ecological debt and ecological credit—an ecological balance sheet—will have to evolve. Ecology will have to replace economics from the heart of business. Gross Domestic Product should be substituted by Green Development Index. A starting point would be developing a system to measure ecological performance, which can then be translated to economic terms.