D. Shivakumar: The Mobile Business Is Not For The Faint-hearted

D. Shivakumar, who was the managing director of Nokia India, says that to win the Indian market, you need a good brand with scale and constant innovation 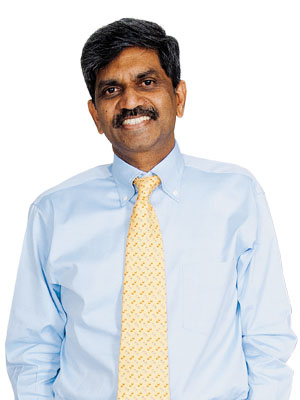 
You joined Nokia in 2006. How has the Indian handset market changed over these five years?
A lot has changed. In 2006, the total mobile subscriber base was under 100 million. Today we have nearly 600 million subscribers—that is a six-fold increase in as many years. No industry in India has achieved that and the telecom eco system and the government deserve credit for that.

The Indian market has moved from a basic feature phone market to a market with smartphones, all-rounder phones and a few basic phones. In terms of geography, urban penetration is ahead of 100 percent and rural penetration is about 40 percent. The next wave of growth is in getting rural women into the telephony fold.

Smartphones became popular in 2007—it started with our N series. Today, most smartphones and all-rounder phones have to come with facility for applications. So, the industry has moved from just devices to managing a solution to managing an ecosystem.

The consumer fascination with the mobile phone hasn’t changed. The looks of the phone and the desire for the next innovation continue to be strong. A cellphone is an integral part of the Indian consumer’s life and will be so for many years.

The nature of competition has changed a lot as well. How would you evaluate it today?
If you go back to 2000, the global handset market was essentially led by American firms, and some European firms. Now, Nokia is the only significant European player left and new brands have joined in the ecosystem. Competition has come in a wide spectrum, in the high-end segment as well as the lower price bands. One combination, however, has remained true in India—you need to have a good brand, with scale and constant innovation, if you want to win the Indian market. This business is not for the faint-hearted, the impact of small decisions is big.

That said, one worrying factor is the lack of standards for such a massive industry. The quality and safety standard of the majority of phones coming in is suspect and as an industry we must protect the consumer.

The Indian handset market is different today compared with 2006, with dual sim phones coming in, as well as cheaper, local cellphone makers. At the same time, tariffs have continued a downward trend. Where do you see the market heading in the coming years?
Dual sim phones became big because of the proliferation of operators and price-cutting plans. The consumer saw a price arbitrage in tariffs and hence took to a dual sim phone. Nokia was late in entering the dual sim segment, for some reasons and now dual sim is like a standard feature.

The price war in the tariff plans has hurt industry profitability and the industry now has to work collaboratively to get pricing premium back and thus create value. The current 17-operator situation is not feasible. An industry that was a very healthy one in 2006 is turning unhealthy in 2012.

With a base of 600 million subscribers, India will be a good market for replacement and also smartphones. 3G and the Internet will play a significant role in the future purchase of handsets. I expect banking, education, health and entertainment services to be offered on mobile phones in the future.

Before you joined Nokia, you had a stint with Philips and Hindustan lever. MNC companies look at India as a market for high growth and therefore this region is of considerable interest for them. What do you think are the pre requisites for a global company to be successful here?
For me, the start point for any MNC has to be good leadership. Most MNCs make the mistake of hiring a growth manager as opposed to hiring a CEO who has good values. The credo has to be to do right for India, the firm, the team and then the CEO in that order. Most MNCs get that order wrong. The people and the firm must have an ambition to make India count at the global level in the MNC. You have to think whole numbers for growth and not manage decimal points.

Also, you need to follow a variable cost model and not a high fixed cost model. MNC s and the analysts tend to reward predictability; India has a lot of vitality, but an equal dose of volatility. The MNC must factor that volatility from time to time. It is a mindset issue to tolerating and dealing with ambiguity. And if you set shop in India, it has to be for the long term with products and business models that can tap into the Indian opportunity.

What are the top three learnings from India that you could use in your next role as the head of IMEA (India, Middle East and Africa)?
I think it is a two-way process where both Africa and India can learn from each other’s experience and success. Nokia is a market leader in both and has contributed significantly to the economic and social development of the country where it operates. Lessons could be used in the areas of services, in the area of distribution, in the area of government services and so on.