NAC Reminds the Govt About the Marginalised

Activist Harsh Mander, who was recently dropped from the National Advisory Council (NAC), says that in his experience, the PM was his own man 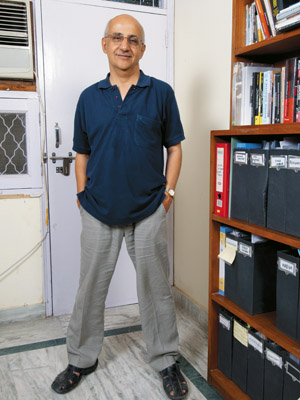 Harsh Mander
Age: 56
Last Position: Member, National Advisory Council
Education: BA Economics from St Stephen’s College.
Career:  Ex- IAS officer, currently the Special Commissioner to the Supreme Court of India, Director of the Centre for Equity Studies and also a visiting professor at IIM Ahmedabad. He protested against the Gujarat government in the context of the 2002 riots, for which he was presented awards for peace.
Interests: Reading, cinema and music.

Q. There is a sense that the NAC performed better under UPA-I. Your thoughts?
It’s a question of perception. NAC-I [NAC under UPA-I] delivered on many proposals such as RTI [Right to Information Act] and NREGA [National Rural Employment Guarantee Act]. These proposals went through a process. RTI emerged out of a 15-year struggle. Some members who were then part of NAC and went to Government and produced a weak and diluted version. It was in the Standing Committee that 153 amendments were introduced. A similar process happened with NREGA. NAC-II [NAC under UPA-II] took up the Right to Food Bill, Communal Violence Bill and the Land Acquisition Bill and NAC has come up with strong drafts. NAC-II has done a number of things wherein it has made an impact on [issues such as] manual scavenging, urban homelessness, disability rights and  problems faced by slum dwellers.

The NAC’s role is to keep reminding the Government about marginalised people. These issues have been brought up regularly.

Q. But how do civil society representatives with a left-of-centre outlook make their case before a government that has a different orientation and strong views on how the economy should be run?
In NAC-I, the Left was a part of the coalition and helped the NAC negotiate politically.

In UPA-II there is no other agency to carry forward within the Government, the recommendations that the NAC gives. There was no mediation by sympathetic left-of-centre parties in UPA-II. The Congress does not have a uniform homogeneous ideology. However, increasingly we are seeing market economics almost to the extent of market fundamentalism in the economic policies of the government and left-of-centre seems less powerful.

Q. Did ideology play a role in your being dropped from the NAC?
I wouldn’t like to speculate. It’s an advisory body. The government chooses the people it wants.

I have no superior claim when the Government decides it does not want the advice of some people.

Q. Why is it that the NAC became weak despite UPA chairperson Sonia Gandhi’s leadership?
She is an important voice. But she is not the government. The Prime Minister is very much his own person. He has a clear idea about what he expects.  He is running the Government decisively. It is his Government.

Q. What will be the significance of the NAC in the coming days?
The NAC has been appointed by the same Government.

It’s their duty to remind the Government about its duty.