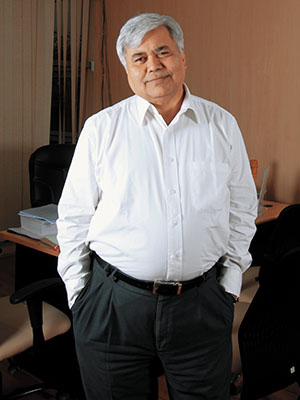 Q Does it worry you that even though you might have set the nuts and bolts of UID correctly, there could be other governance issues due to which UID-enabled schemes may still not work?
A. Yes, you are right. It does worry me. I completely agree that ultimately these tools have to be used by humans in a political system and if you have a lot of vested interests there, and a lot of fellows who are [adversely] affected by that [UID], then they will either blame the tool or even destroy it.

Q Now that you have quit the UIDAI, how do you look at those who criticised UID? Do you think they were justified to some extent?
A. There are two broad sources of criticism for UID: One, a lot of people were worried about the privacy of personal data and suspected that UID can be used for surveillance; the other group was that of NGOs working with marginalised people, and they felt UID was becoming a tool for exclusion. For example, a manual labourer may not be able to give valid thumbprints and fail to get minimum wages under NREGA.

There is a third group, which has not yet come into the picture: It comprises people who benefitted from the leakages in the system, like bogus ration cards. Once the actual transfers start, the economy of leakages will oppose UID in a big way.

For the first group, we have very cogent arguments since we are not collecting any confidential information except biometrics. That, too, is secure and we do not allow it to be downloaded. On the exclusion front, we have maintained that we will manage the 1 percent or 2 percent exceptions who fail to receive benefits.

Q  You are now the chief secretary of Jharkhand, which is often labelled as one of the worst-governed states in India. How do you look forward to your tenure?
A. One of the problems of governance has been that we have not built systems over the years. So, we tackle problems in an ad hoc manner; it’s more like firefighting all the time without really contributing much. Suppose we have 50,000 teachers in the state, and if I don’t maintain their promotions, salaries, etc, there is going to be a lot of grievances and these fellows are going to file writs in the high court and our fellows will just be responding to those writs and contempt cases.

So, I told my officers, you can continue with this firefighting drill or you should think long term and build systems. And I believe, by and large politicians don’t resent you if you try to improve systems. And that is the only way we can improve governance in the long term. The other thing is to be responsive and responsible at the ground level, otherwise we would have problems like Left-wing extremism. Our delivery systems should be transparent and non-discretionary.

Tweets by @forbes_india
Letter from the Editor: The Great American Recovery
Without Patented Drugs, There's No Generics Industry: Mylan CEO