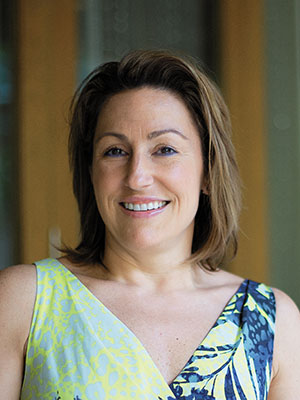 
Q. Norvatis recently lost a legal battle. Which side are you on?
A. Novartis’ drug was a tweak. It was not even a me-too, but a me-me-too product. By this court ruling, India is showing the right precedence, telling the world that we are not going to pay for it. You have to see this in the context that India is very much in the infancy of developing its health care. It was the Hatch-Waxman Act of 1984 that gave birth to the generics industry in the US… I won’t pretend that US got it all right, with 5 percent of the world population and 50 percent of drug spend. With hindsight 20:20, we could have done some things better. That said, I think there has to be a healthy balance between innovation and competition; one feeds off the other. Remember, if there’s no brand (or patented drugs), there’s no generics industry.

Q. In that case, how would you react to the decision on compulsory licensing that India recently took with regard to Bayer’s drug on kidney cancer?
A. We’ve dealt with compulsory licensing on our HIV/AIDS drugs in countries like Thailand and Brazil. Matrix [Hyderabad company that Mylan acquired in 2006] has been a pioneer in partnering with brand companies to bring high quality access through licensing and by respecting intellectual property. But I’ll admit that all that wouldn’t have happened without some arm-twisting by the governments. So, governments do have a role but there has to be respect for intellectual property.

Q. Do you think these cases will trigger more courtroom battles?
A. Yes, it’s just the nature of our global economy and pharmaceutical business. These are no longer just domestic issues.

Q. You crusaded for changes in the Federal Food, Drug, and Cosmetic Act to arm the US FDA [Food and Drug Administration] to inspect local and foreign facilities with the same rate. Is it right to infer that several recent production facility shutdowns are as a result of that?
A. I fought so hard for Generic Drug User Fee Act. It’s not fair if good manufacturing practices are not applicable to every one. Or, at least [companies should] be transparent about it. In the last decade, all these companies have been selling in the US. If you look at data, the number of foreign facilities has soared, but the number of foreign inspections has remained flat. The delta in these years was huge. The best analogy I like to give is that if you are not looking for something, you’re not going to find anything. Until now, we had a domestic agency doing a global check but with this new Act, they’ll begin looking for something. But it will take FDA five years, to get where it needs to. We are at the tip of the iceberg. In the next five years, you’ll see more drug shortages, lot more product recalls and consolidation. That’ll be a healthy outcome of the law.