Former president of Trident Hotels, Rattan Keswani, tells Forbes India Thomas that hotels are realising that the world of tomorrow is skewed towards the domestic traveler 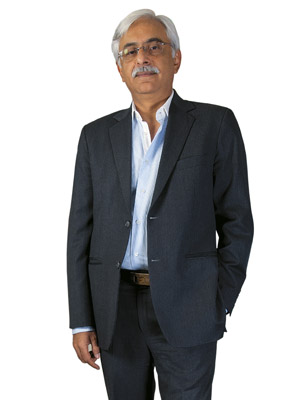 Q How did you decide to be a trained hotelier?
I had written two exams, one at the Oberoi and another at Jamnalal Bajaj as I was keen on MBA too. One day, the postman rang and there were two telegrams. One was a call for the Oberoi School and another for Bajaj. I selected Oberoi School because I had enjoyed the quality of their selection process. When I began, did I know the difference between a broccoli and a cauliflower? No. But I learned and the exposure was immense.

Q Did the glamour of the industry attract you?
I think more than the glamour, the industry has a great personality. And as executives, we need to understand the world of our guests because we all come from middle class families. So, while you should not forget your roots, you also need to understand your customers. One needs to balance these two worlds very carefully.

Q Any special stints over these 30 years?
My average stint at a location or department was of 28 months. It was dynamic. For instance in the 1990s, I moved from Delhi to Saudi Arabia and later to Sri Lanka within a span of six years. Sri Lanka was different. It was stressful. And from such an environment, my next posting was in Shimla!

Q The 26/11 attacks must have been a testing time.
It was emotional. By the time it finished, I was one of the only three people who remained inside the property as I was coordinating with the NSG. The hotel had been my family’s home for more than four years. I felt invaded. And there were team members whom I had worked with who lost their lives.

Q You closely worked with one of the icons of the Indian hospitality industry, Prithviraj Raj Singh Oberoi. How was the experience?
He is a visionary and an encyclopaedia. I have hardly seen him faltering while identifying people, including most of the 900 executives at the company. There is not much in the hospitality industry that he doesn’t know.

Q The Indian hospitality industry is going through a dynamic phase. What are a couple of things that stand out?
The greatest challenges are in the form of land costs and the tardy pace of paperwork in bureaucracy. There are close to 78 permissions needed from multiple departments to set up a hotel. The second part is that anybody can build a hotel. But not everybody can run a successful hotel business. An important part of that is building a great brand. Indian players have now learned how to do that. Third, the Indian traveller is getting prominent and hotels realise that the world of tomorrow is skewed towards the domestic traveller.