Cocoon civilisation: When will humanity shake off the duvet and Netflix mentality?

Are we all destined to stay at home under a duvet for the rest of eternity? France-based journalist and author Vincent Cocquebert analyses our apparent need to withdraw in today's society, and explores the origins of the phenomenon 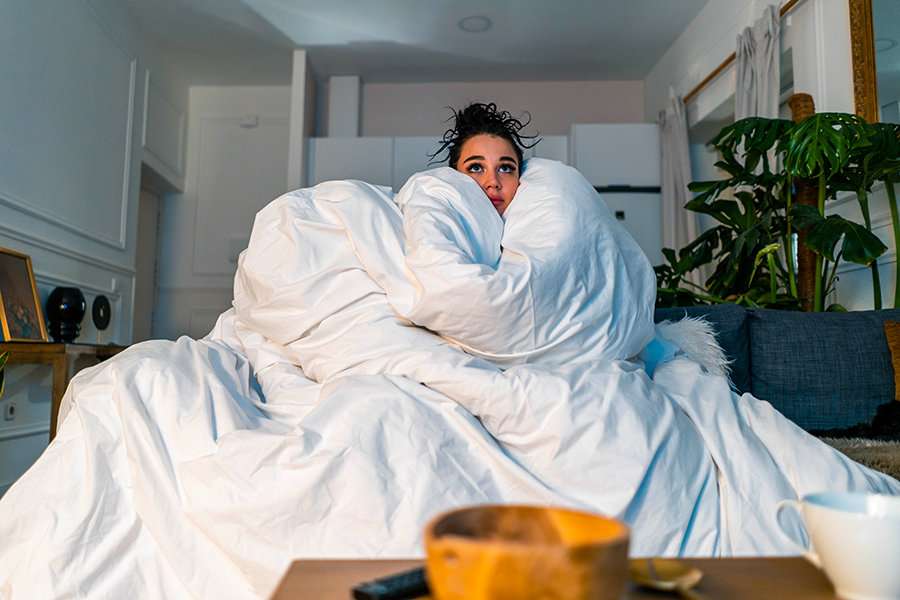 The pandemic took away many of our freedoms. However, now that we're starting to be free again, we're tending to stay within our comfort zone. But are we all destined to stay at home under a duvet for the rest of eternity? Vincent Cocquebert describes this phenomenon in his book "La Civilisation du cocon" [Cocoon Civilization] published by Editions Arkhê in March 2021. The France-based journalist analyzes our apparent need to withdraw in today's society, and explores the origins of the phenomenon.

You started working on your book some time before the pandemic. Were you already observing a kind of withdrawal in society or does it date back even further?
In my opinion, this was already foreseen in the working classes of the 1980s. During this Thatcher/Reagan decade, the values of individual, materialistic success were valued, with the promise of modernity and of being the driving force of one's own life. Except that this promise of emancipation is difficult to achieve for a whole part of the population. So, from the beginning of the 1980s, people withdrew into their suburban homes, gardened and stayed put. This was the beginning of a strong trend in the suburbs and in rural areas.

Now that many of us are back working in the office, we've realized that we like people -- but not that much -- because they're loud, and they're there ... in short, they're human.
That's what's interesting about the relationship with working from home. We like it, we want it, but it creates anxiety, depression and a feeling of isolation. That's the trap of this cocoon civilization: it's a false sense of security that makes it harder to get back into civilization. "I'd like to see my colleagues while maintaining this space, this bubble." In all the behaviors that have to do with this idea, we see a dialectic between the inside and the outside. And this generates negative effects.
Now that we are free, have we lost our spirit of adventure?
This spirit, that existed in representations in the media or in the movies, where we had Indiana Jones, has gradually come home, to nerd culture. In pop culture today, superheroes are there to protect us. They have taken the place of the adventurer who no longer exists. I think there's something in our imagination to do with protection. And then we realized that we were far from being superheroes in front of Netflix...
So snuggling under a duvet watching Netflix surrounded by candles, is that the real cocoon?
Globally, there is a desire for comfort, withdrawal, to be among ourselves. The pandemic and the drastic lockdowns have merely reinforced this feeling with this very paradoxical instruction: isolate yourself in the name of others, stay at home to save humanity. It makes the possibility of a shared destiny more complex. We can see that some people try to travel or come close to wanting change, but the vast majority of the population lives like a mini citadel, in a desire for protection.
Are we really more withdrawn than before?
Before, we were structured by large institutions. We had no choice but to live with otherness. We were not side by side, we lived together. Even on a political level, we were in the [idea of] the strength of the group. We are not there anymore. It's much more difficult to be part of a group. Hence this phenomenon of withdrawal. Even in the 1980s, the future was presented to us as something desirable. With collapsology, we're no longer in this idea of conquering tomorrow.
So how can we avoid social burnout this summer or fall?
We need to understand that this dynamic of permanent protection creates perverse notions. Whether they are professional or ideological. Our bubbles multiply without us realizing it. We just dial up the level. It raises our anxiety, and lowers our empathy. We need to learn to work on ourselves, to get out of ourselves to get reacquainted with the other.