Onkar Kanwar: I was a novice in the business and that was to be my biggest advantage 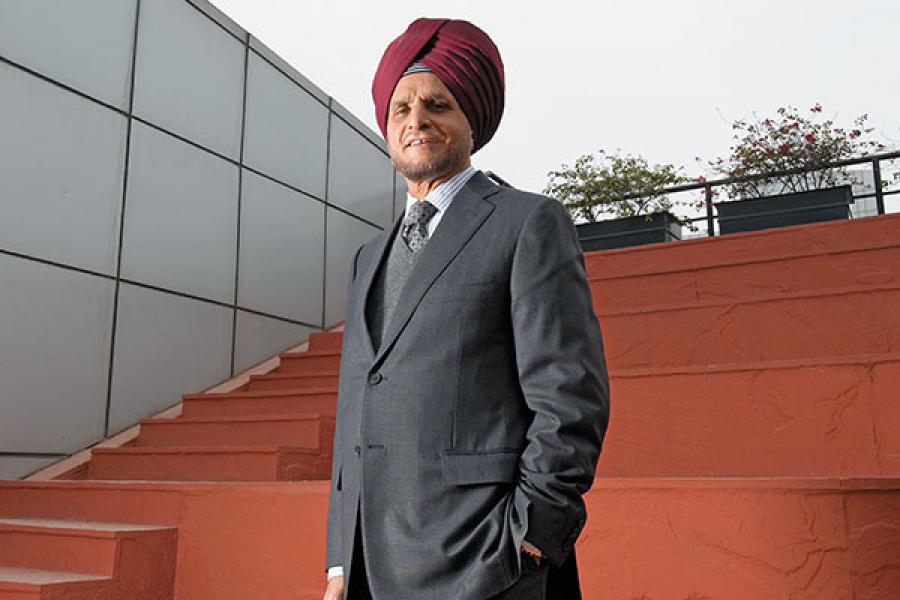 Image: Amit Verma
Onkar Singh Kanwar, 70, is the chairman of the $2.5 billion Apollo Tyres, one of India’s largest tyre manufacturing companies. He took control of Apollo Tyres in 2002 and under his leadership, the firm has gone global and established manufaturing facilities across Asia, Europe and Africa

Do I quit, even before I have begun the job?’ and ‘do I fight the person I respect the most just because I believe in something different?’ As I look back, in my 50 years-plus professional life, I think these two questions have defined everything I know about friendship, values and business, and have touched every aspect of my life—personal and professional. These are moments that either made me what I am or showed me who I am. In 1979, I had taken upon myself to revive the ailing tyre business of my father Raunaq Singh.


The accounts showed that in just two years, Apollo Tyres had wiped out its net worth four times over and on a capital base of Rs 80 million; the losses were Rs 300 million; tyres were being returned faster than they were being produced, as the technology was coming from an international company and had not been localised; shop floor employees had stopped work. Not ideal conditions to step into business for anyone!

And to compound the problem, I was a novice in the business and had little idea of the tyre trade. In hindsight, I think that was to be my biggest advantage—an uncluttered mind. Most acquaintances felt that my initiation into business was a sure shot recipe for failure. But youth and determination came to my rescue. Giving up was not an option. I just had to find a way.

My plan was simple—be transparent, communicate honestly and show a bigger positive picture. I called the employees and laid the facts on the table. We had nothing, not even enough to pay their salaries. I told them of the two options we had before us: Shut the factory and move on or attempt to create a Rs 1 billion-company in the near future.

Even after three decades, I vividly remember that meeting. I cannot forget the employee laughter on the ridiculousness of the ambitious plan.

However, a few serious eyes looked piercingly at me to make sense if the young man from Delhi was really serious or just adding salt to their wounds. They questioned and knew that I had no knowledge about running a company or making tyres. I’m sure I did not convince all of them, as many employees exited the company. Many continued only because they had no option, but it was a defining moment for many of us who shared the same belief as I did.

What was created after the meeting was people sharing the same values and culture and chasing the same goalpost. Beyond corporate hierarchy, many people have become good friends and trusted advisors for me and the company. Some continue to work for Apollo Tyres even today. A fresh young technologist believed, stayed and went on to become the chief of research and technology a decade later, and remains an advisor to this day. Employee number Two (my father was number One) is still part of my team, as are many from that fateful day.

I saw the magic happening as the young team was willing to go beyond the call of duty to take Apollo Tyres to dizzying heights. We hit the Rs 1 billion-mark in October 1986—seven years after we set our sights on it. Together we had not only saved Apollo Tyres from going belly up [bankrupt] but also created a successful new entity in the Indian business scene. We worked together with passion.

Our technology people travelled the length and breadth of the country in the cabin of a truck to understand the real life of a driver. Our sales people went out determined to win over dealerships with a missionary zeal. While there might have been the unspoken fear of failure in people’s minds, I do believe that the bigger driver was the shared vision and commitment to achieve it together. As the company stabilised, I used to think that for me and Apollo Tyres, that meeting was the defining moment and it would now be the usual corporate life with its ups and downs. Fate was thinking differently.

By the mid-1980s, Apollo had made a name for itself in truck tyres. Turnover was buoyant and profits were better than the industry average. The team could see a road ahead, but one that we would have to build to travel on. I was convinced we could do it. My father, then one of India’s most well-known entrepreneurs, wanted to diversify the business and create a conglomerate. I wanted to retain focus on the tyre business. We had tasted success and now wanted to be India’s No 1 truck tyre manufacturer, pushing out long-established names who did not offer the same customer proposition that we did. We were close.

My father was my role model. He had arrived in India as a refugee after Partition and started selling steel tubes, first on a bicycle and later from a small shop in Kolkata. While people would mention the textbook rags-to-riches story about him, I knew the pains he had gone through to build a conglomerate in India. How could I question his business acumen and fight with him for what I believed was the right thing for the company, its employees and various stakeholders?

Those few days before I decided to fight my father in the Apollo Tyres boardroom was the darkest, bleakest period of my life. My family questioned me even for thinking on those lines and I saw a family with very strong bonds being forced to be divided into the two camps. At the company too everyone was forced to take sides. This was obviously in nobody’s interest and the company did suffer.

Faith in the Almighty and the belief that my cause was the right one for our stakeholders guided me in the way forward.

Despite the pressure, I decided that for the sake of my belief and in the interest of the larger Apollo family, I had to take on my father in the corporate boardroom. This incident is a deep scar in my life but this was that defining moment which even today gives me the strength and wisdom and encourages perseverance when I feel weak.

As the head of an organisation, it is my duty to look beyond my family and consider the entire company as my family. I am pleased to say that the board of directors too saw the situation in a similar manner to the way I approached it and the decision taken by them was that Apollo should retain focus and grow in the tyre industry rather than diversify into unrelated areas.

These two events shaped and strengthened my belief that giving up is never an option. If something is worth doing, it is worth doing to the best of one’s ability. Secondly, if the cause is right then no matter who opposes it, one has to fight for that cause. The greater good is always supreme and personal feelings and relationships cannot hold one hostage to doing what needs to be done. I truly believe that I have become a better person because of these experiences, and my success is largely due to having gone through these and making my choices.

Tweets by @forbes_india
Quotes on Change
Alok Kejriwal: I was being called a broker when I was the innovator and pioneer