Smart Travel: The New 'IT' Thing

Smart IT is driving modifications in every step of our travel: From the way we plan it, to the way we go through it, and what we do after it. The pace of innovation is frenetic. Here’s a quick sampler of changes in progress 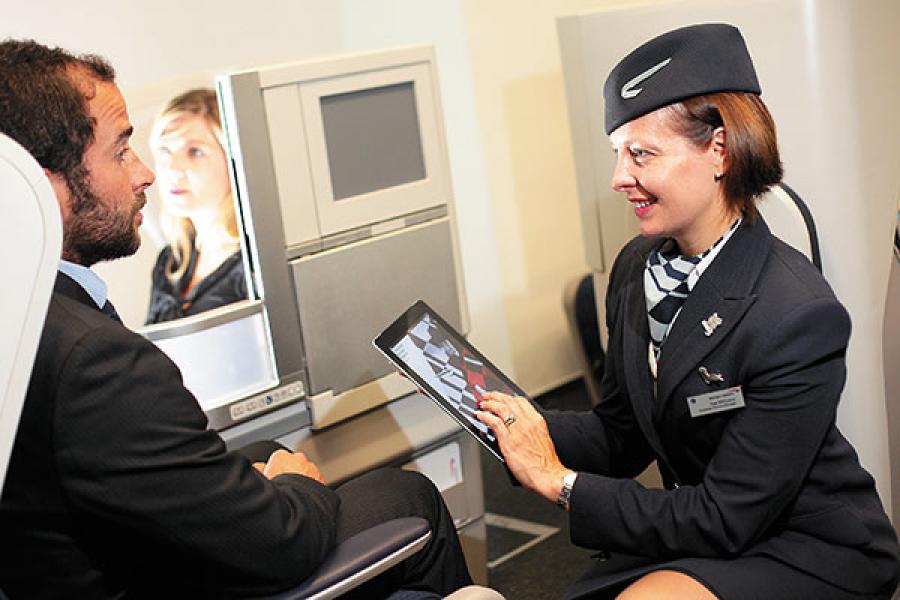 More mobile tech and onboard Wi-Fi
Delta, with Wi-Fi across its entire fleet, has been the most innovative carrier here. One recent launch is an app, available for Apple, Android and BlackBerry, that tracks baggage. Passengers can enter the number on their baggage receipts or just scan the barcode. They receive instant updates on whether their bag has been successfully loaded on to the aircraft and which carousel it can be collected from at the arrival destination. Extra-paranoid passengers can even access the app while they are in the air, thanks to Delta’s inflight Wi-Fi.

Travellers will find Wi-Fi available on a growing number of flights: American will complete installation of onboard Wi-Fi in 2013; United will outfit close to half its fleet ; and Southwest will have 75 percent of its fleet equipped, and may roll out video-on-demand, in 2013, if testing goes well.

Check This
● Automated check-in is a useful innovation that can cut travel time and hassles. British Airways is already trying it: Those who choose this option while booking their flight will be checked in, assigned a seat (which the passenger can change), and sent an electronic boarding pass 24 hours before departure. Once the passengers’ seating preferences are on record, the airline will ensure they are automatically checked in to just such a seat. If the try-outs on the French routes go well, BA plans to roll it out across its network by the end of 2013.

● Bilund, a tiny Danish airport, has laid claim to an innovation that allows passengers to print their bag tags and boarding passes at home, rather than queue up at an airport desk or kiosk. The passenger has to fold the printouts, place it in a plastic cover, attach it to their bags and deposit them at a dedicated Express Drop desk at the airport. Following a successful six-month development and testing period—in which Thomas Cook Airlines tried out the scheme—the home-printed bag tag has become a permanent offering. The airport plans to take this further, and install self bag-drop to remove the need for an airline agent to be involved in any stage of the check-in and bag-drop process. 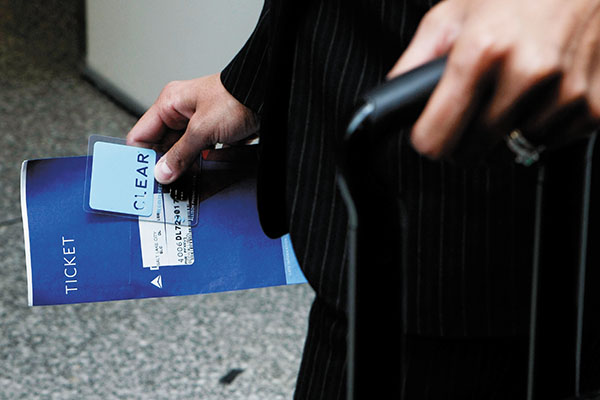 Image:Justin Sullivan / Getty Images Trusted Traveller programmes
Long queues at customs, immigration and security are things airlines can do precious little about; in fact they will only get worse. The US Transportation Security Administration’s Pre-Check is an expedited screening programme and is a step forward. The US Customs and Border agency is already running Nexus for frequent travellers on the Canadian border and Sentri for those who cross the Mexican border. The programme, currently available to Americans and a few other nationalities, allows travellers who have undergone background checks and finger-printing to walk through 35 US airports with minimal checks. They can leave shoes and jackets on, and don’t have to take their laptops and liquids out of their bags.  Travellers can get into Pre-Check by enrolling in the Global Entry programme, which costs $100 for five years. With Global Entry, travellers can simply take their passports to a kiosk to re-enter the US from abroad and avoid long lines at passport control and customs. National security agencies in other countries are looking at using databases and biometrics to recognise frequent fliers. Sadly, we are not sure when these changes will reach Indian shores. 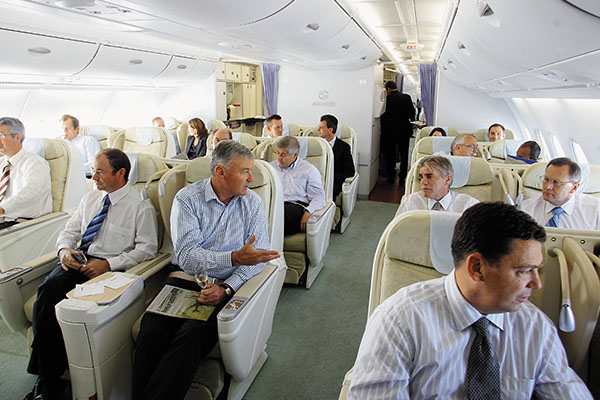 Social seating
Inevitably, airlines are figuring out how to use the ubiquity of social media to help passengers further personalise their travel experience. When KLM passengers make seat reservations, they are asked if they want to share their LinkedIn or Facebook profiles.  If they do, they can in turn, see other logged-in passengers listed for the flight. This gives passengers the option to sit next to friends, colleagues, fellow conference attendees, or just meet someone with similar interests. The only other airline doing something similar is Malaysian. Quite naturally, these experiments have polarised travellers, with some thinking it a great idea and others afraid of being stalked.


Digital Wallets
Apps that allow users to store tickets, boarding passes and cards on their phones, like Apple’s Passbook and Samsung’s Wallet, are taking root. About two dozen airlines, including Delta, American and Virgin Australia, support Passbook, and others are joining in fast. Passbook allows travellers to bypass check-in queues, since they do not need boarding passes to be printed out.

The app is triggered by location or time, so it issues notifications to alert users about when they can use the passes stored in their account. It also provides real-time updates for membership points and boarding pass changes. Passes saved within the app feature bar codes that can be scanned at payment terminals so retailers like Starbucks are using it too.