Three days after Myanmar's military seized power in a coup, Aung San Suu Kyi, has been charged with illegally importing at least 10 walkie-talkies, that could land her in prison for up to three years 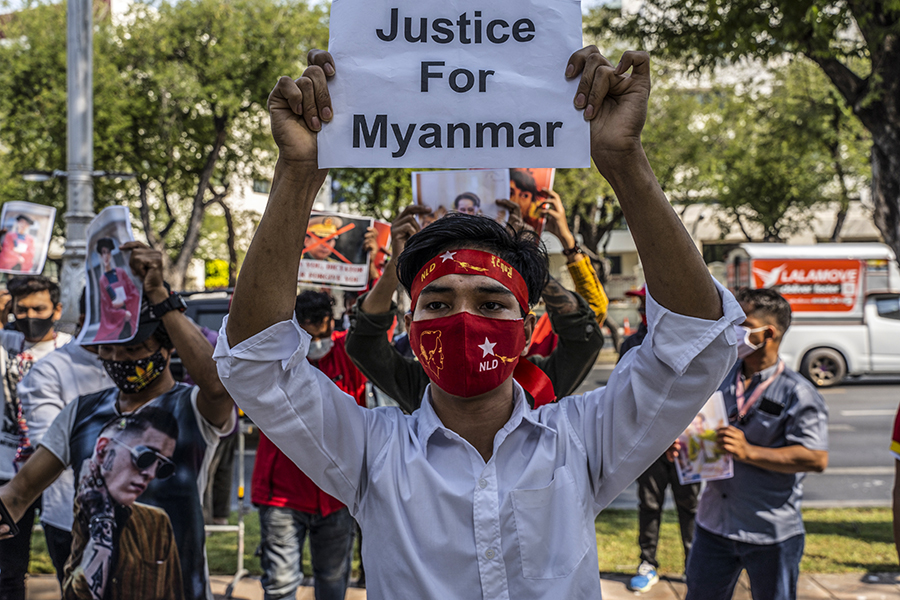 A person wearing a National League for Democracy (NLD) face mask and headband holds a signs during a demonstration outside the United Nations headquarters in Bangkok on Wednesday, Feb. 3, 2021, protesting the recent military coup in Myanmar. Daw Aung San Suu Kyi, the Myanmar civilian leader deposed by the military in a coup, was charged on Wednesday with an obscure infraction: having illegally imported at least 10 walkie-talkies, according to an official from her National League for Democracy party; Image: Adam Dean/The New York Times

Tweets by @forbes_india
The duo using drones to help farmers
Photo of the Day: Fly past