After riot, business leaders reckon with their support for Trump

The executives who stood by Trump were ultimately among his enablers, bestowing him with the imprimatur of mainstream business credibility and normalizing a president who has turned the country against itself 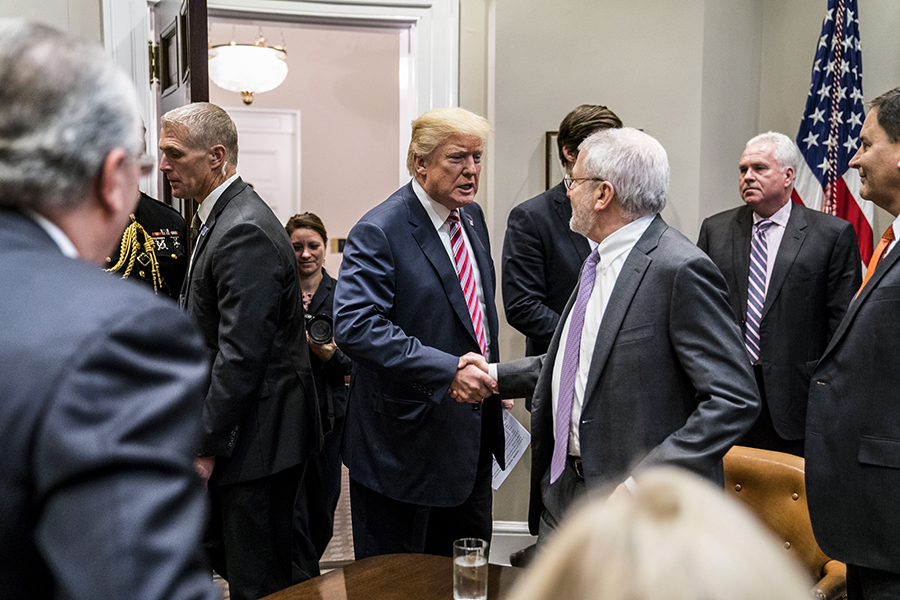 President Donald Trump at a meeting with business leaders about tax reform in the Roosevelt Room of the White House in Washington, Oct. 31, 2017. From the start of Trump’s presidency, corporate America has vacillated between supporting his economic agenda and condemning his worst impulses. Image: Doug Mills/The New York Times