Apple rolls out its latest, with improvements around the edges

Apple is betting that by adding new features and making slight design improvements, customers will keep shelling out more money, a strategy that has worked for years 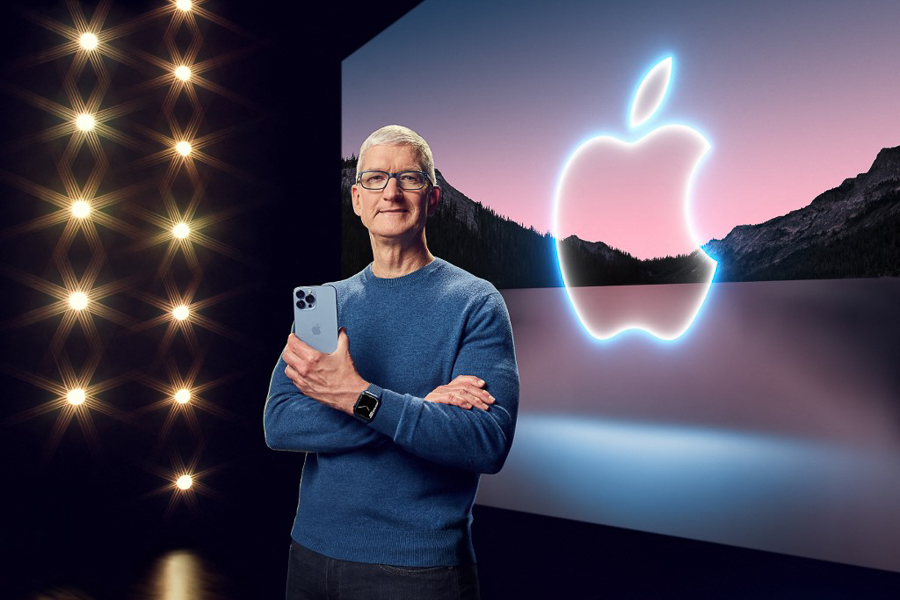 It is a story that now happens just about every September: Apple introduced new gadgets that have slightly bigger screens, faster speeds and better cameras — but no new major advances.
On Tuesday, Apple held its annual fall event in which it unveiled the newest versions of its old devices. In a 77-minute prerecorded infomercial, Apple executives framed the improvements in the new iPhone, iPad and Apple Watch as significant innovations, though the devices looked much like the products that the company has touted in previous years.
Apple is betting that by adding new features and making slight design improvements, customers will keep shelling out more money. It is a strategy that has worked for years. Sales and profits have continued to surge for the world’s richest company, even without the kinds of innovations that it more regularly produced a decade ago.
Here are the highlights of Apple’s announcements.

IPhone 13 pushes out the display

Apple said its new iPhone 13 models have a brighter screen, slightly longer battery life and more powerful cameras and computer processors. Having already pushed the iPhone’s display nearly to the edge of the device, Apple slightly increased its size by reducing the small notch at the top of the screen. Apple kept the same flat-edge design of the phone that it has used in other recent models.
As in past years, Apple unveiled two separate versions of the new iPhone: the entry-level iPhone 13 and iPhone 13 Mini and the more expensive and advanced iPhone 13 Pro and iPhone 13 Pro Max.
The price of the iPhone 13 will begin at $800 and the iPhone 13 Mini will start at $700, the same as the entry-level iPhones last year. The iPhone 13 Pro and 13 Pro Max will start at $1,000 and $1,100, also the same as last year’s premium versions.
Apple spent much of its advertisement showing off the iPhone’s new “cinematic mode,” a camera technology that can automatically follow and focus on a subject, resulting in videos that more closely resemble professional movies.
The iPhone, now in its 14th year, remains one of the world’s bestselling products and the centerpiece of Apple’s business. Over the first half of the year, the latest period available, Apple said iPhone sales rose 58% to $87.5 billion from a year earlier.
That success is partly because Apple has built an intensely loyal customer base, and also because it has designed its products in a way that makes it difficult for customers to switch to competitors like Samsung or Google. The iPhone also remains among the best smartphones on the market in several areas, including camera technology and screen resolution.

The new Apple Watch Series 7 is roughly the same size as last year’s model, but its screen has been stretched to the edges of the glass to make the display area 20% larger. The watch, which comes in two sizes, also has a new design to make it more durable, with better dust resistance.
The company left the prices of the devices unchanged from last year’s models, with a starting cost of $400.

While the Apple Watch is one of the company’s smallest product segments, it would be an enormous standalone business for other companies. Apple’s so-called wearables business, which also includes its AirPods wireless headphones, grew 28% to $37.5 billion in the year ending June 30 over the same period a year earlier.
The Apple Watch is the world’s No. 1 smartwatch, with 36% of the worldwide market, according to Canalys, a research firm. Apple has consistently emphasized the device’s health benefits, including the ability to measure your blood’s oxygen saturation.
This year, Apple announced new features of its Fitness Plus subscription, a digital fitness service. The company said it was introducing five-minute workouts, winter sports, Pilates workouts and a group option that allows up to 32 people to exercise simultaneously and interact.
It also created a “time to walk” mode that gets people outdoors while listening to Camila Cabello, Dolly Parton and others. Apple said it would roll out Fitness Plus, which costs $10 per month, to an additional 15 countries this fall.

Apple also introduced new versions of its entry-level iPad, with a 10.2 inch screen, and its iPad Mini, with a 8.3-inch display.
Apple made the biggest improvements to the iPad Mini, its smallest tablet, giving it a new design and a larger, brighter screen. It now includes flat edges, matching the aesthetic of newer iPhones, and the home button was removed to make more room for the display.
The new, larger iPad includes improved cameras and software to make video calls easier by detecting people and automatically following their movements.
The new iPad Mini starts at $500, up from a $400 starting price for the most recent iPad Mini from 2019, the only price jump announced at the event. The entry-level iPad starts at $330, the same as last fall’s version.
The new tablets join an already crowded iPad portfolio. The company now offers five models of the iPad in various screen sizes with prices ranging from $330 to $2,400.
The iPad has been Apple’s fastest-growing product segment over the past 12 months, as more people bought the device while having to work, learn and socialize from home during the pandemic. Apple earned $30.4 billion from iPad sales in the 12 months ending June 30, up 41% over the same period a year earlier.

Tweets by @forbesindia
Cover story: Can Rajesh Gopinathan transform TCS and shed its outsourcing legacy?
How Vishal Bali is giving a fresh life to India's crippled healthcare sector and making his investors richer