The crazy cousin of traditional currencies, which fell below $4,000 in March, passed $19,783. More investors now are buying it for the long term 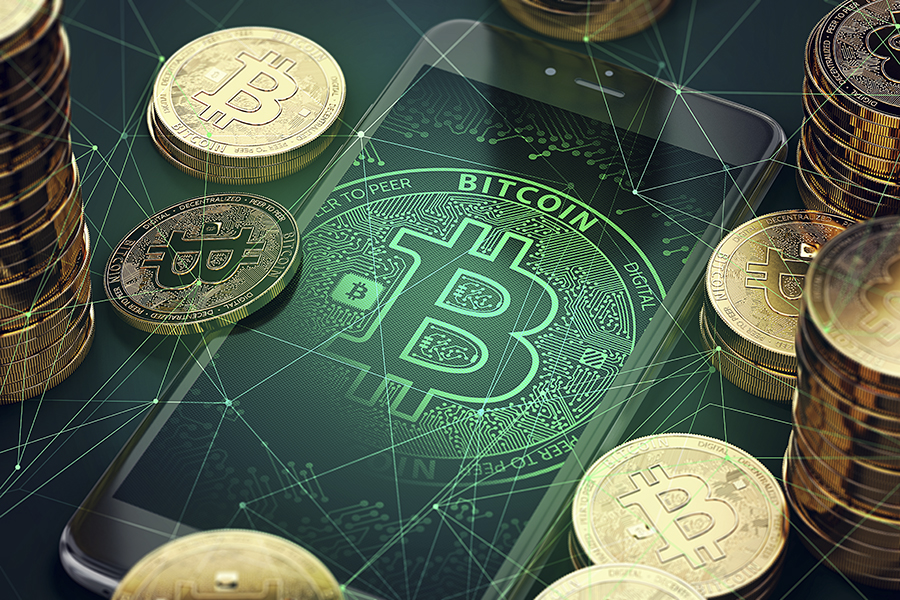 Bitcoin is back. Again. Nearly three years after it went on a hair-bending rise and hit a peak of $19,783, the price of a single Bitcoin rose above that for the first time Monday, according to data and news provider CoinDesk. The cryptocurrency has soared since March, after sinking below $4,000 at the outset of the coronavirus pandemic. Bitcoin’s latest climb is different from its last spike in 2017, which was driven largely by investors in Asia who had just learned about cryptocurrencies. Back then, the digital token soon lost momentum as people questioned what it could do other than allow for easy online speculating and drug and ransom payments. While those questions remain, Bitcoin is now being fueled by a less speculative fever. Buyers — led by American investors, including companies and other traditional investors — are treating Bitcoin as an alternative asset, somewhat like gold, according to an analysis from data firm Chainalysis. Rather than quickly trading in and out of it, more investors are using Bitcoin as a place to park part of their investment portfolios outside the influence of governments and the traditional financial system, Chainalysis and other industry firms said. “It’s a very different set of people who are buying Bitcoin recently,” said Philip Gradwell, chief economist at Chainalysis, which analyzes the movement of cryptocurrencies. “They are doing it in steadier amounts over sustained periods of time, and they are taking it off exchanges and holding it as an investment.” The excitement has been underpinned by regulators and mainstream financial companies that are trying to make cryptocurrencies safer and more accessible. The Office of the Comptroller of the Currency, a U.S. regulator, said this summer that banks would be allowed to hold cryptocurrencies for customers. And PayPal announced in October that it would follow its rival Square and allow people to buy and hold Bitcoin and a few other cryptocurrencies. “Our move came as a result of conversations with government officials, and then seeing the dramatic shift into digital payments as a result of the pandemic,” Dan Schulman, chief executive of PayPal, said in an interview. More than 1 million people — three to four times what the company expected — joined a waitlist to use cryptocurrencies before the feature was started, he said. Bitcoin’s rise is part of a broader exuberance in cryptocurrencies and stock markets, which are defying the gloom of a pandemic-induced recession. The Dow, S&P 500 and Nasdaq have hit record highs in November, with Wall Street buoyed by the presidential election and the news of potential coronavirus vaccines. Bitcoin is a digital currency with software and rules that were released in early 2009 by a shadowy creator with the pseudonym Satoshi Nakamoto. The computer code established that the total supply of Bitcoin would be limited. Only 21 million tokens will ever be created, distributed in small blocks each day — through a process known as mining — to some of the computers that maintain the currency’s online infrastructure. Like gold, Bitcoin can be created, moved and stored outside the purview of any government or financial institution. Bitcoins exist on a financial ledger, known as a blockchain, which is maintained and updated by a volunteer network of people running thousands of computers worldwide — a system meant to ensure that no one computer or institution can change the rules or control the network. The open nature of the system — and the fact that anyone can join it and create a wallet without providing so much as a name or a phone number — has made it popular for those who want to circumvent the traditional financial system. They have included terrorists, drug dealers and countries, like North Korea, Venezuela and Iran, that want to evade U.S. financial sanctions. But Bitcoin’s stateless nature has also won over investors interested in legitimate uses of the technology. Some have been motivated by a libertarian distrust of governments. Others who are less ideological have gravitated to Bitcoin as an alternative to the financial system. Still, Bitcoin is not backed by anything other than its computer network and the faith of people who buy it and give it value on exchanges. Many of these people are betting that someone else will be willing to pay them more for their Bitcoin in the future. That has made Bitcoin prices volatile. It fell to its most recent low in March when fear over the pandemic hit global markets. Soon after, though, investors began talking about Bitcoin as a beneficiary of the global downturn. In May, Paul Tudor Jones, one of Wall Street’s best-known hedge fund managers, said he had put almost 2% of his portfolio in Bitcoin. He said the cap on Bitcoin production made it an attractive alternative to the declining value of traditional currencies, which he thought was inevitable as central banks printed more money to encourage an economic recovery. “Every day that goes by that Bitcoin survives, the trust in it will go up,” Jones told CNBC at the time. He did not respond to a request for comment for this article. Some public companies also dived into Bitcoin because of concerns about the value of the dollar. In August, MicroStrategy, a software company in Virginia, said it bought $250 million of Bitcoin to store some of the cash it had in the corporate treasury. Michael Saylor, MicroStrategy’s chief executive, said in an interview that after knowing almost nothing about Bitcoin at the beginning of this year, he had become a believer in how the hard-coded limit on the number of tokens would help it hold its value over time. He became so enthusiastic that he put $175 million of his own money into the currency. MicroStrategy later bought another $175 million of Bitcoin. “For anything that anybody invested in as a store of value, it starts to look like it is better to move that into Bitcoin,” Saylor said.

Tweets by @forbes_india
BTS debuts at no. 1—thanks to CDs
Gajendra Rajpurohit : Decoding Fitness