The campaign to not post for 24 hours to protest Facebook's issues with hate speech and misinformation, had fans call it a 'stunt' 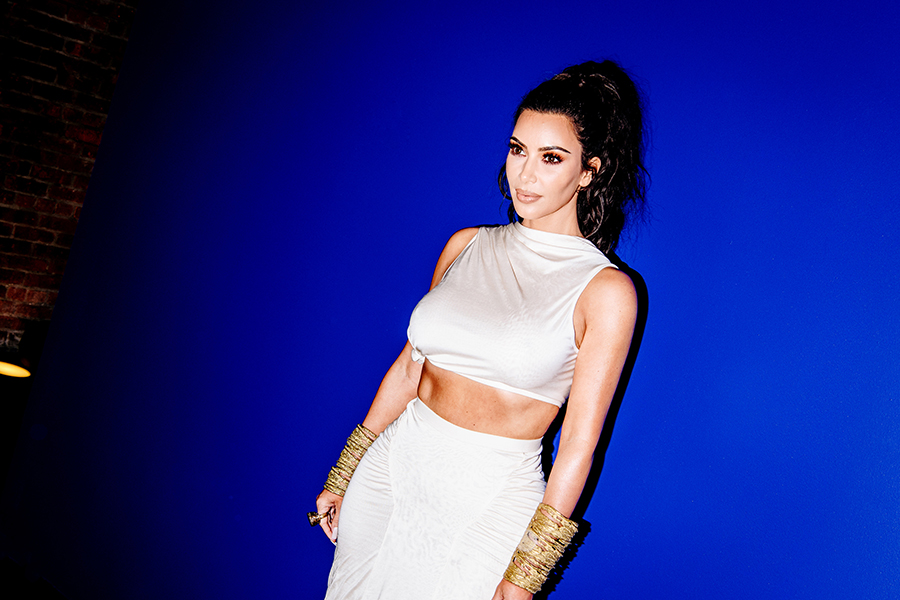 Kim Kardashian West at the Council of Fashion Designers of America (CFDA) awards, at the Brooklyn Museum in New York, June 4, 2018. A number of high-profile celebrities announced they will protest misinformation and hate speech on Instagram and its parent company, Facebook, by freezing their Instagram accounts on Wednesday, Sept. 16, 2020.
Image: Nina Westervelt/The New York Times

BERKELEY, Calif. — One by one, celebrities came forward this week to say they were sick of the misinformation and hate speech on Instagram and its parent company, Facebook. Many of them — Kim Kardashian West, Katy Perry, Leonardo DiCaprio — have tens of millions of followers on social media. Then the stars went further. They were not just speaking up to protest Facebook, they said, but would take action, too. On Wednesday, they said, they would freeze their Instagram accounts for 24 hours and not post anything on the photo-sharing site as a kind of moratorium against Facebook. But the move, which the celebrities made in concert with the Stop Hate for Profit Campaign, a coalition of civil rights organizations that had organized an ad boycott of Facebook in July, quickly became fodder for online criticism. On Twitter, people called the celebrity Instagram freeze a stunt. “Oh god what a sacrifice” to stop posting for a day, one user wrote. Another posted an eyeroll-like emoji and said, “Way to take a risk people.” The reaction resembled the griping over how #BlackoutTuesday, an Instagram trend meant to show support for the Black Lives Matter movement by posting images of black boxes, was an ineffective performative gesture rather than a substantive action. “These stunts are worthless if temporary and short-lived (which they always are),” tweeted Jenna Golden, the head of a consulting firm in Washington, mirroring a common sentiment shared across Twitter. “If anything, they shine a light on the fact that we cannot live without these platforms since everyone always comes back (brands included.)” It was a far cry from what the organizers of the Instagram freeze had hoped to achieve. The Stop Hate for Profit Campaign — which is made up of civil rights organizations including the Anti-Defamation League and the NAACP — has had success over the past few months in getting others to take action against Facebook for its distribution of toxic content. In July, the campaign persuaded more than 1,000 of Facebook’s advertisers, including Ben & Jerry’s and Puma, to pause their spending on ads on the platform. In an interview Tuesday, Jim Steyer, the chief executive of Common Sense Media, a nonprofit group that is part of the campaign, said the Instagram freeze was just the first step in a new round of messaging. After the 24 hours of the freeze was over, he said, celebrities such as Sacha Baron Cohen and Demi Lovato would begin posting educational messages aimed at young people. The messages would promote democracy and explain how social media companies spread disinformation, broadcast hate speech and allow far-right groups to form online. The freeze “is designed to keep up the pressure,” Steyer said. Of Facebook and Instagram, he added, “they are by far the worst platforms in terms of amplifying hate speech, amplifying racist messages and undermining democracy.” Steyer said he expected more celebrities, as well as groups and individuals, to hop on board the Instagram freeze as the campaign spreads. A Facebook spokesman declined to comment. The freeze effort began Monday, when celebrities including Baron Cohen and Mark Ruffalo posted that they were part of the campaign. On Tuesday, Kardashian West joined in. “I can’t sit by and stay silent while these platforms continue to allow the spreading of hate, propaganda and misinformation — created by groups to sow division and split America apart — only to take steps after people are killed,” she tweeted to her 66.7 million followers, urging them to also freeze their Instagram and Facebook accounts. In total, the campaign said at least 14 celebrities were taking part in the social media effort, including Jennifer Lawrence, Ruffalo and Kerry Washington. Despite the backlash, some people were emboldened by the stars’ announcements. “I’m in!!” one user tweeted in response to Baron Cohen. “Facebook is destroying minds, friendships, families, businesses. The false information that is being believed by previously rational people is destructive beyond belief. It has to stop.” But much of the rest of the reaction was divisive. “If you do not want to support @Facebook and its subsidiaries you just have to stop using them, full stop,” one Twitter user wrote to Kardashian West. Steyer said the Stop Hate for Profit campaign was also aimed at Facebook employees to encourage them to raise the alarm about the company’s procedures. “You’re starting to see employees of Facebook speaking out and whistleblowers within the company,” he said. “You want to look back at your career and say ‘I helped undermine American democracy?’ I hope not.”

Tweets by @forbes_india
What happened at New York's first pandemic fashion show?
Photo of the Day: At Mangal Bazar, it's business as usual