China scores a public relations win after WHO mission to Wuhan

The WHO team opened the door to a theory embraced by Chinese officials, saying it was possible the virus might have spread to humans through shipments of frozen food, an idea that has gained little traction with scientists outside China 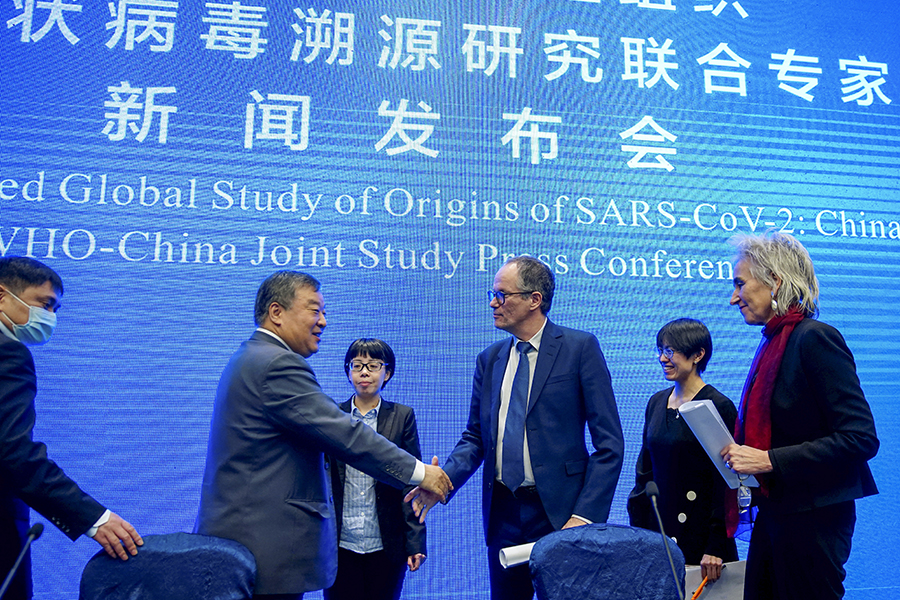 Peter Ben Embarek, a member of the World Health Organization (WHO) team tasked with investigating the origins of the coronavirus disease (COVID-19), shakes hands with Liang Wannian, head of expert panel on COVID-19 response at China's National Health Commission, next to Marion Koopmans at the end of the WHO-China joint study news conference at a hotel in Wuhan, Hubei province, China February 9, 2021.
Image: Aly Song / REUTERS

Tweets by @forbesindia
After violent start, Apple supplier looks to get back on track at new India plant
Photo of the Day: Canine to the rescue