"Hi friends, I want to share with you that I am trans, my pronouns are he/they and my name is Elliot," Page wrote in a statement that he posted on Tuesday 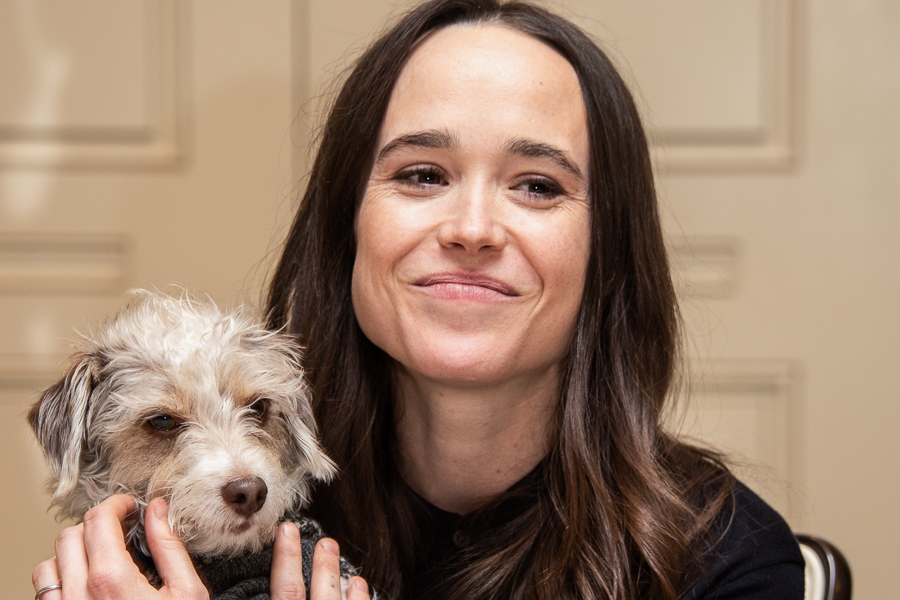 Ellen Page and her dog Patters at the Four Seasons Hotel on January 27, 2019 in Beverly Hills, California. Image: Vera Anderson/WireImage

Elliot Page, the Oscar-nominated star of “Juno,” announced Tuesday that he is transgender. “Hi friends, I want to share with you that I am trans, my pronouns are he/they and my name is Elliot,” Page, who as Ellen Page starred in several critically acclaimed films, wrote in a statement that he posted on Twitter and Instagram. “I feel lucky to be writing this. To be here. To have arrived at this place in my life.” Page, a 33-year-old Canadian actor and producer, is also known for roles in the movies “X-Men: The Last Stand,” “X-Men: Days of Future Past” and “Inception,” as well as the recent Netflix series “Umbrella Academy.” Page debuted as a director last year with the documentary “There’s Something in the Water.” “I can’t begin to express how remarkable it feels to finally love who I am enough to pursue my authentic self,” Page, who married choreographer Emma Portner in 2018, went on. “I love that I am trans. And I love that I am queer. And the more I hold myself close and fully embrace who I am, the more I dream, the more my heart grows and the more I thrive. To all the trans people who deal with harassment, self-loathing, abuse, and the threat of violence every day: I see you, I love you, and I will do everything I can to change this world for the better.” Portner voiced support and love for Page on Instagram. “Trans, queer and nonbinary people are a gift to this world,” Portner wrote. “Elliot’s existence is a gift in and of itself. Shine on sweet E.” Page came out publicly as gay in 2014. “I am tired of hiding, and I am tired of lying by omission,” he announced at a Human Rights Campaign conference in Las Vegas. “I suffered for years because I was scared to be out. My spirit suffered, my mental health suffered and my relationships suffered. And I’m standing here today, with all of you, on the other side of all that pain.” In September 2019, at the Toronto International Film Festival, Page addressed the progress of LGBTQ people in Hollywood — “There’s just so far to go,” he said — and whether he ever felt typecast. “You would never ask a heterosexual actress that, as being typecast as straight,” Page said. “Why would I not want to play those roles? Quite frankly, I would be thrilled if it’s every role I ever played again.” In a statement Tuesday, Nick Adams, director of transgender media at GLAAD, said of Page: “He will now be an inspiration to countless trans and nonbinary people. All transgender people deserve the chance to be ourselves and to be accepted for who we are. We celebrate the remarkable Elliot Page today.”