Ignoring cries of blatant hypocrisy, the Senate leader pushed through pre-election approval, capping off his reshaping of the judiciary 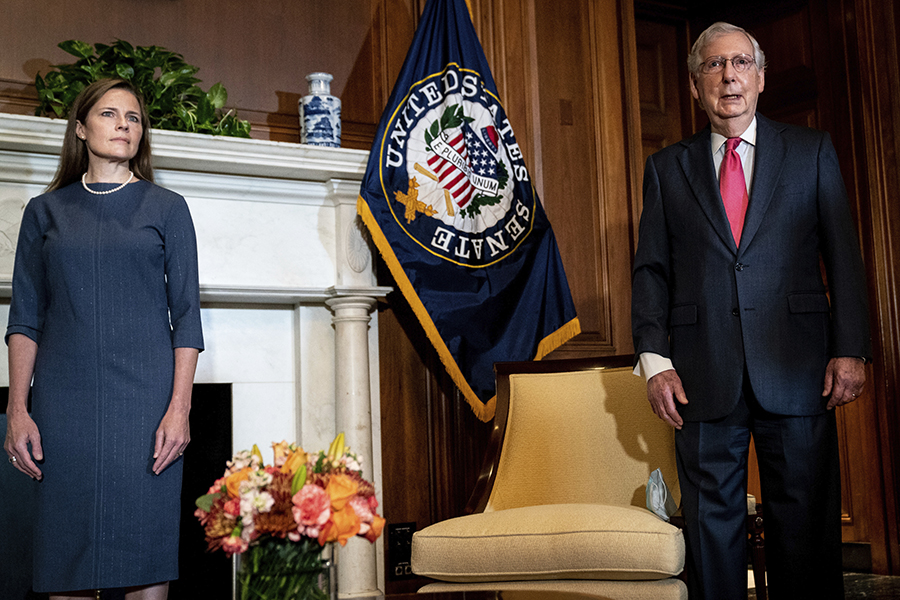 Judge Amy Coney Barrett, President Donald Trump's nominee for the Supreme Court, meets with Senate Majority Leader Mitch McConnell (R-Ky.) on Capitol Hill in Washington, Sept. 29, 2020. The confirmation of Barrett caps an enduring achievement that McConnell could not even have imagined four years ago: the confirmation of three Supreme Court justices, the appointment of fifty-three appeals court judges, and scores of new young conservative judges presiding on the district courts — all delivered under his close supervision and direction.
Image: Erin Schaff/The New York Times