Rupee depreciation 72-fold since India's Independence: What to infer?

Steep slides like this needs to be checked through RBI intervention

By Great Lakes Institute of Management 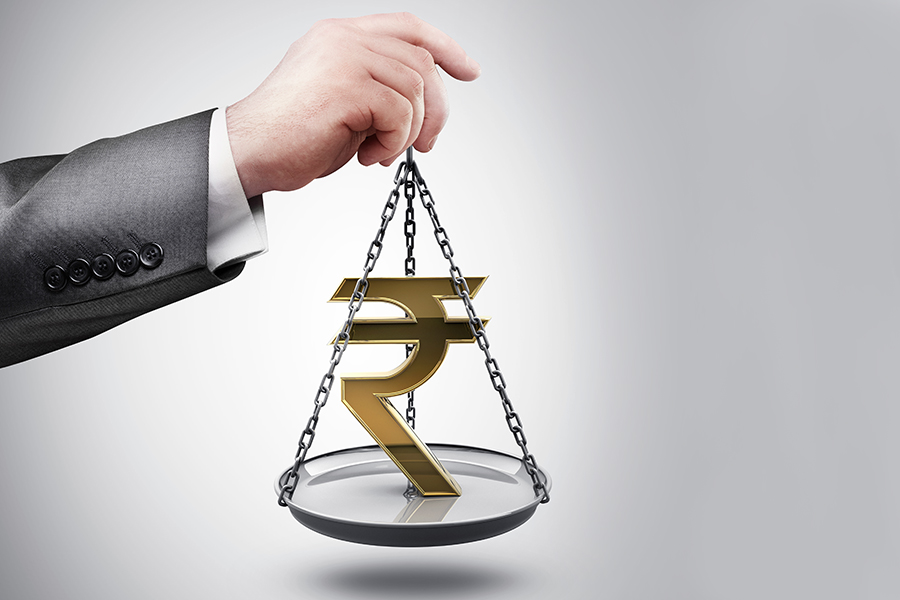 For long, Indians largely, especially in rural India, thought that the ‘Maximum Retail Price’ printed on the packet was the best price available to the buyer. The term ‘maximum’ never rattled anyone – educated or uneducated - into questioning why is the seller charging maximum price? Woken up by the alleged scams of recent past there is an ignited curiosity to know and analyse. People wish to understand the complex decisions of government to assess and cast vote accordingly. But, the data in its available form, may be too complex for the common man to comprehend. Complex concepts, with veiled statistics, get discussed through Whatsapp, Facebook and Twitter etc. leading to a lot of information and mis-information coexisting about any economic phenomenon. Hence, people look at statistics with apprehension. For instance, rising Indian stock market is for real or a bubble in making?

Direct tax collections reached all time high of Rs 10 lakh crore! People wonder if the government is making money for itself on cost of citizens; and is the government good for just collecting taxes?

The number of Income Tax returns filed increased by more than 70 percent. People worry whether all additions in tax will go back as refunds?

The Indian Economy grew 8.2 per cent in Q1 FY18-19. People ponder if it is the weak base effect prompting growth? whether it is real or data has been fudged?

News show that the FMCG and Auto sectors have shown robust results which shows consumer spending has increased which is a good indicator of growth; fiscal deficit in the last four budgets has been in control; trade account too has been managed very well in the last four years though this year it might reach 2.8 per cent; inflation is manageable at 4.17 per cent; and RBI says that the economy is poised to grow pretty strong. But, news also projects falling rupee and which seems to infer weakening economy. Is the economy actually weakening and is that a reason to worry? I wish to ask such people that if weak currency were a sign of weakness in the economy then why does China deliberately keep Yuan weak and pick conflict with US? And why do we fume at China’s weak Yuan policy?

At independence, in 1947, India was in its weakest state of economic health, but, one US dollar (USD) was equal to one Rupee (INR). Indian Rupee has never been as strong since then despite the then weak state of Indian economy. Weak domestic industry prohibited India to earn much required foreign exchange through exports. But, foreign exchange was required to pay for the much required imports like oil, machinery and food etc. Foreign currency was borrowed from foreign banks to pay of our imports. More foreign currency was borrowed to repay these loans. The exchange rate policy was deliberately tilted towards a strong rupee so that the imports remained cheap. But, in the process we killed the prospects of making our exports globally competitive. As our debts kept on increasing the country was forced to look for avenues to earn foreign exchange. The wars and the oil shocks only worsened the situation. The INR was repeatedly devalued from 1 INR a USD to Rs 4.79, then Rs 7.57, then Rs 8.39, then Rs 12, then Rs 17.90, then in 1991 a massive fall to Rs 31.37 to avert the Balance of Payment Crisis. In 1993, the rupee was allowed to float and a market based exchange rate policy regime began. Since then the INR has been naturally depreciating. The RBI checks for the irrational volatility in the short term but allows the INR to float in the long term. It can be seen that the weakening INR since 1947 has helped the country to grow strong.

In 2013, the INR fell drastically from Rs 55.97 on May 28 to Rs 68.83 on Aug 28 as US announced recovery from the 2008 global financial crisis and hinted about increasing interest rate and unwind the stimulus in form of quantitative easing. This fall in value of INR comes out to be whopping 23 per cent decline in matter of just 3 months. Now this was a cause grave concern. Steep slides like this needs to be checked through RBI intervention. RBI was able to manage it by increasing the interest rate for FCNR account and by selling some US dollars. The USD has now reached Rs 72.30. Some people are drawing a parallel with the weak situation of August 2013. It is being projected as if India’s economy is more vulnerable than Aug 2013 since INR has slid below the then low of Rs 68.83. While doing that people forget that economic variables have to be seen in unison of other economic variables like Forex Reserves; Inflation; Interest Rate and Current Account Deficit (CAD) etc. Today India’s forex reserves are higher by around 125 bn USD than then; Rupee has fallen by around 11 per cent in last 8 months in comparison to 23 per cent over 3 months in 2013; the current account deficit (CAD) had reached more than 6 per cent of GDP while the CAD for June quarter 2018 is around 2.4 per cent. CPI inflation in 2013 was 10.93 per cent compared to July 2018 figure of 4.17 per cent. As can be seen, the macroeconomic stability of the country is far better than how it was in 2013. The current weakening of the rupee is largely due to USD gaining strength against other currencies which have inherent weaknesses.

The anticipated trade war between US and China and other countries is adding fuel to the fire. INR is caught in the cross-fire. Turkish Lira, Euro, South African Rand, Russian Rouble, Brazilian Real and Chinese Yuan all have depreciated against US Dollar. Which countries’ situation is alarming will depend upon strength of other macroeconomic indicators. If China can benefit from weak Yuan so can India with a weak Rupee. China has already reported a current account deficit in first quarter of 2018. So the theory that China being a net exporter so a weak Yuan helps them, does not hold valid ground anymore.  Remember, India too wishes to be a net exporter and a weaker Rupee will benefit the country. The Real Effective Exchange Rate (REER) in July shows that INR is over valued by almost 15 per cent which means there is room for INR to depreciate at least by Rs 6-7. I hope the RBI does not intervene to resurrect INR artificially and commit the folly of yesteryears.

Tweets by @forbes_india
What did the AI say?
ByteDance to the music