Can innovation save us from ourselves?

Can technology and wisdom save the world from its most pressing problems? James Heskett looks at a recent book on the subject, 'Homo Deus,' applauded often by Bill Gates and Mark Zuckerberg. What do YOU think? 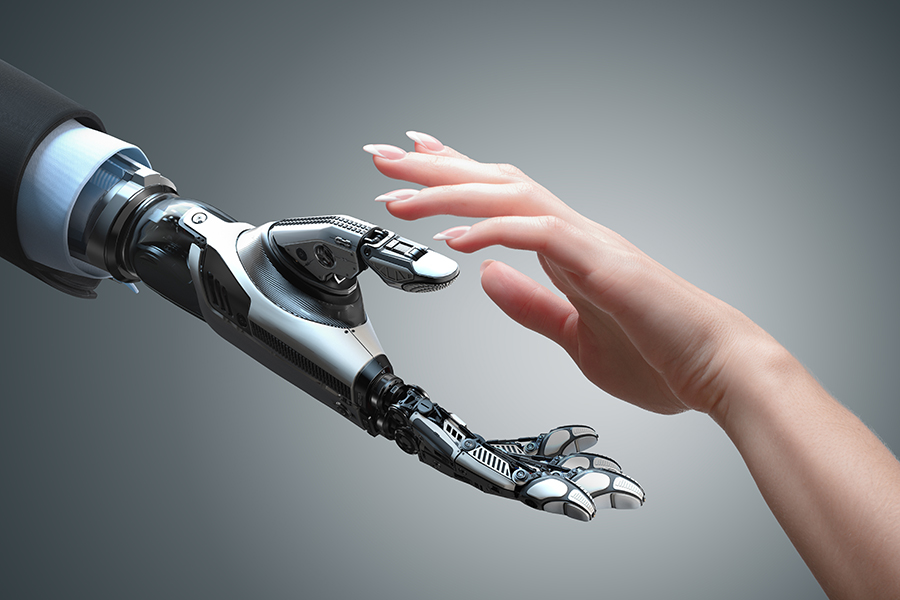 Image: Shutterstock
Every year about this time McKinsey Quarterly publishes a list of books being read by select CEOs. If a book comes up frequently on the list, it may serve as the subject of this column—last year, Joshua Cooper Ramo’s book The Seventh Sense was the centerpiece of the August column. While we can’t assume that CEOs endorse what they read, it’s nevertheless interesting to know what they are thinking about.
This year, one book was mentioned twice (Sapiens: A Brief History of Humankind), and its author, Yuval Noah Harari, was listed a third time for his new book, Homo Deus. Both Bill Gates and Mark Zuckerberg have applauded Homo Deus, which reflects the expansive thinking, unbounded optimism, and innovative tendencies of many in the tech sector.
In Homo Deus, Harari picks up on the notion that we are in a post-Holocene epoch in which humans have brought humanity’s “three great enemies”—famine, plague, and war—under control. Having been subject to the ravages of environmental and other threats, some of their own making, humans have attained the knowledge, the will, the organization, and the mechanisms to subjugate every other species on the planet to their will.
In Harari’s words, “Since the appearance of life, about a billion years ago, never has a single species changed the global ecology all by itself... Now humankind is poised to replace natural selection with intelligent design, and to extend life from the organic realm into the inorganic.” Hence a title meant to signify the elevation of humans into gods. This in itself should be enough to evoke a storm of controversy ranging from the political to the religious.
Whether one regards this book as science fiction, a political polemic, heretical, or now within the realm of possibility, it builds on scientific thinking. It subscribes to a belief advanced by Paul Crutzen, an earth scientist and Nobel Laureate, that we have witnessed the end of the 10,000-year-old (or more) Holocene epoch and are in what Crutzen terms the Anthropocene epoch. It is one dominated by the impact of humans on the earth’s environment through such things as the rivers we dam, the things we burn and consume, the way we use land, and the materials such as plastics that will remain as evidence of our presence on the earth for thousands of years to come. His work is grounded in science and little of it is judgmental, although many of his findings could be regarded as bleak.
If we are entering such a new epoch, others see it as one that presents unbounded opportunities. Diane Ackerman expresses hope in her book, The Human Age, that, “Our new age, for all its sins, is laced with invention … we’re revising our fundamental ideas about exactly what it means to be human.” The implication is that our ingenuity will help mankind throw off the yoke of inevitability that has been associated with such things as destruction and even universal death. (Of course, this could trigger other dilemmas.) For example, at Google there is a task force (Calico) whose objective is to develop the means for people to live productive lives of 500 years. At Harvard, a project is underway to transform an elephant’s genome into that of the extinct woolly mammoth, literally to bring back an extinct species, in part just to show that it can be done.
Clearly, both pure and applied scientists at the leading edge of this effort see an epoch in which even the most immense problems will be solved, even if the outcomes for all of us remain uncertain.
If this is the kind of work that is on the radar of Gates and Zuckerberg, what does it portend for the future? Will we witness the unimaginable? Or is this just further evidence of the hubris of scientists with some new tools and a lot of money at their disposal? At this point, is anything possible? If so, should we even be concerned about such things as global warming or even death? Can innovation save us from ourselves? What do you think?