It's hard to fix the family business without offending the family

Navigating complex relationships and understanding unwritten processes are among the many challenges of transitioning a family-owned business to the next generation. Len Schlesinger, Michael Raiche, and Roger Zhu discuss the dilemmas of a small Vietnamese restaurant in the case study "Pho Hoa Dorchester." 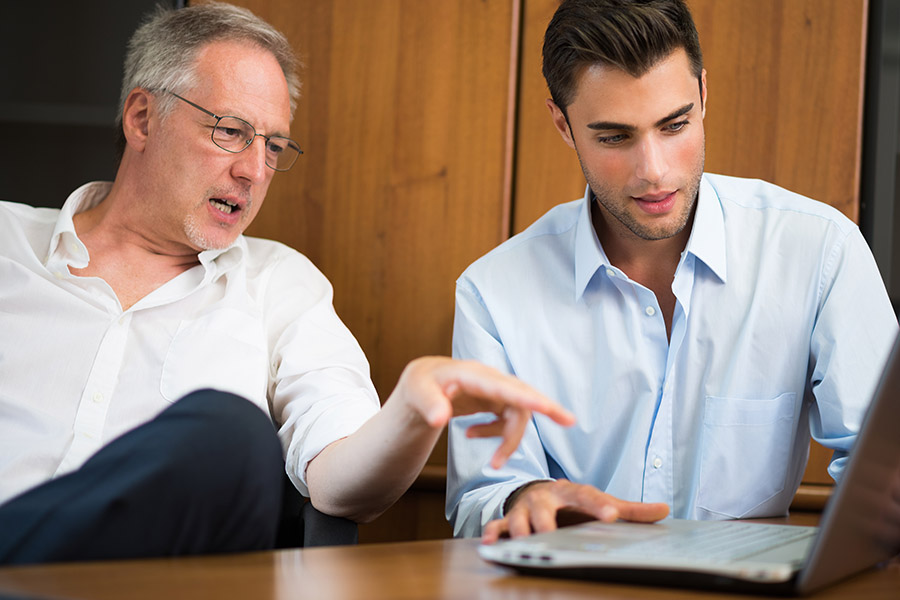 A few of the challenges in family businesses lie in navigating complex family relationships, transitioning from first- to second-generation ownership
Image: ShutterstockHarvard Business School case studies are often set in large corporations, where the wide range of problems encountered by managers serve as lessons for MBA students. A recent case finds equally beneficial lessons in a much different setting: a small family-owned Vietnamese restaurant in Boston’s inner-city neighborhood of Dorchester.

Challenges lie in navigating complex family relationships, transitioning from first- to second-generation ownership, understanding how unwritten processes and procedures work, dealing with problematic financial accounting, and facing the possibility of deteriorating service as the patriarch pulls away.

“This is much harder than anything I find in my big-company cases, and it’s all in bold relief,” says Harvard Business School Baker Foundation Professor Leonard A. Schlesinger, who coauthored the case, Pho Hoa Dorchester, with 2017 MBA students Michael Raiche and Roger Zhu.

Pho Hoa and Pho Linh, a smaller restaurant located in Quincy, Massachusetts, are owned as franchises by Thanh Le, who emigrated from Vietnam to the United States in 1981. Opened in 1992, Pho Hoa has been run with few formal processes in place and no regular income statement reporting, forecasting, or budgeting.

Thanh, wanting to take a well-deserved retirement after 25 years of hard work, has named his eldest son, Tam, CEO and general manager of both restaurants. The question of ownership, however, has not been broached—and the son fears that doing so could jeopardize his business and personal relationship with his father.

When the case opens, Tam Le is grappling with a host of operational challenges at Pho Hoa that include poor service and variable food delivery times for the menu’s wide array of 150 items. While his father has stepped aside, Tam’s uncle continues to manage the restaurant’s employees and the front of the house. As the case notes, the uncle’s experience and institutional knowledge offer huge potential benefits—but Tam isn’t sure how accepting he will be to the proposed changes.

“When his father managed the food flow, they were fast,” Schlesinger says. “Now they have terrible inconsistencies. How do you take the father’s tacit and profound knowledge and somehow figure out a way to build it into the place?”

What’s a manager to do?
It’s a professional manager’s nightmare. Because the financial numbers aren’t necessarily accurate, “one of the most significant issues is that we really don’t know how well or poorly the business is doing,” says Schlesinger. (An electronic point-of-sale register, purchased through a Vietnamese connection and installed in 2014, is rarely used, the case notes.)

Furthermore, Than is more interested in protecting his cash flow than making improvements. “The son has this acute sensitivity of how does he make the restaurant better without everyone getting angry,” Schlesinger says.

Another issue to be dealt with is that Pho Hoa pays an annual $40,000 franchising fee, although the franchisor adds little to the restaurant’s operations. “These are cultural issues,” says Schlesinger; the case mentions the father’s long-standing relationship with the Vietnamese American franchise owners and the common sense of purpose and responsibility shared by the Vietnamese community as a whole.

“None of these decisions are rational, economically,” he adds. “But good luck trying to get people to change them.”

Blame it on the alcohol
Schlesinger’s student coauthors worked with Tam Le as part of the HBS Neighborhood Business Partnership, a field-based second-year course led by Schlesinger and Senior Lecturer Kristin Mugford. (The case was the end product of an independent project after the course was completed.)

In their initial efforts to boost Pho Hoa’s revenues, increasing lackluster alcohol sales seemed a good place to start. But Raiche and Zhu quickly saw the problem: The servers (largely recent Vietnamese immigrants) assumed that the Vietnamese clientele would never order alcohol, so they didn’t bring the wine and beer list to them. Often, this behavior extended to non-Vietnamese clientele as well, with servers rarely if ever asking for drink orders. The solution seemed obvious: Ask servers to offer the drinks menu along with the food menu, include links on the food menu to alcohol selections, and ask for drink orders.

It didn’t stick. “[The students] came into the restaurant two weeks after implementing this solution, sat down, and didn’t get a drinks menu,” Schlesinger says, smiling. “Then the [school] term ended.”

“We realized that identifying the business issue at hand was relatively easy,” says Raiche. “The minutia required to make it happen was the difficult part.”

Many cases studied at HBS show an existing system, with processes, hierarchy, and incentives that require tweaks of some sort, he continues. “In a small business, those processes might not even be in place. There might not even be an org chart. You’re starting the process with a blank slate.”

“It was a humbling experience,” adds Zhu. “The relationship that Mike and I developed with Tam provided some insight into the typical challenges of a small business that I think will be useful to students who take the course in the future.”

Contemplating change at Pho Hoa
Like any good HBS case, “Pho Hoa” doesn’t present a pat answer to the business challenges at hand. It does note that Tam Le has already turned around Pho Linh, the Quincy restaurant, by decreasing the number of menu items, hiring new staff at higher wages, and renovating the restaurant’s interior.

As his father scales back involvement in Pho Hoa, Tam realizes that significant change is needed to the restaurant’s finances and operations to ensure sustainability, to say nothing of growing revenues—although he has plenty of plans in that regard, including increasing beverage sales, expanding takeout and delivery, and introducing a “small plates” concept.

But why should any of this matter to Harvard MBA students, most of whom will not (most likely) find themselves running a small neighborhood restaurant?

“The viability of these businesses is absolutely critical to neighborhood stabilization and development in a way that big-box retailers can’t possibly be,” Schlesinger responds. “And the learning opportunity for students is incredibly rich. This is the quintessential general manager observation experience. We’re telling students to go take a look, figure it out, and find the problem. Then see if you can get the proprietor to share your point of view. In fact, see if you can get anyone’s attention.”

“No, this isn’t typical HBS fare, but that’s primarily why Mike and I were attracted to the course,” says Zhu. “It’s focused on a segment—and not an insignificant one—that is a big driver of the economy.”