Want to be happier? Spend some money on avoiding household chores

In an age of time scarcity, buying our way out of the negative moments in the day is an important key to happiness, according to research by Ashley V. Whillans, Michael I. Norton, Elizabeth W. Dunn, Paul Smeets, and Rene Bekkers 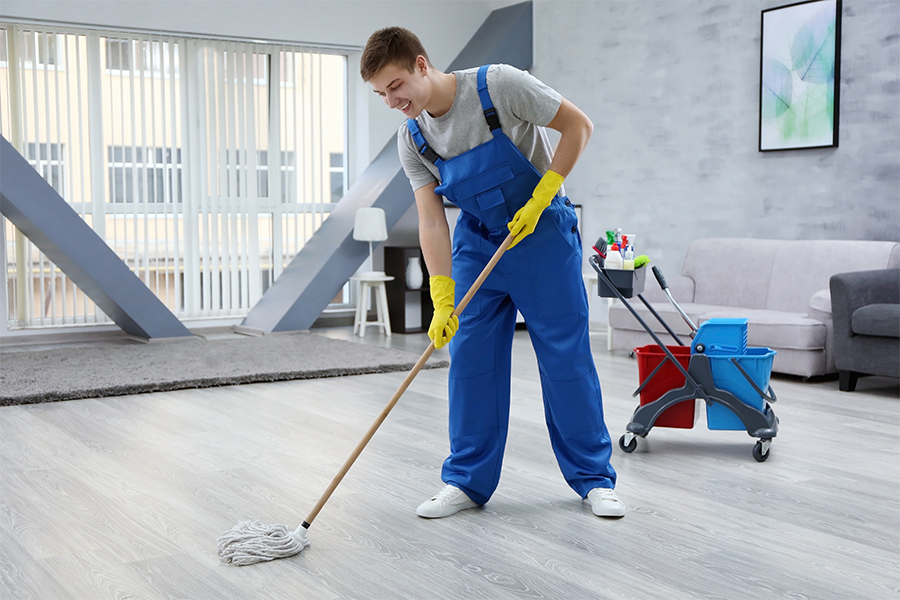 New research finds that we’d all be much happier and healthier campers if we eased up on the cooking, scrubbing, and grocery shopping and instead threw a little money at these problems
Image: Shutterstock
If you’re stressed out because it feels like there are never enough hours in the day, here’s a solution: hire a housecleaner, order takeout, and pay the kid next door to mow the lawn.

In other words, buy yourself more free time.

New research finds that we’d all be much happier and healthier campers if we eased up on the cooking, scrubbing, and grocery shopping and instead threw a little money at these problems.

“We feel like we don’t have enough time to do everything we want to do, and that makes us feel like we’re unable to cope with the demands in our everyday life,” says Harvard Business School Assistant Professor Ashley V. Whillans, who studies how people navigate trade-offs between time and money. “We know that buying into positive experiences—like the movies—is a good predictor of daily happiness. This is one of the first studies to look at buying our way out of the negative moments in the day as another key to happiness.”

As incomes have risen in many countries over recent decades, more people have reported greater “time scarcity.” Those who feel time stress show signs of lower life satisfaction, including more anxiety, poorer eating and exercise habits, and increased insomnia.

“The more time-pressed you feel, the lower your well-being,” Whillans says.

She hopes the study—Buying Time Promotes Happiness, which was published in the August issue of Proceedings of the National Academy of Sciences—might convince us to rethink how we spend the minutes of our finite lives.


“People save for vacations, personal experiences, going out for nice meals, and health care,” Whillans says. “Ideally, I hope this research will get people to think, ‘Hey, how can I spend a little bit of money in a way that will save me time?’”

Whillans co-wrote the study with Michael I. Norton, the Harold M. Brierley Professor of Business Administration at HBS; Elizabeth W. Dunn, a psychology professor at the University of British Columbia; Paul Smeets of Maastricht University in the Netherlands; and Rene Bekkers of Vrije Universiteit in Amsterdam. Norton and Dunn are co-authors of the book Happy Money: The Science of Happier Spending, which says that purchasing experiences, investing in other people, and buying ourselves time makes us happier.

To begin their study, the researchers asked more than 6,000 people in North America and Europe, who earned a variety of incomes, whether they spent money on time-saving services. On both continents, those who outsourced their way out of cooking, cleaning, household maintenance, and other time-sucking tasks reported greater life satisfaction. In the United States, for example, buying time increased happiness about 0.77 on a 10-point scale, which may not seem like much, but it is statistically significant, Whillans said.

The researchers then set out to determine whether buying time actually causes more happiness. They conducted an experiment with 60 working adults in Vancouver, Canada, over two weekends. During one weekend, they gave participants $40 to spend on a time-saving purchase. Some had groceries delivered to their home, others paid for a housecleaning service, and one woman hired a boy in the neighborhood to run errands.

During the other weekend, the same people were given $40 to spend on a material item. People bought a variety of things, including new clothes, board games, and wine.

Afterward, people reported that spending money on time-saving purchases left them in a better mood than spending money on material goods. When people spent money on things, their average happiness score was 3.7 on a 5-point scale, whereas when they bought themselves time, their score averaged 4, a small but statistically significant difference.

Why does buying time boost our spirits? People feel more in control of their day, which could put them in a better place mentally.

Knowing that, Whillans hopes more people will realize that gaining time for money is well worth the expense.

“There are simple, small things you can do,” she says. “Instead of taking a bus to go out to the theater, you could take a cab or you could park in a lot that’s more expensive and closer (to the venue). You’re not walking far. You’re not rushed. You enjoy a glass of wine before your friend meets you there. With that free time, you’ll enjoy your experience more.”

It may seem obvious that deleting miserable chores from our to-do lists would lift our mental well-being, yet people don’t outsource unpleasant jobs all that much—even those who can well afford to do so.

The researchers surveyed hundreds of millionaires in the Netherlands, and almost half reported that they spent no money on outsourcing pesky tasks in a typical month. And when they asked 98 working adults in Canada how they would spend an extra $40, only 2 percent said they would steer money toward time-saving services.

Why? Perhaps people feel guilty avoiding chores—or they worry they’ll be considered lazy if they pay someone else to accomplish something they could do themselves. Or they may not recognize that, say, spending more on rent to live closer to work could put them in a better state of mind.

Swapping money for time might be especially beneficial to women. While women have certainly made strides in gaining better access to educational opportunities and jobs, their life satisfaction has steadily declined, the paper notes. That might be due at least in part to women working during the day, then having to return home to the “second shift” of household duties.

Whillans—who was an actress prior to working in academia and most notably appeared in the 2007 film Juno—was eager to share the study results with her husband to point out that hiring a housecleaner just might create more marital harmony.

“If two partners are busy working full time outside the home, you sometimes have these heated discussions about who’s going to do what chores,” Whillans says. “If you can get someone outside the relationship to do it, that might promote greater relationship satisfaction and protect couples from work-life conflicts.”

Businesses and other organizations should take note of the study results and find ways to increase their employees’ well-being by offering time-saving services—perhaps even in place of financial rewards.

The Stanford School of Medicine did just that with a pilot program that rewarded faculty members with vouchers for meal deliveries, laundry services, and housecleaning. Doctors who participated said they were 20 percent more likely to stay at Stanford, and they also reported a better work-life balance.

Employers could also allow employees to take more random days off just to give them a break.

“We know we are more productive when we take vacation days, but people often don’t take their vacation time,” Whillans says. “Employers could offer workers a couple extra discretionary days where they can stay home just because they want to watch Netflix on a Friday. Companies should start looking at these ideas as a potential path to greater employee happiness.”
Dina Gerdeman is a senior writer for Harvard Business School Working Knowledge

Tweets by @forbesindia
Anant Goenka: One for the road
Flipkart's digital drive