What is the function of fear in leadership?

The president of the United States has equated power with fear. Is there a place for fear in the manager's toolkit? asks James Heskett 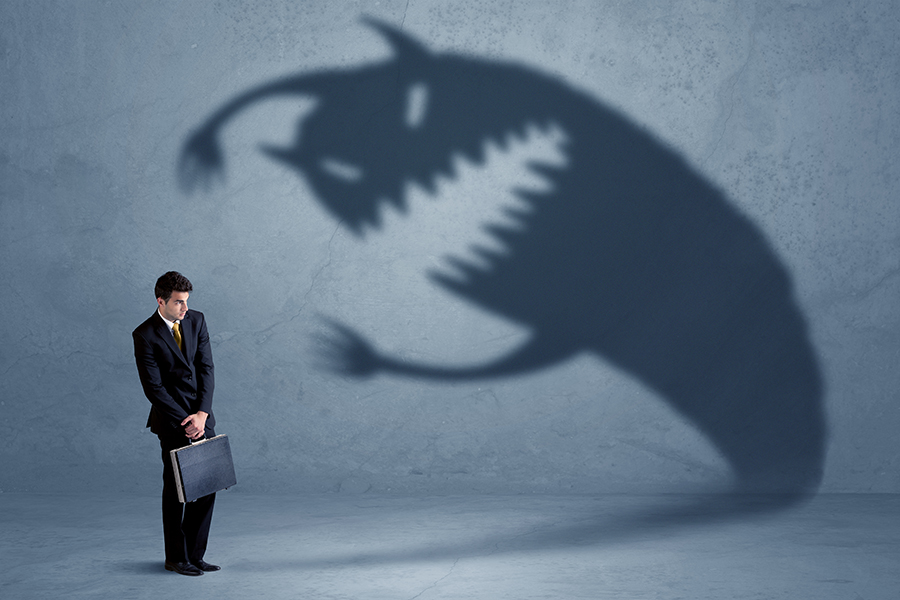 Image: Shutterstock
Recently, the president of the United States was quoted as saying, “Real power is … fear.” A book to be published in November by Amy Edmondson, The Fearless Organization, argues that fear is not a useful tool in a leader’s toolkit when it comes to managing interpersonal relationships in a workplace.

Best known for her studies of teams and teaming (where different team members come together for one specific project after another), Edmonson’s book builds upon what she has found in that work. Specifically, her concern is the degree to which fear—fear of not being included, fear of appearing ignorant, fear of being ignored, fear of being the "skunk at the garden party,"—destroys teamwork, creativity, and innovation.

Psychological safety is the antidote to fear. One of a leader’s primary tasks is creating that safety. To paraphrase the author, a fearless workplace is one where employees feel that their opinions count. A 2017 Gallup poll found that only three in 10 employees strongly agree with the statement that their opinions count at work. Gallup further estimated that by moving the ratio to six in 10, organizations could realize a 27 percent reduction in turnover, a 40 percent reduction in safety incidents, and a 12 percent increase in productivity.

The author reminds us that, “a recent tidal wave of harassment claims highlights the costs of failing to create a psychologically safe workplace for women.”

Edmondson has the numbers to back up her arguments. She has, for example, conducted many studies showing greater learning, performance, and even lower mortality (in a healthcare setting) as a result of psychological safety (PS). She maintains that PS is not a reflection of personality differences but rather a “feature of the workplace that leaders (at all levels) can and must help create.” Different research has  shown that psychological safety fosters employee engagement.

Other studies have provided evidence that fear inhibits learning and cooperation. It fosters an “epidemic of silence.” It is not a motivator, especially in the long run.

Psychological safety builds a better organization
According to Edmondson, psychological safety is not about being nice or lowering performance standards. She labels an organization with high PS and high standards as being in the “Learning & High Performance Zone” while one with high PS and low standards is in the much less desirable “Comfort Zone.” PS by itself is not enough. It has to be combined with high standards as well as “sharing, sharpening, and continually emphasizing a worthy purpose.”

So how does one go about building PS? Edmondson suggests, among other things, reframing failure primarily as an opportunity to learn, emphasizing why “voice” (elimination of fear to contribute) is important, and reminding people of “why what they do matters.” Additional effective approaches include inviting others to participate by being a “don’t knower” who practices “humble listening,” purposeful probing to find out what others are seeing, sincerely expressing appreciation for contributions by others, destigmatizing failure, and, when necessary, sanctioning actions by members of the organization that increase rather than reduce fear.

Accept the notion that fear doesn’t belong in the workplace. This leaves us with the question of whether fear is a useful lever in such areas as negotiation, competition, or personal performance (as in fear of failure). If so, is it hard to compartmentalize the use of fear in these realms? Does the practice tend to spill over into the management of interpersonal relations? What is the function of fear in leadership? What do you think?


[This article was provided with permission from Harvard Business School Working Knowledge.]

Tweets by @forbes_india
India Rich List 2018: A few rise in a flat year
Oyo: There's room at the top