Are technology companies ripe for disruption?

Today's tech products seem increasingly stuffed, full of features most users don't want - kindling for igniting Clayton Christensen's disruptive innovation. Is information technology the next industry to be disrupted? What do you think? 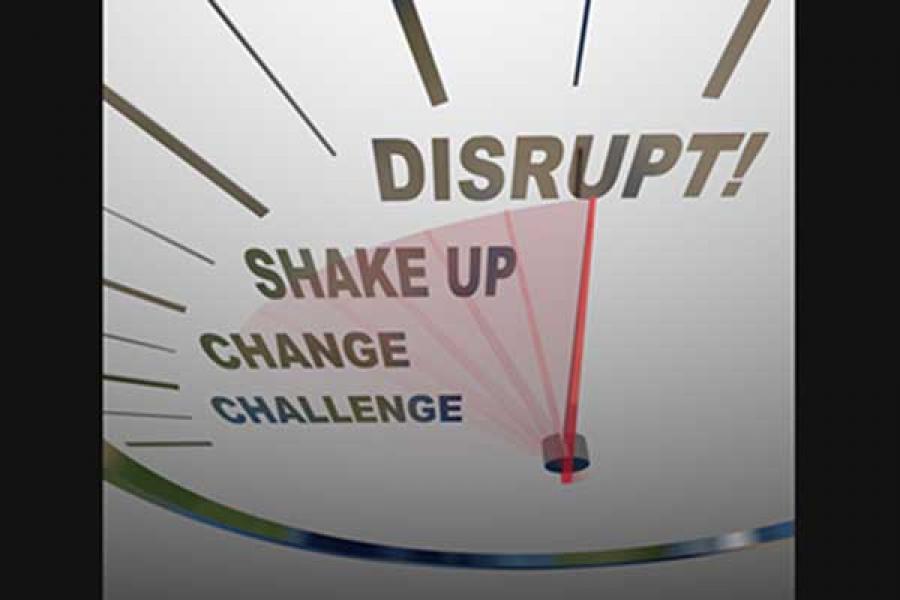 I ask myself why I understand so little of the policy issues, product discussions, and even general news coming out of the tech world. That's my problem. I need to fix it by doing what Jack Welch asked all of his senior colleagues at GE to do: find a mentor no older than 30 to help me update my tech skills and knowledge.

Is it my imagination, or has the world of information technology become so inbred that it is losing touch with users, particularly those of a certain age? If it's not my imagination, that's the tech world's problem and opportunity. At the risk of employing the most overused and misused term of the decade, are the masters of disruption themselves providing attractive opportunities to those who would disrupt them?

Clay Christensen's original concept of disruption is very simple. It concerns the successful development of products and simple solutions with less functionality and much lower prices than competitors locked into a product development strategy calling for growth through product obsolescence and more and more largely unused but expensive bells and whistles.

We're told that the typical user of information technology today utilizes less than 5 percent of the capability made available by today's hardware and software. A small number of basic functions repeatedly are put to good use by the typical user. They are the need-to-have functions. The functions thought by designers to be nice to have may enhance marketing efforts and satisfy software engineers' desires to make complex things, but they largely go unused. For some, they even make access to "need to have" functions more confusing.

How has this come to pass? Is it that much of the information technology we confront these days is the output of a small group of entrepreneurs, engineers, and venture capitalists located in close proximity to one another, frequenting the same restaurants, and speaking a language of their own? They represent a classic "cluster" from the world of competitive strategy. But are they denied exposure to consumers who are different from them in age, educational background, technological sophistication, and, as claimed in a recent, well publicized lawsuit, gender?

My inspiration for these rants is Scott Cook (HBS MBA '76), co-founder of Intuit and a true disruptor. From its founding Intuit, quickly became the leading producer of personal and small-business financial software. It did it by providing simple and inexpensive solutions to everyday problems. Initially it solved a problem in Scott's family of balancing the checkbook. Intuit is said to have been the 47th software company to address the problem. It did it by using as a metaphor the familiar checks and checkbooks that could be manipulated in non-threatening ways on a computer screen. Scott likes to say that Intuit had 47th mover advantage, in part because it adopted a strategy that identified the pencil as the company's most important competitor. As a result, Intuit has dominated markets and badly beaten Microsoft at the personal finance software game. And it has done so by hiring software engineers that are hard to find in Silicon Valley—those who actually like to design products that are simpler than those of competitors. Cook's company disrupted its industry.

This prompts several questions. Are information technology companies subject to the same kinds of blinkered strategies experienced in more traditional industries? Has there been sufficient effort to disrupt them? Or are my perceptions those of a generationally handicapped and challenged observer? Is it time for more disruption in infotech? If so, what will it take to achieve it? What do you think?