Fool vs. Jerk: Whom Would You Hire?

When given the choice of whom to work with, people will pick one person over another for any number of reasons: the prestige of being associated with a star performer, for example, or the hope that spending time with a strategically placed superior will further their careers. But in most cases, people choose their work partners according to two criteria. One is competence at the job (Does Joe know what he's doing?). The other is likability (Is Joe enjoyable to work with?). Obviously, both things matter. Less obvious is how much they matter—and exactly how they matter.

To gain some insight into these questions, we studied four organizations selected to reflect a wide range of attributes—for-profit and nonprofit, large and small, North American and European. We asked people to indicate how often they had work-related interactions with every other person in the organization. We then asked them to rate all the other people in the company in terms of how much they personally liked each one and how well each did his or her job. 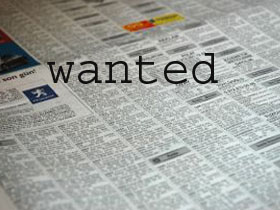 These two criteria—competence and likability—combine to produce four archetypes: the competent jerk, who knows a lot but is unpleasant to deal with; the lovable fool, who doesn't know much but is a delight to have around; the lovable star, who's both smart and likable; and the incompetent jerk, who…well, that's self-explanatory. These archetypes are caricatures, of course: Organizations usually—well, much of the time—weed out both the hopelessly incompetent and the socially clueless. Still, people in an organization can be roughly classified using a simple matrix.

Ask managers about this choice—and we've asked many of them, both as part of our research and in executive education programs we teach—and you'll often hear them say that when it comes to getting a job done, of course competence trumps likability. "I can defuse my antipathy toward the jerk if he's competent, but I can't train someone who's incompetent," says the CIO at a large engineering company. Or, in the words of a knowledge management executive in the IT department of a professional services firm: "I really care about the skills and expertise you bring to the table. If you're a nice person on top of that, that's simply a bonus."

But despite what such people might say about their preferences, the reverse turned out to be true in practice in the organizations we analyzed. Personal feelings played a more important role in forming work relationships—not friendships at work but job-oriented relationships—than is commonly acknowledged. They were even more important than evaluations of competence. In fact, feelings worked as a gating factor: We found that if someone is strongly disliked, it's almost irrelevant whether or not she is competent; people won't want to work with her anyway. By contrast, if someone is liked, his colleagues will seek out every little bit of competence he has to offer. And this tendency didn't exist only in extreme cases; it was true across the board. Generally speaking, a little extra likability goes a longer way than a little extra competence in making someone desirable to work with. [...]

Yet is such a choice unprofessional? Is it a mistake to steer clear of the competent jerk when we have a job to do? Sometimes, yes. We may forgo the opportunity to tap a competent jerk's knowledge and skills because we don't want to deal with his patronizing, brusque, or otherwise unpleasant attitude—which is arguably a modest price to pay for the valuable assistance he can provide. We may even shun the jerk simply to deny him the satisfaction of lording his knowledge over us.

But there are justifiable reasons to avoid the jerk. Sometimes it can be difficult to pry the needed information from him simply because he is a jerk. And knowledge often requires explanation to be useful—you might, for instance, want to brainstorm with someone or ask follow-up questions—and this kind of interaction may be difficult with a competent jerk. Furthermore, in order to learn, you often have to reveal your vulnerabilities, which also may be difficult with the competent jerk—especially if you are afraid of how this might affect your reputation in his eyes or in the eyes of others to whom he may reveal your limitations. By contrast, the lovable fool may be more likely to freely share whatever (albeit modest) information or skills he has and, without any intention of gaining an advantage, help others put them to use. The likability bias: Pros and cons
Some people are liked pretty much universally. In other cases, likability is relative: One person's friend may be another one's jerk. This is because our positive feelings can result from people's inherent attributes or from the situations we find ourselves in with them. This distinction is important to keep in mind as we try to manage this tendency of people to favor likability over competence in their choice of work partners.

Social psychologists have long known that we like people who are similar to us; people we are familiar with; people who have reciprocal positive feelings about us; and people who are inherently attractive, either in their appearance or their personality—that is, they are considerate, cheerful, generous, and so on. Each of these sources of personal likability can contribute, for better or worse, to the formation of an informal network.

For Better. That we like people who are similar to us—for example, in their background, their beliefs, their interests, their personal style—is one of the most solidly documented findings in the social sciences. After all, these people make us feel good because they reaffirm the validity of our own characteristics and attitudes. But there's a business, as well as a psychological, benefit when similar people choose to work together: Their similar values, ways of thinking, and communication styles help projects flow smoothly and quickly.

Benefits also result when we work with people who aren't necessarily similar, but are familiar, to us. When you launch into a task with those you already know, you don't waste a lot of time figuring out what to expect from them or explaining what you mean every time you say something. In addition, because you are usually relatively comfortable with individuals you know, you're likely to be more accepting of their differences.

We also like to work with people who seem to like us. This can produce a virtuous circle in which everyone is more open to new ideas, more willing to help, and more trusting than would typically be the case. A similarly positive environment can be created if you work with someone who has an attractive personality—someone who is empathetic, for example, or generous. You know that you'll have liberal access to her intellectual resources, however abundant or modest they may be, and are likely to reciprocate by freely sharing your own knowledge.

And a person who is physically attractive? Well, in such a case, the job you do together can be, in some indefinable way, simply a bit more enjoyable than usual.

For Worse. One of the greatest drawbacks of choosing to work with similar people is the limited range of perspectives that a homogeneous group often brings to bear on a problem. A diverse collection of colleagues—whatever the tensions and misunderstandings that arise because of their differences—provides an array of perspectives that can lead to truly innovative approaches to accomplishing a task.

Even groups composed not of similar souls but merely of people who are very familiar with one another miss the chance to integrate the fresh perspective that new players bring to a project. Working with the same old colleagues can also dampen debate: People may hesitate to challenge or reject a bad idea put forward by someone they know and like.

There is also an obvious downside when we gravitate toward people because they like us or because they are pleasant to work with. These individuals, however terrific they may be, aren't necessarily the ones most suited to tackling the task at hand. The required expertise or knowledge may lie elsewhere, in someone who in fact doesn't like us that much or isn't attractive.

One other danger of people working primarily with those they like: They may simply have a good time and get nothing done. An experienced venture capitalist recalls the case of a very capable manager who hired individuals based on his personal affinity with them. "His team had a great time going out for a beer, but the quality of their work was seriously compromised," says the dismayed investor. "If you keep hiring only people you like, you can kill a company."

The objective, therefore, is to leverage the power of liking while avoiding the negative consequences of people's "affect-based choice"—to use the psychological term—of work partners. Keep in mind that we're not talking here about formal work relationships: You work with your boss and your direct counterparts in other divisions whether you like them or not. We're talking only about people's choices of informal, though work-related, interactions. Even so, that doesn't preclude executives from doing some things that will positively affect those interactions and the often task-crucial informal networks that grow out of them.