How our brain determines if the product is worth the price

Are consumers more likely to buy if they see the price before the product, or vice versa? Uma Karmarkar and colleagues scan the brains of shoppers to find out 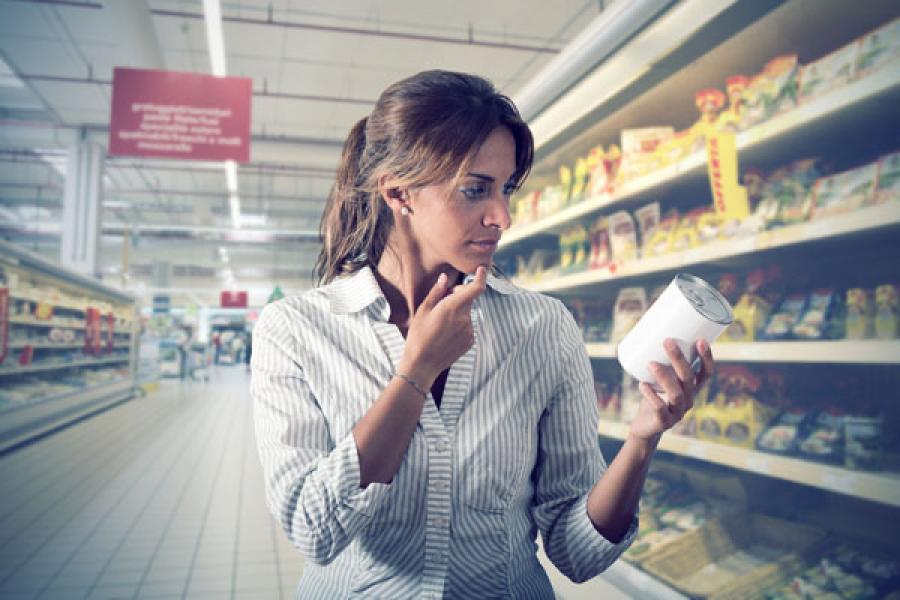 Think of the last time you went shopping.

By the time you decided to buy a product, you knew both what you were buying and how much it cost. But was your decision affected by whether you saw the price or the product first? That's the question at the heart of new experimental research that uses neuroscience tools to shed light on how our brains make purchasing decisions.

"We were interested in whether considering the price first changed how people thought about the decision process, and whether it changed the way the brain coded the value of a product," says Uma R. Karmarkar, a neuroscientist and assistant professor in the Marketing unit at Harvard Business School, who conducted the research with Baba Shiv, a marketing professor and neuroeconomics expert at Stanford University's Graduate School of Business, and Brian Knutson, an associate professor of psychology and neuroscience at Stanford. "Because we had neuroscience tools at our disposal, we had the benefit of exploring both those questions," Karmarkar says.

The researchers found that price primacy (viewing the price first) makes consumers more likely to focus on whether a product is worth its price, and consequently can help induce the purchase of specific kinds of bargain-priced items. Their study, Cost Conscious? The Neural and Behavioral Impact of Price Primacy on Decision-Making, will appear in a forthcoming issue of the Journal of Marketing Research.

The research could help retailers and marketers decide when it's best to lead with price, which products work best with that strategy, and how to frame sales messages to consumers. (HBS related research on how consumers view pricing can be found in the article Deconstructing the Price Tag.)
The brain shopping experiment

In a series of experiments, participants went shopping—while lying on their backs inside a functional magnetic resonance imaging (fMRI) machine. The fMRI uses a giant electro-magnet, often 3 teslas strong, to track the blood flow throughout the brain as test subjects respond to sensory cues. In this case, participants were responding to pictures of products and their prices.

In the first experiment, conducted at an imaging center on the Stanford University campus, each participant was given $40 of shopping money before viewing a series of 80 products and their prices on a screen inside the fMRI machine. "This made the shopping experience more real," Karmarkar says.

To encourage purchasing, the products were offered at sub-retail prices. Sometimes participants saw the price first, and sometimes they saw the product first. But in every case, they eventually saw an image of both the product and the price presented together. At that point, they chose whether to purchase the product, indicating yes or no with the push of a button. After exiting the machine, participants filled out a survey to rate how much they had liked each product, on a scale of 1 to 7.

The researchers focused on brain activity at the moment participants saw the product and price presented together. They were most interested in the medial prefrontal cortex (the area in the brain that deals with estimating decision value) and the nucleus accumbens (an area that's been called the pleasure center, and whose activity is correlated with whether a product is viscerally desirable). "What we cared about was whether the neural patterns in these areas looked different at the point when the information on the screen was eventually the same," Karmarkar says.

That said, price primacy didn't have much of an effect on actual purchasing behavior. Participants bought about the same number of items and reported similar "liking" ratings regardless of whether they had seen a product or price first. The researchers suspected that even if participants were more critical of a product's value in the price primacy condition, the products were equally attractive under both conditions.
Most of the participants were in their 20s, and most of the products in appealed to their demographic—movies, clothing, noise-canceling headphones, and so on. "If you really love something, and you can afford it, you're going to buy it," Karmarkar says. "For those kinds of 'easy' decisions, it doesn't matter much whether the product or the price comes first."

And while the results of this initial experiment had been significant to neuroscience, Karmarkar's team also wanted to show that their research could have real-world implications for retailers—a direct effect on whether a consumer decided to buy a product. They hypothesized that price primacy might actually increase the likelihood of buying products, but only if the decision was related more to the product's usefulness than to pure emotional desire.

Water filtration pitchers and batteries
To that end, the researchers designed a follow-up study in which 83 participants sat at their computers, evaluating arguably boring but utilitarian products: a water filtration pitcher, a pack of AA batteries, a USB drive, and a flashlight. Similar to the fMRI study, the products were offered at a discount.

For all four products, participants viewed only a price or only a picture of the product for eight seconds, followed by a decision screen displaying both price and product. They then indicated the extent to which they wanted to buy the items on a scale from 0 to 100, with anything above a 50 categorized as intent to purchase the product.

This time, price primacy had a direct effect on purchasing decision. Participants were significantly more likely to purchase a product if they saw the price first than if they saw the product first. For retailers this indicates that it makes sense to lead with the price, at least when advertising utilitarian items. At the same time, in cases where they advertise prices first, retailers may want to go out of their way to highlight a product's functionality over its form.

But the research also revealed a notable caveat: After participants indicated whether they wanted to buy a product, they reported exactly how much they'd personally be willing to pay for the item, typing a dollar amount into an online form. Surprisingly, the average willingness-to-pay amount was slightly lower in cases where they had viewed the price first. This indicates that if retailers want to take advantage of price primacy, they need to advertise true bargains. So, for insance, a gigantic neon sign advertising $5 off a $20,000 car? That's going to turn customers away.

"If it's an insignificant discount, then you're actually putting yourself at a disadvantage by highlighting the price first, because people are now cognitively scrutinizing the price and making sure it's worth it," Karmarkar says. "You can't just try to fool people into thinking it's a great price."