Negotiating deals from a position of powerlessness

When you are negotiating a deal, it pays to have viable alternatives to fall back on – or at least that's what most people think. New research suggests that being powerless can be liberating and help you achieve better deals

By Michael Schaerer and Roderick Swaab

Negotiators are strongly advised to identify viable alternatives that they can fall back on during a negotiation. After all, alternatives give negotiators the power to extract more concessions from their opponent. The better your BATNA (Best Alternative To a Negotiated Agreement) the less dependent you are on the other negotiator for finalising a deal. In fact, past research has shown that negotiators with better alternatives generally end up with superior outcomes because alternatives offer the luxury to walk away from the bargaining table.

But having a fallback option is not always beneficial. In fact, when the alternative option is weak, it can actually be detrimental for negotiating outcomes – even more so than having no alternative at all. 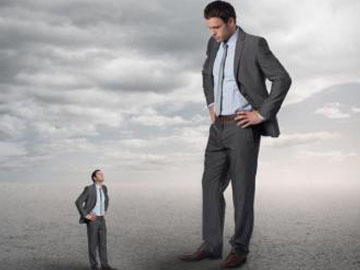 Image: courtesy Insead
Why powerlessness can be liberating
Take Leigh Steinberg, for example, who is one of the most prolific and successful sports agents in the world and the real-life inspiration for the title character in the movie Jerry Maguire. In his new book “The Agent” Steinberg tells the story of how he signed his very first football client in 1975, quarterback Steve Bartkowski. However, negotiating a rookie contract for Bartkowski seemed like a tremendous challenge because he had virtually no offers. Despite their powerlessness, Steinberg made the bold move when he offered Bartkowski’s services to the Atlanta Falcons for an unheard of amount of US$750,000 for a four-year contract—more than any football player had ever been paid. Although the Atlanta Falcons were outraged, they eventually agreed to sign Bartkowski for US$600,000 over four years, the most lucrative rookie contract in NFL history at the time.

Steinberg’s negotiation with the Atlanta Falcons illustrates that having no alternatives and being completely powerless can allow negotiators to reach more profitable agreements than having any alternative.

To explain why this is the case, we relied on the anchoring effect. Anchoring is a widespread cognitive bias and refers to the human tendency to rely too heavily on one piece of information (often a numeric value) when making judgments or decisions. And because negotiators anchor on the value of their alternatives when making their first offer, those with weak alternatives are likely to be more constrained and make lower first offers than those with no alternative at all. This has important consequences for the negotiation outcome because negotiators who make higher first offers generally end up with better deals than those who make lower first offers, especially so in competitive negotiations involving a single issue.

So, if Steinberg had managed to secure a weak alternative offer for Bartkowski, say US$150,000, he would have relied heavily on this anchor and may have made a more modest first offer than the US$750,000 he originally asked for.

Alternatives not only make you powerful but also weigh down your first offer
We tested this idea in our article, Anchors Weigh More than Power: Why Absolute Powerlessness Liberates Negotiators to Achieve Better Outcomes, co-authored with Adam Galinsky, Professor of Business at Columbia Business School.


Next, we wanted to examine whether negotiators with a weak or with no alternative would make higher first bids.  We recruited a group of participants and told them to imagine that they were selling a secondhand CD by The Rolling Stones. We then randomly assigned them to three groups and gave each group different information about their alternatives. The first group was told that they had no alternative offers. Thus, if the negotiation failed they would end up with no money. The second group was told that another buyer had offered just US$2 for the CD. And the third group was told that another buyer had offered US$8. In other words, some negotiators had no alternative, some had a weak alternative, and some had a strong alternative. We then asked all participants to make a first offer and to indicate how powerful they felt.

Powerlessness can help negotiators seal the deal
We then took our research one step further to see whether negotiators without alternatives would not only make higher first offers but also achieve better agreements than those with unattractive alternatives. In the next experiment, participants were put in pairs and took the role of a buyer and a seller. The seller had a Starbucks mug to sell and would meet face-to-face with the potential buyer. Before the meeting, however, the seller got a phone call from another buyer (for which we used a laboratory confederate). In half the cases, the caller informed the seller that he was not interested in buying the mug. In the other half other cases, the caller made a low-ball offer to the seller. After the phone call, the seller went into another room and negotiated face-to-face with the buyer.

The results again backed up our predictions.  Sellers without an alternative offer felt less powerful, but made higher first offers and negotiated a considerably higher sales price for the mug than sellers with a weak alternative.

Thus, negotiators who are unable to obtain strong alternatives should be wary of low anchors. In contrast, negotiators without any alternative may not have to worry about their powerlessness and instead should spend their resources on making the right first offer.